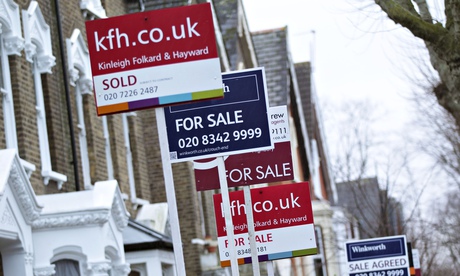 Global investors are betting on a substantial property boom despite warnings that housing in many countries is already overvalued.

According to a large study, sovereign wealth funds are seeking to boost returns by placing a larger proportion of their funds than last year in property, infrastructure projects and emerging markets.

More than half of respondents said they increased their property portfolios to benefit from a long-term rise in land and real estate values in developed- and developing-world markets.

The survey, by fund manager Invesco, found that while safer assets in the west remained the first choice of investors, the demand for bigger returns had accelerated investments in riskier assets.

Fifty-two funds worth more than $5.7tn (£3.4tn) responded to the survey, which tracks the investment preferences of the world's largest government-backed investment groups. Norway's $878bn pension fund is the most valuable.

Alongside an increase in funds for property investment, sovereign wealth funds also spent 2013 pumping more money into private equity, hedge funds, infrastructure projects and commodities to offset low returns on sovereign bonds and move away from volatile equity markets. Among western nations, funds said Britain's political stability and welcoming attitude to foreign investment made it the first choice. Latin America, Africa and China were among the developing regions to benefit from sovereign wealth fund investments.

The funds have seen their coffers swell in recent years following a recovery in stock markets and a huge influx of cash from their sponsoring nations, which have channelled trade surpluses in their direction. Total fund assets are understood to be in excess of $30tn, though much of it is held in offshore tax havens where assets remain cloaked in secrecy.

Invesco said the sharp increase in cash, mostly generated by selling oil and gas and other commodities, has forced sovereign wealth funds to look at longer-term strategic investments for more sustainable profits.

The report found that 51% of respondents increased their exposure to real estate relative to the rest of their portfolio and 29% increased the proportion invested in private equity. Investments in infrastructure, hedge funds and commodities were also projected to increase this year by more than investments in equities or bonds, it added.

The findings come despite warnings from the IMF that house prices are well above their historical average in many countries.

The global lender of last resort said this month that the acceleration in global house prices from already high levels is now a threat to economic stability.

It cited Australia, Belgium, Canada, Norway and Sweden as some of the countries that have failed to bring down prices to historic norms. Dubai is among several emerging nations to experience 20% or more house price gains in the last year.

Nick Tolchard, co-chair of Invesco's global sovereign group, said fund managers were limiting the risk of a housing crash by looking beyond property hotspots to cheaper cities and regions.

"These types of fund don't have fixed liabilities and so can take a longer view and take more risks. Property represents a good long term capital return and consistent yield. Our sense is that funds are not investing in areas at risk of a bubble, but a more diversified portfolio," he said.

The survey found global infrastructure was particularly popular, with 47% of sovereign investors increasing their exposure in 2013 compared to 22% in 2012.

"Britain came out top among the top 10 funds as a target for investment and clearly real estate is a part of that. But they are also looking at infrastructure, especially now that investment vehicles backing individual projects are becoming more available," he added.