The 62 areas where houses are less affordable than London 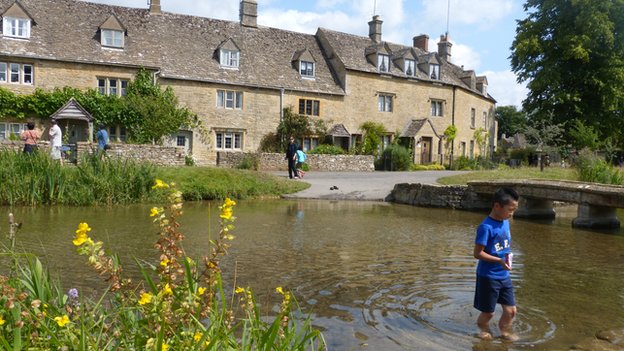 London is the most expensive place to buy a home in the UK, right?

House prices themselves may indeed be the highest in the capital, but there are other places in rural areas which are - relatively speaking - more expensive.

By taking local salaries into account, it is possible to map the affordability of homes for the people who live in those areas.

Under that affordability measure, there are no fewer than 62 English local authority areas which are pricier than London.

The research, from the National Housing Federation (NHF), suggests the current house price boom may have hit some people struggling to buy in the countryside even harder than those looking in towns.

In the capital the latest full-year figures show that the average wage is £39,920, while the average house price is about £400,000.

But in South Buckinghamshire, in towns like Amersham and Beaconsfield, the average home is worth 20 times as much as the annual local salary.

Outside the South East, the place where houses are least affordable is the Cotswolds, where they cost 19 times wages.

The countryside may be scenic, but that is little compensation when the average worker, putting a third of his or her salary into a mortgage, would need over 60 years to pay it off.

Other unaffordable hotspots include Chichester, Purbeck in Dorset, and South Hams in Devon. The most affordable rural location is Copeland, in West Cumbria. 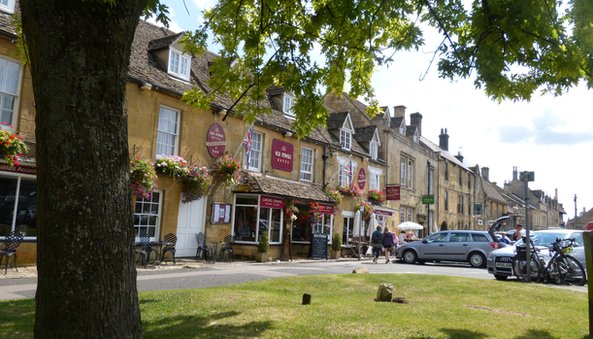 Stow on the Wold, in the Cotswolds, where two-bedroom flats cost half a million pounds

"I shall be disappointed if I only get £550,000 for it," says Mike Golding, as he shows me into a two-bedroom, first-floor flat he is selling.

It has no garden, few proper windows, and no view to speak of.

But such prices are not excessive in Stow on the Wold, a pretty market town in the Cotswolds, where the undersupply of affordable housing is matched only by the oversupply of Barbour jackets, local organic brie and bow-windowed tea shops. 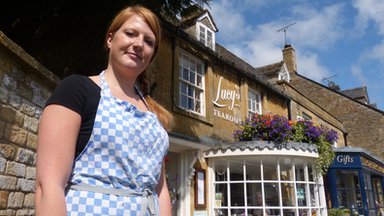 "We have been priced out of the market," says Anna Wright

One such tea shop is run by Anna Wright and her mother.

She and her boyfriend have been looking for a house to buy, but, faced with prices like the above, they have given up looking in Stow.

"We have been priced out of the market," she says.

"You are privileged to grow up in the Cotswolds, but there's never an expectation of buying a house here," she tells me.

A few doors down, 21-year-old shop worker Nicola O'Driscoll is in the same position.

She has been forced to look for a flat in Cheltenham, no less than 18 miles away.

"It's really unfair. I feel like they don't want youngsters to live around here. Because there's no way they can," she says.

Some 32% of Stow's population is already over the age of 65, double the national average.

A lot of rural communities are becoming playgrounds for the rich

"Stow is a honey pot for retirees," says Alun White of the town council, who warns that house prices are "ridiculously high", and "a very difficult problem".

The NHF is also concerned about the problem of second homes in places like Stow - bought up as weekend retreats by Londoners.

With many of those lying empty in the winter, local shops, pubs and transport services all suffer.

"A lot of rural communities are becoming playgrounds for the rich," says Monica Burns of the NHF.

"Local residents are left stranded with no buses, and accommodation they can't afford," she says.

The local authority says it is doing all it can to help.

Over the last four years Cotswold District Council has built 556 affordable homes in the area.

It has also given higher priority to local people on its housing list, and toughened the affordability criteria.

But in an area of such excessive prices, discounts are often too small to make a significant difference.