Demand for rental properties across the UK grows by 18pc on an annual basis amid shrinking supply, report finds

Demand for rental properties across the UK has risen by 18pc annually and by 7pc since June, while supply has fallen by 19pc and 1pc respectively Photo: PA

Demand for UK rental property has soared over the past twelve months, with seven tenants now chasing every new property on the market, according to a report.

The surge has pushed up rents across Britain, according to Sequence, which analysed the prices of hundreds of lettings from estate agents including Barnard Marcus and William H Brown. The average UK tenant outside London paid £697-a-month in rent in July compared with £670 a year ago, while rents in London increased by 6pc to £1,515. 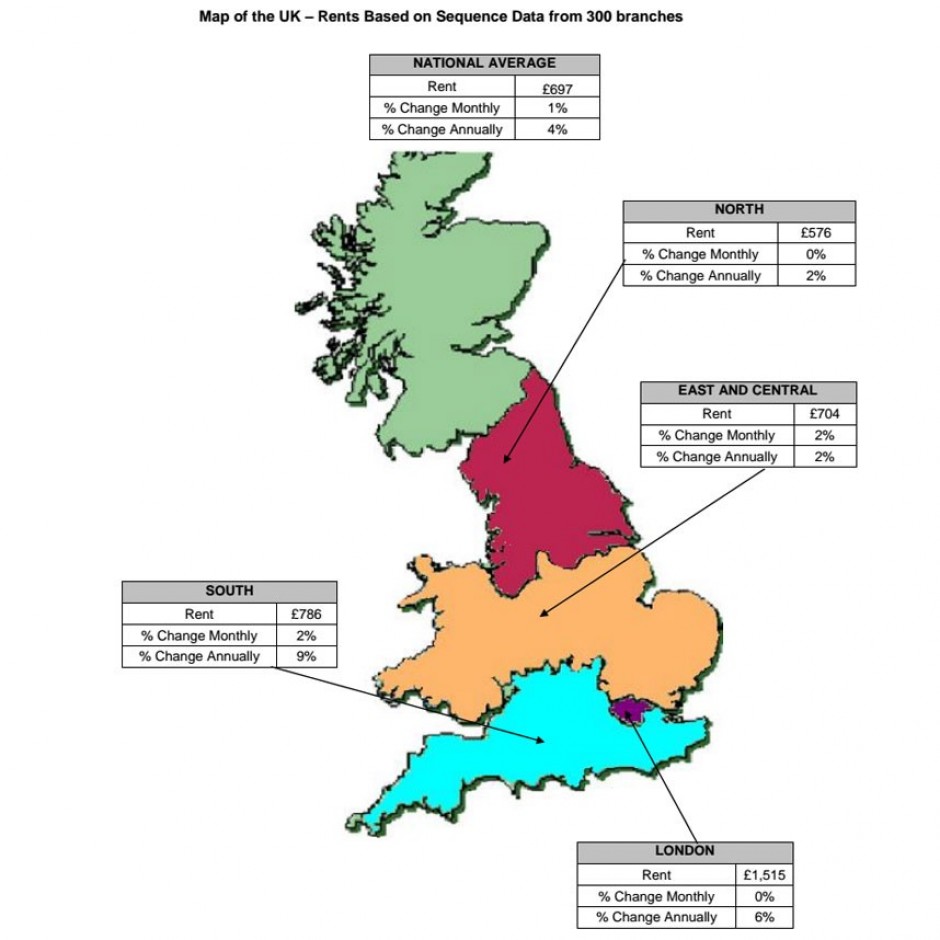 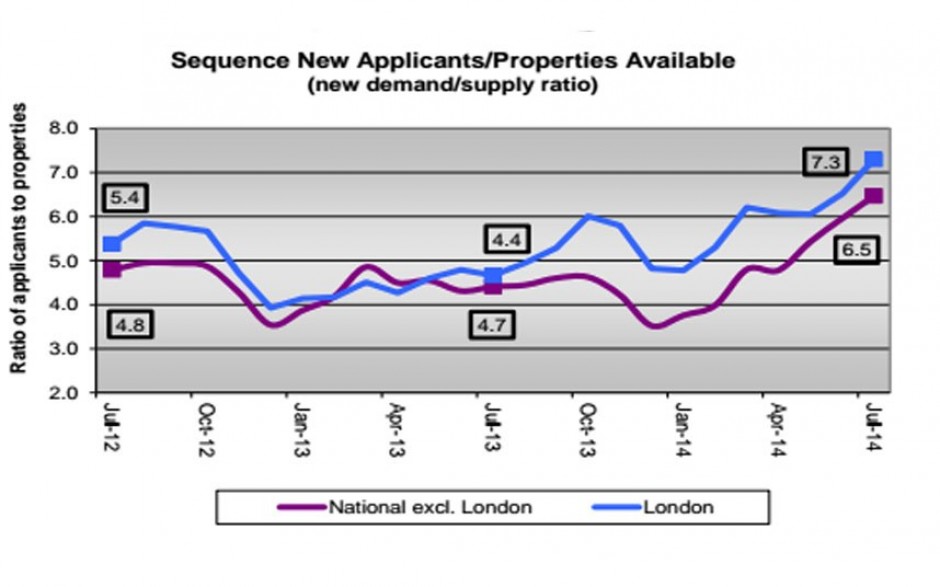 The rental market across the UK is increasingly competitive with demand rising at the same rate at which supply is dropping [while] activity in Londons rental market is even more abuzz," said Stephen Nation, Sequence's head of lettings. "This severe shortage of rental properties coming onto the market means that rents in the Capital have increased by 6pc annually to £1,515 per month."

A strengthening rental market is traditionally associated with weaker buyer demand, as more households choose renting over home ownership. However, several house price indices suggest that while the property market is cooling, demand remains strong, suggesting there is a shortage of properties available to rent and buy.

The rent increases are also well above average wage growth, putting more pressure on Britain's hard-pressed households. According to the Office for National Statistics, total pay including bonuses contracted by 0.2pc in the three months to June compared with a year earlier, while regular pay climbed by just 0.6pc.

Sequence expects the rental shortage to ease in the coming months. Mr Nation said the recent relaxation of pension rules had encouraged more people to plough funds into property as a way of shoring up their retirement provisions. Applications for buy-to-let mortgage have risen by a fifth since last year and 3pc since June. "This should filter down to the supply level over the coming months so ease the shortage of property to rent, he said.

"Brokers are promoting the higher number of buy-to-let mortgage products on the market as lenders put more emphasis on lending to lower loan to value buy-to-let borrowers," the report said.