People are losing their homes. Lets do something about this housing crisis


I can no longer afford my home, and I know Im not the only one. Affordable housing is a distant dream for thousands. We need to act now 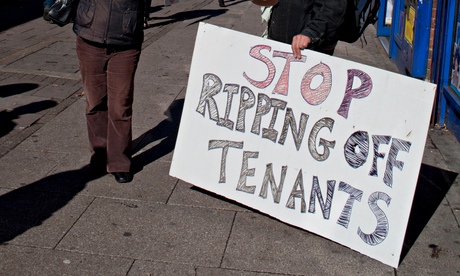 'Its difficult to express the emotions that you experience when you suddenly realise that what you thought was your home could be swept out from underneath your feet.' Photograph: Patricia Phillips /Alamy

On Monday this week, my boyfriend came home clutching a letter and looking shell-shocked. Our landlords, a housing association that rents us our flat privately, had taken the decision to raise our rent by £400 a month to bring it in line with the market. Fair enough, some might say, but it means that our home  the home that we have made together  has gone from being just about affordable to not being a viable option.

In the midst of the UKs current housing crisis, it was, I suppose, only to be expected. Its difficult to express the emotions that you experience when you suddenly realise that what you thought was your home could be swept out from underneath your feet. Now I know that a rented home is never yours.

I have no doubt that the feelings of heartbreak Ive been experiencing this week are well known to the thousands of people our age who are struggling to keep a roof above their heads. Whether its the bedroom tax forcing people even further into poverty, or being at the mercy of private landlords, this is a country in crisis. Like many Londoners, I spend around 50% of my income on rent, a burden that, when combined with the fact that one-third of MPs are landlords, has kept my anger bubbling in a low-level kind of way. But now I am truly angry. And I know that other people out there are too. When theyre not numb with hopelessness, theyre furious.

There are things, of course, that we and others can do. We could return our flat to its former state, where the living room was rented out and even the airing cupboard was occupied. A living room is a luxury in London, as is, perhaps, a cupboard: last week the Sunday Times investigated the phenomenon of hutching, which means, essentially, people living in cupboards or corners or mezzanines because they cant afford a room. We could move, away from friends and my mum and the place where I was born, my roots, as many others are forced to do. Individuals can make changes, and we will be forced to do so, but the system needs to change too. Nor is this a London-specific problem  a young Scottish mother told me how having to sell her dead fathers wedding ring in order to stop her children being on the street broke her.

Thats how it feels, the thought of having your home taken away  it feels like it might break you. The private rental sector has doubled in size since 1992 to 4m households. This, according to the Chartered Institute of Housing, accounts for 18% of all households in England. It is age-specific, too: the percentage of private tenants aged 25 to 34 rose from 31% in 2008-09 to 45% in 2012-13. According to Halifax, it would be cheaper to buy your property in most parts of the country than it would be to rent it (the average tenant of a three-bedroom house would save £1,300 a year if they could buy it instead of continuing to rent), but rent prices  combined with the cost-of-living crisis  make saving for a deposit incredibly challenging. And thats to say nothing of the instability of some leases  we have an assured shorthold tenancy, which means it can be terminated with a months notice, and we have been given 30 days to find the extra money. Some leases are as short as six months. Though Ed Miliband has pledged to make three-year tenancies the standard and wants to abolish letting agents fees, as well as introducing a cap on annual rent increases, these reforms stop short of proper rent control. The market will still decide, and as long as the market remains out of step with wages, people will struggle.

Since taking part in the student protests I have sometimes despaired at the apathy of my generation. There are so many angry people, but underneath there is an undercurrent of hopelessness, the feeling that there is nothing that you can do to change a system in which affordable housing is a distant dream for so many. The only area in which I havent seen that apathy, and instead have seen real, powerful activism taking place, is in feminism. The success of Everyday Sexism  which has led to its founder, Laura Bates, speaking at the UN, meeting senior politicians, and changing the way the police deal with sexual assault on public transport; and of organisations such as Daughters of Eve, whose campaigning on FGM has made the establishment stand up and take notice for the first time, has been incredible. I realise that, to some, having mothers names on marriage certificates (the focus of another recent, successful feminist campaign), is not all that significant, but to me all these women are an inspiration.

Why not, I thought, do the same for housing? The internet has provided people with a voice, and those voices deserve to be heard, and I have something of a platform from which to tell these stories. Having written about the housing crisis, people contact me to tell of their difficulties every day, so why not create a forum for it? And so, in a burst of anger I created the Twitter account @rentnightmares. If it takes off, I hope it will provide the establishment with a snapshot of the terrible conditions and struggles with which many people are forced to live every day. It could even change policy, if enough people get involved. Already, contributors are supporting one another, directing each other towards relevant legislation, telling each other dont despair.

There are so many stories that deserve to be told, and politicians and landlords need to hear them. Perhaps if we garner enough support they might even deign to meet with us, to look us in the face and maybe even listen.