Both the prime minister and his deputy have talked up the prospect of new garden cities for several years.


Both the prime minister and his deputy have talked up the prospect of new garden cities for several years. 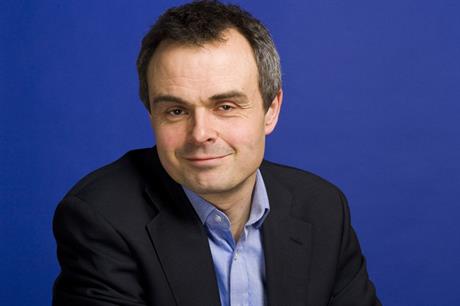 Towards the end of his tenure, recently departed planning minister Nick Boles was promising not to demonise councils who took the difficult decision to review their green belts.

But if anyone thought the government was ready for a proposal to double the size of 40 English towns and cities by removing sections of the green belt, they were clearly mistaken. Boles' replacement Brandon Lewis's instant rejection of David Rudlin's proposals, the day after he had been announced as the Wolfson Prize winner, was brutal. Rudlin's proposal, he said, was "not government policy, and would not be taken up". He subsequently expanded on his objections to the prize-winning proposal, telling us it constituted "a government programme to rip up England's green belt" and a "recipe for unwanted urban sprawl".

Rudlin protested, quite rightly, that his submission had not advocated anything of the sort - it explicitly said that the extensions he advocates would only work if they were driven from the bottom up, with the support of councils, businesses and other local stakeholders.

Why Lewis has insisted on describing Rudlin's proposal as centralist is something of a mystery. He could quite easily have distanced himself from the idea without misrepresenting it. But, with UKIP waiting to capitalise on anti-development sentiment in Tory seats, he presumably felt that the Wolfson winner was politically toxic, and the only safe way to respond was with instant condemnation.

In his first few weeks in the job, Lewis does seem to have hardened the government's rhetoric on green belt release. Boles was content to see green belt boundaries reviewed, as long as local authorities were in the driving seat. But Lewis told Planning that green belt reviews would no longer be "exceptional" if the government of the day was urging them in 40 towns and cities across the nation.

Nonetheless, it is understood that Number 10 has been saying that planning policy has not changed with Lewis's comments. Local authorities are still free to review their green belt boundaries, and many are finding that they have little choice but to do so, given the government's (justified) insistence that they meet housing need.

Nonetheless, central government's determination to devolve all decision-making on new settlements and green belt reviews limits the potential scale of the response to the housing crisis. Readers will have noted that, in parallel to the Wolfson prize, the government has been running its own process that invites local authorities to bring forward their ideas for garden cities. Five months after it was launched, the Department of Communities and Local Government is unable to confirm that any expressions of interest have been received from councils. There is a shortage of evidence to justify government optimism that local authorities will plan the necessary large new settlements without any national direction or encouragement.