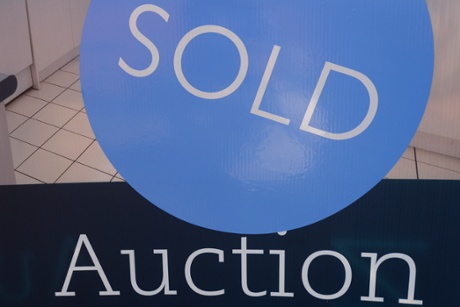 The Reserve Bank has warned that soaring housing prices and rapidly growing investor activity could pose risks to the economy.

The RBA said low interest rates, rising house prices and competition among lenders had translated into a strong pick-up in lending to property investors, particularly in Sydney and Melbourne, creating an imbalance.

Households had become increasingly willing to take on risk and debt this year, the RBA said.

It attributed the pick-up in household credit growth to being almost entirely driven by investor housing credit, which was growing at its fastest pace since 2007.

The composition of housing and mortgage markets is becoming unbalanced, the RBA said in its biannual financial stability review on Wednesday.

It has begun talks with the Australian Prudential Regulation Authority (Apra) about how to reinforce sound lending practices for property purchases.

Risks to financial institutions would increase if high rates of lending growth persisted or increased.

The apparent increase in the use of interest-only loans by both owner-occupiers and investors might also be consistent with increasingly speculative motives behind current housing demand, the RBA said.

At this stage the main risk from this strong investor activity appears to be that the extra demand may exacerbate the housing price cycle and increase the potential for prices to fall later.

That could pose risks to the economy if people reacted to declines in their wealth and loan repayment difficulties by cutting back on their spending.

Households that could be most affected were not necessarily the ones taking out loans, it added.

There was also the risk that the increased demand would lead to too much construction and an eventual oversupply of housing, but this was more likely to affect specific local markets, particularly Melbourne.

The RBA said the rise in investor activity had probably priced some potential first-home buyers out of the market.

The willingness of some households to take on more debt, combined with slower wage growth, meant the debt-to-income ratio had picked up a little in the past six months.

While this ratio is still within its range of the past eight years at around 150%, it is historically high and hence any further increases in household indebtedness would be taking place from an already high base, it said.

The RBA warned banks to be cautious about their lending practices.

It is important for macroeconomic and financial stability that banks set their risk appetite and lending standards at least in line with current best practice, and take into account system-wide risks in property markets in their lending decisions, it said.

In the past year Apra had increased the intensity of supervision around housing market risks facing banks.

It is also working on new guidance for sound risk management practices in mortgage lending.

The characteristics and risk profile of households investment property exposures warrant close examination given the recent strength of investor demand for housing, the RBA said.