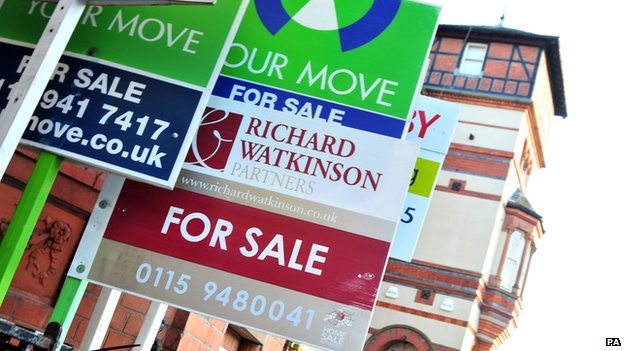 First-time buyers in England under the age of 40 could buy a house at 20% below the market rate if the Conservatives are re-elected, David Cameron has pledged.

The Conservative leader said a future government led by him would build 100,000 new homes for such people.

They would be built on brownfield land already identified for development and exempt from some taxes, he said.

He was speaking as the party prepares for its annual conference this weekend.

Conservative politicians and activists will gather in Birmingham from Sunday for what is the final conference before next May's general election.

Unveiling the pledge - an extension of the Help to Buy mortgage scheme - Mr Cameron said the Conservatives wanted more young people to "achieve the dream" of owning their own home.

"I want young people who work hard, who do the right thing, to be able to buy a home of their own. So these starter homes will be sold at 20% less than the market value.

That scheme entails the government offering a 20% equity loan to buyers of new-build properties.

Shadow housing minister Emma Reynolds said Mr Cameron had presided over the lowest level of house building in peacetime since the 1920s.

"After four and a half years he now tells us that he is going to deliver for first-time buyers but under his government a record one in four young people are living at home with their parents and young people across the country are priced out of home ownership.

"Labour will make the fundamental changes to the market which are urgently needed and will double the number of first-time buyers in the next 10 years."

Campbell Robb, of homelessness charity Shelter, welcomed the pledge but said it was "absolutely vital" that the homes built were "genuinely affordable for young couples and families on ordinary incomes".

"There's a real concern that removing the requirement on developers to build affordable housing means this policy may not help those facing the greatest struggle to get a home of their own," he said.

Grainia Long, of the Chartered Institute of Housing, said she welcomed "the focus on supply and affordability" but still had "some serious concerns".

She said: "This smacks of building for one group of people at the expense of another.

"Social housing is critical if we are going to solve the housing crisis - there are always going to be people who can't afford to buy and we must provide decent, affordable homes for them too.

"Equally, we'd like to see more investment in shared ownership to help people on lower incomes. If all the focus is on home ownership, we are never going to build mixed communities."

Under the new proposals, the homes would be built on brownfield land which was no longer needed for industrial or commercial use.

Savings from using such land would be passed on to the buyers, the Conservatives said.

Public sector land would also be used to deliver the pledge.

The homes would be exempt "from a raft of taxes", Mr Cameron said, such as the community infrastructure levy and a requirement to build social housing as part of any development.

Some building regulations - including the zero carbon homes standard - would also not apply to the new units.

The zero carbon homes standard, which applies from 2016, aims to improve energy efficiency.

It requires house builders to decrease all carbon emissions from energy arising from fixed heating and lighting, hot water and other fixed building services - such as ventilation - in new homes.