Homeowners have been hit by the biggest rise in stamp duty in a generation Photo: Fotolia

Homeowners were last year hit by the biggest rise in stamp duty in a generation, official figures show, with a "nuclear aircraft-sized increase" in collections triggered by soaring property prices.

The taxman managed to increase collections by 35 per cent more in a year, the statistics office said. The total given up was £12.4 billion in the 2013-14 tax year, compared with £9.1 billion the year before.

Three-quarters of the taxes stemmed from property transactions, the figures showed, with the remainder paid by savers and traders when buying shares. Property stamp duty alone rose by a third - the second biggest in increase since 2006-7, when the market is recognised to have been in a "bubble".

"It was a tax introduced to apply to the few but is now a tax on families and first-time buyers buying homes to live in as they have to save thousands to pay this upfront tax."

One source at HM Revenue & Customs described the "phenomenal" rise in stamp duty takings, which was put down largely to a recovery in the housing market, as "nuclear aircraft-sized".

Separate figures published yesterday by Nationwide indicated that prices across the country had risen 9.4 per cent in 12 months to £188,374 on average - although the building society said growth appeared to have slowed over the past month.

Experts said this had dragged more people into higher stamp duty brackets as the tax levy is larger for more expensive homes. 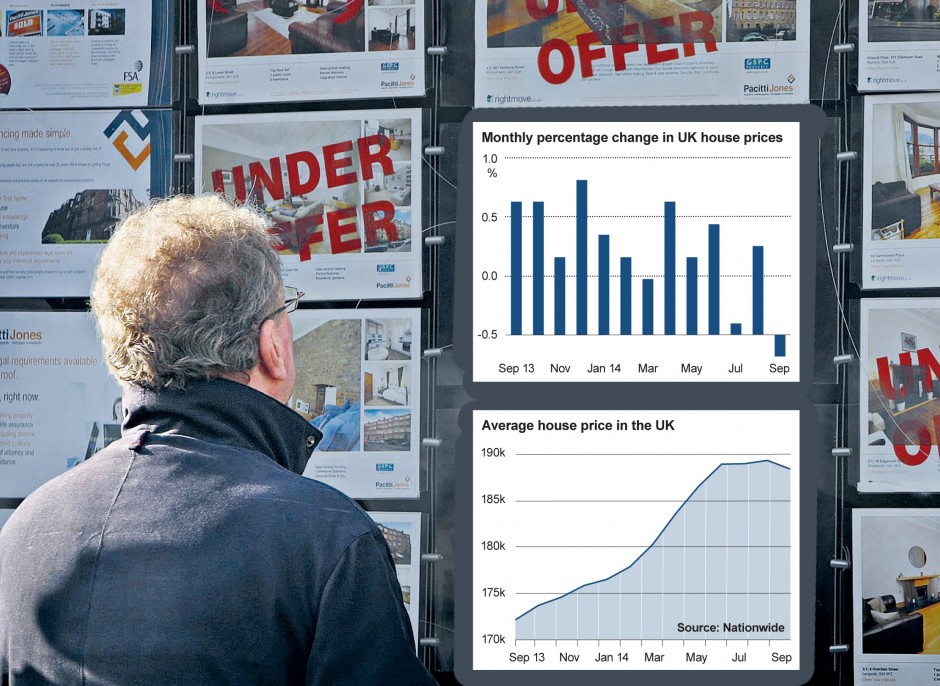 Research by estate agents Haart (corr) has suggested the average house price will reach the 3 per cent threshold, £250,000, by 2016.

A large proportion of the stamp duty collected last year arose in the London, the ONS figures showed, where house prices are rising fastest. Buyers of residential homes in the capital paid £2.7 billion, accounting for more than £2 in every £10 of stamp duty collected. When the south east and south west were included, the total was £4.6 billion. That represented two-thirds of all the residential stamp duty tax paid in England for the entire year.

David Hollingworth of mortgage brokerage London & Country said: "There has been a huge upsurge in activity in London and the south over the past 12 months - it's been like night and day, compared with the sluggish period after the financial crisis, and these stamp duty takings underline that.

"They will provoke controversy, though, because of the way the tax is charged, effectively as soon as you trip over a certain band you the higher rate is charged on the whole purchase price. That seems unfair and it is no surprise there are calls for reform."

The Office for National Statistics, which compiled the data, attributed part of the rise to new charges on properties bought for more than £1 million. The levy of 5 per cent was introduced in April 2011, while the 7 per cent tax on £2 million plus houses took effect in 2012.

House prices in London over the past year rose 21 per cent, according to Nationwide, to stand £401,072 on average. This was almost a third higher than the 2007 peak, according to Robert Gardner, Nationwide's chief economist. However, he said a 0.2 per cent fall over the past month for overall prices in the UK suggests the wider market is cooling, he said.

"The outlook remains uncertain," he said. "There have been tentative signs from surveyors and estate agents that buyer demand may be starting to moderate." However, he said low interest rates and a recovering jobs market could push prices higher.