House prices will rise by 30% in five years, Rightmove says 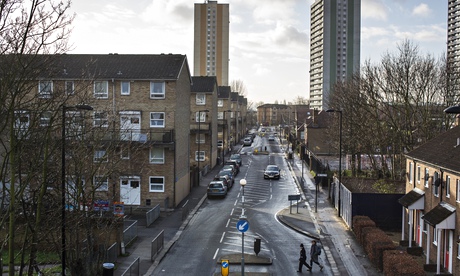 Enfield is set to see some of the fastest-rising property prices in the next five years, Rightmove believes. Photograph: David Levene

Britains biggest property website has rebuffed claims that the housing market is heading for a slowdown, with a forecast that prices will soar by 30% over the next five years to average £318,000 in England and Wales and more than £715,000 in London.

But for the first time in more than a decade, it will be markets outside the capital that lead the way in price rises, Rightmove said. It predicts that Southampton will see the fastest house price increases in the country, with values expected to jump 43% by 2019  adding nearly £100,000 to local prices  while Luton, Brighton and Swindon will not be far behind. Rightmove used independent consultancy Oxford Economics to calculate the figures.

The driving force for prices in the south-east will be the spillover effect of high London prices rippling through the home counties. But Rightmove said the parts of the capital that have seen the greatest price increases in the last five years will see the smallest in the coming five years.

It predicts price growth of 13.6% in well-off parts of west London, and it names Enfield in north London  until now one of the cheapest property areas in the capital  as the borough that will see the biggest gains. It said average prices in Enfield will rise from £381,000 to £531,000 or 39%  equal to an increase of £575 every week for the next five years.

The report claims to be the most comprehensive house price forecast of its kind ever created, based on property and economic data rather than opinion and short-term market factors. It takes into account both asking and sold prices, surveyor valuations and analytics from the Oxford Economics global, industry and regional forecasting models.

The figures contrast with widespread reports of a cooling in the property market after the frenetic rate of increases in the past year and a possible rise in interest rates next year. On Thursday, the Royal Institution of Chartered Surveyors said prices in London fell for the first time since January 2011, ending the longest unbroken run of increases in more than 20 years. Fading price momentum is more than just a London story, it added.

Halifax this week said house price growth has peaked and will now grow at a considerably slower pace, while the Centre for Economics and Business Research is forecasting price falls in 2015.

But the forecasting model used by Oxford Economics, which includes factors such as a rising population, a poor supply of new homes, and a recovery in incomes, suggests any slowdown could be short-lived. Substantial parts of Britain still have average prices which remain below their 2008 peak and separate figures published on Friday by estate agents Your Move and Reeds Rain show prices have on average risen by 2% a year nationally since the onset of the financial crisis in 2007.

Anna Brosnan, head of campaigns at the National Housing Federation, said: These new figures make disturbing but predictable reading. Every part of the country, north and south, is feeling the effects of the housing crisis and if we want the situation to improve for the next generation, action needs to be taken now to build more homes at a price people can afford.

We have found that eight in 10 people dont believe any of the main political parties will effectively deal with housing. We desperately need politicians from all sides to commit to ending the housing crisis within a generation.