House prices in London surging at almost 20% a year 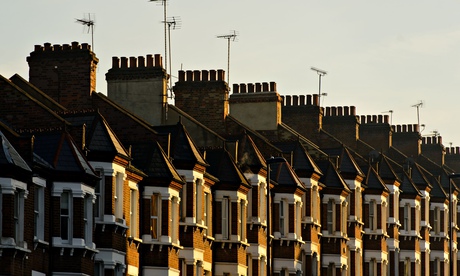 House prices in London are increasing at a rate five times of those in the north-east of England. Photograph: Dominic Lipinski/PA

House prices in London are surging at a rate of almost 20% a year, which is five times the increase seen in in north-east England, according to the latest official figures. The Office for National Statistics data also revealed that the annual rate of house price growth in England hit 12.2% in August  the highest figure for a decade.

For the UK as a whole, the annual rate in August was 11.7%, which was unchanged on the previous month but prompted the National Housing Federation to declare that with prices rising at this staggering pace, homeownership was becoming a distant dream for more and more people.

The NHF has issued a new report claiming that only Londoners earning more than £100,000  three times the average salary in the area  could now afford a typical mortgage in the capital.

The ONS data, which lags behind other house price surveys, does not provide conclusive evidence on whether the property market is continuing to perform strongly or cooling. In both Wales and Scotland, annual house price inflation fell in August, while in north-east England the annual rate declined sharply to 3.8%. By contrast, the rate of growth in London nudged up to 19.6%, with a typical property there costing £514,000.

The ONS said: House prices are increasing strongly across the UK, with prices in London again showing the highest growth.

Its data also showed that prices paid by first-time buyers were, typically, 12.9% higher than a year earlier, while for owner-occupiers they were up by 11.2%.

The most recent figures from Nationwide showed that house prices had fallen for the first time in 17 months, dropping by 0.2% in September.

Howard Archer, an economist at IHS Global Insight, said the ONSs findings showing stronger price growth in London conflicts with quite a lot of evidence in the latest surveys that the capitals bubbling housing market is now cooling.

He added: The ONS data indicates that house prices currently remain robust despite a recent overall slowdown in activity  Prices do seem likely to keep rising over the coming months, with support coming from a relatively strong economy, high and rising employment, elevated consumer confidence, still relatively low interest rates and some pick-up in earnings growth in 2015. In addition, housing supply tightness will still likely be a factor supporting prices to some degree in a number of areas.

The NHF, which describes itself as the voice of affordable housing in England, said average house prices in London had rocketed to more than 14 times the average wage, driven by a lack of new homes being built and rising demand. It added that the income needed to afford a typical 80% mortgage on an average London home was £108,500  way above the average yearly wage of £33,000.

Meanwhile, estate agent Knight Frank issued a prediction that average UK house prices would rise by 3.5% in 2015. It added that it believed that following a strong run of growth, property values in prime central London would remain unchanged next year.