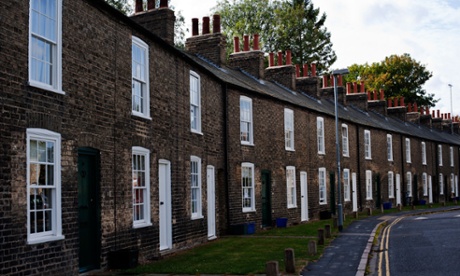 Cambridge house prices have risen faster than any other city in the UK. Photograph: Alamy

House prices in Cambridge have risen more than any other British town or city over the past seven years. They are now a third higher than their previous peak in 2007 and have increased by an average of £53,000 over the past year alone.

The university city is one of eight locations where prices have surpassed their previous record highs, analysis by property firm Hometrack has found. All are in the south of England except Aberdeen, where prices have been driven up by the booming oil industry.

At the other end of the scale, homes in Belfast are still fetching only half the amount they did before the crash, according to the report, which underlines the huge differences in the UK market.

Hometracks first UK cities house price index looked at the Land Registrys prices-paid data for 20 urban areas that account for 9.8m homes out of Britains total stock of 27m. In all those areas, house prices have increased over the past year, although in one  Aberdeen  the rate of growth has now plateaued.

While Cambridge recorded the biggest bounce-back since the downturn, with the average price now standing at £348,300, London was not far behind, with values now 29% above their previous peak. In the past 12 months, prices in the capital have risen by more than £60,000 to an average of £398,700, Hometrack said.

Third on the list was another hotbed of academia, Oxford, where homes are typically changing hands for 21% more than in 2007, at £337,400. In contrast, the index shows that Belfast has the furthest to go in recovering from the crash, with prices in the city still 51% lower than in 2007, at an average of £113,500.

In Liverpool and Glasgow, the report says, prices are still 15% below their peak, while in Leeds there is still a double-digit gap, with prices down 10%.

Ed Meyer, head of residential sales at Savills in Cambridge, said the area he covers did not fall far during the downturn. There was a blip, there was a slowdown, but we came back at the beginning of the next year and the phone started ringing again, and we were quickly back to best offers and sealed bids, he said.

Earlier this year Cambridge was named as the fastest place to sell a home by the property website Rightmove, and Meyer said that a lack of homes for sale had been a factor in rising prices.

He said the city was improving and had much to recommend it to buyers. Weve got good schools, weve got a good commute to London, weve got good jobs and weve got a very pretty city centre. In recent months, he said, the city had felt a very strong ripple from London, as homeowners in the capital cashed in and bought elsewhere.

However, Hometracks research director Richard Donnell described Belfast as the one city that experienced a true housing boom and bust in the last cycle.

He added: At their peak, prices in Belfast were rising at 61% per annum in April 2007, supported by low mortgage rates and positive sentiment feeding across from the Republic, as well as on the back of the peace process. Demand fell over the financial crisis and average house prices bottomed out in July 2013. Since then, he said, they have increased by 10%.

Hometrack said that although there had been year-on-year price increases across the 20 cities, in 14 of them rises were below the 9% UK average. Expectations that strong house price growth in the south of England would ripple out across the country were overdone, said Donnell. While house price growth has increased across all cities in the last year, the rate of growth in the majority of cities is below the UK average. There is little evidence of a runaway surge in prices and the rate of growth appears to be moderating.

That seems to be backed up by figures from the British Bankers Association that show the number of mortgages approved for house purchases fell to a 14-month low in September. A total of 39,271 homebuyer loans were approved over the month, down by 10% on September 2013s figure, and below the previous six-month average of 42,589. The total value of those loans was £6.4bn, below the previous six-months average of £6.9bn, and the average approval value also fell, to £157,700 from £161,200 the previous month.

Richard Woolhouse, chief economist at the BBA, said: A year ago there were many of us who were concerned by the heady pace of property price rises. Todays figures suggest we are now experiencing a steadier housing market, and thats no bad thing.