UK House Prices to Soar Over Next Decade Despite London Gaining 570,000 New Homes 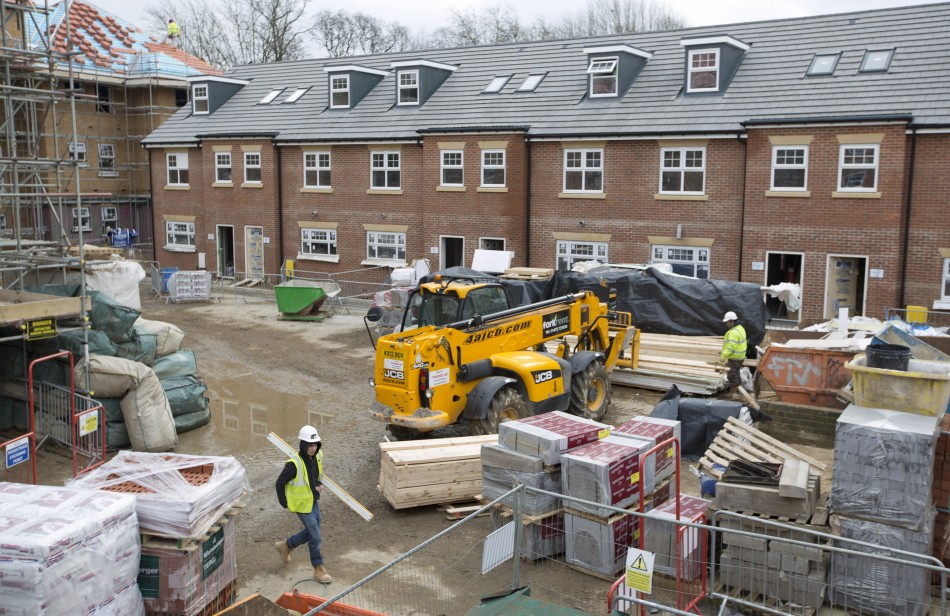 London estate agent Stirling Ackroyd has predicted that house prices will still soar over the next 10 years despite Britain's capital potentially gaining over half a million new homes over the next decade.

The group predicts that new build projects in the capital could deliver 570,000 extra homes, enough to match expected demand by 2024, as Southwark, Tower Hamlets, Islington and Hackney are set to become London's hotspots for property.

"To keep up with a growing population these opportunities are likely to become reality over the next 10 years. Even a cautious projection puts the capital's population at nine million before 2020, and half a decade before that landmark the city already needs more homes.

"Yet this level of development is not impossible or even unlikely. It's already starting."

However, the estate agent said that, at 2014 prices, even before any increase in London property prices, new homes could add a total of £198bn (250bn, $317bn) to the capital's gross property wealth.

"House prices in the capital are likely to rise significantly between now and 2024. But even at today's prices, developers have a strong incentive to make these prospects into reality," said Bridges.

"Getting sites off the drawing board is always a challenge in such a historic and valuable city. However, for developers with homes ready to sell in the capital, there is always a market from all types of buyers.

"Those planning new schemes will be able to count both on London's economic renaissance and its inevitable population growth over the next decade. Every opportunity mapped here is matched by expected demand 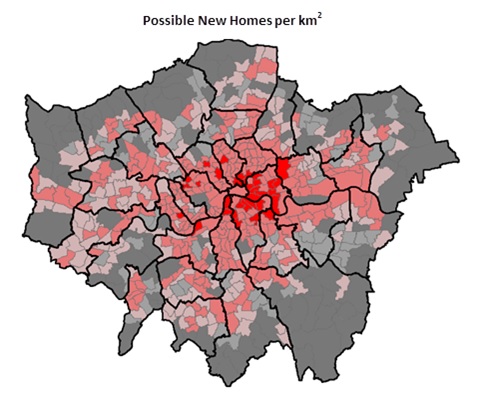 While the value of future homes will vary by location, this would equate to an average £350,000 sale price for these new properties at current market rates, said Stirling Ackroyd.

Where Will the New Builds Be Housed? 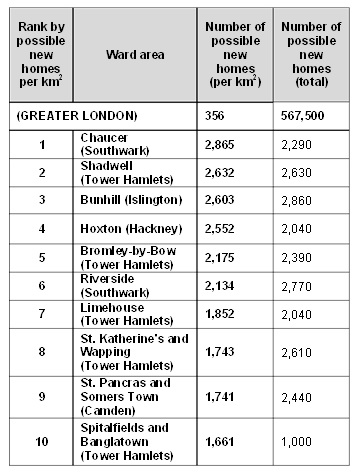 "New homes hotspots are constantly evolving, and it is likely that in time developers will move from the top 10 areas identified here to the top 20  and beyond," said Andrew Bridges.

"Bigger trends are also clear. London's heart and soul is gradually shifting eastwards  not as any other location declines but as the entire city grows in the direction of maximum opportunity.

"The City fringes are generating jobs, and these areas have grown ripe with opportunity for London's new homes industry. Regeneration is vital for London to maintain its growth and status as a world city  while also bringing new status, new wealth and new opportunities to neighbourhoods that were previously only observers in London's spectacular show of economic growth."