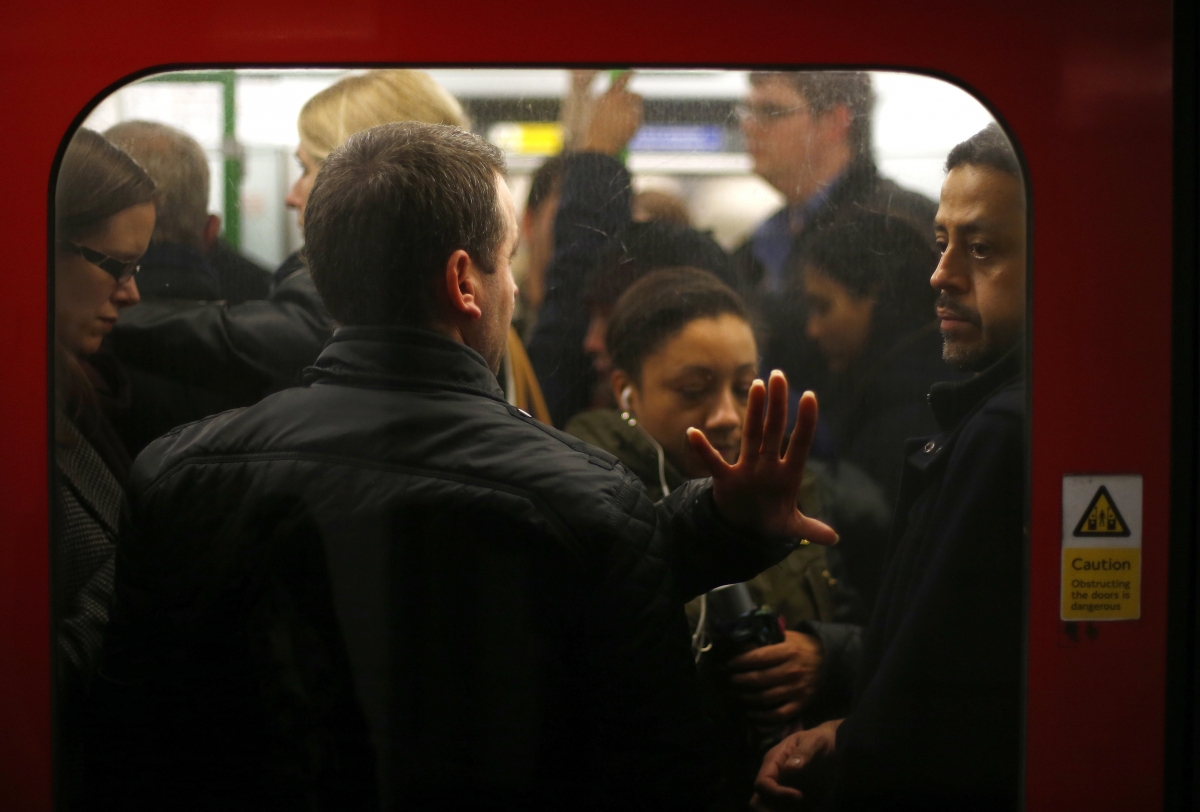 London is the "commuting capital" of Europe, a new survey of the daily travel times in 13 capital cities shows but despite having the longest average commute, most Londoners actually say they are satisfied with it.

Compare that with people in the capital of Turkey.

The ING International Survey on Homes and Mortgages 2014, which I co-authored, finds people in Ankara travelled just a minute shorter on average than Londoners one-way, door-to-door in the mornings  44 minutes compared with 45 minutes in London.

But commuters in Ankara are most likely in the survey to be dissatisfied with their daily travel time.
The findings might come as a surprise to anyone who has been squeezed into a Northern Line London Underground carriage at rush hour.

The scene that springs to mind is like a sardine can, the odd passenger precariously trying to juggle a latte in one hand and their Oyster card in the other, and various limbs criss-crossed to grip handles for support as the train speeds into London Bridge station. More the scene of nightmares than happy thoughts.

Amsterdam, capital of the Netherlands and known for its cycle-friendly streets, has the second shortest commute of the European capitals  at 26 minutes, just ahead of Luxembourg City's 23 minutes  and it ranks top of the commute satisfaction scale.

The duration and reliability of a daily commute is one of the very real factors that most people take into account when making the important choice of where to live. Cost and safety are other frequently cited, most important factors  with a fashionable location (the sort of area showcased in property magazines) a long way down the priority list, the study shows.

It makes sense that commuting can affect happiness. After all, the economic concept of opportunity cost tells us that time travelling in the car, bus or other method is at a cost of doing other activities that we might enjoy more.

Other research over the years has explored the relationship between commute duration and happiness.

A study using British data shows the wellbeing of women appears to be particularly sensitive to long commutes, thought to be because they tend to take more responsibility for childcare, housework and other tasks in the home.

London Tube Strike
This is a common scene around London's tube entrances when another work strike hits.(Reuters)

So why is London different to other European capitals?

The survey itself didn't ask the question explicitly but we can take an educated guess.

Firstly, London is big  much bigger than many of the other European capitals surveyed. It might be that because of its large size, people in London expect to have a proportionate commute.
Secondly, the public transport system is known for being efficient.

Yes, it is crowded. Yes, the London Underground is aging. But The Economist writes public transport usage has grown faster than the population increase since 2001 while the usage of private transport (cars) has reduced.

Anecdotes from my colleagues in Turkey, on the other hand, tell how Ankara  though very liveable  does tend to frequently have traffic jams as public transport systems are underdeveloped. And traffic jams are probably even less fun to be in than crowded Tube carriages.

Thirdly, compensation. The Swiss happiness research suggests that earning more can make up for a longer commute. International comparisons from Eurostat of annual net earnings show workers in the United Kingdom doing well compared with many of the neighbouring countries.

Fourthly and finally, the stereotype of Brits as reserved might play a role. Does this attitude to "keep calm and carry on" extend to Londoners' satisfaction with their commutes as well?

A twist in the end of the tale is the theory people are happier if their commute is comparatively shorter. If it is shorter compared with their neighbours' commute, or if they can get the edge time-wise by cycling compared with people taking the bus.

If Londoners are made aware their commute is longer than their European neighbours', the news could well take the edge of their satisfaction with it.