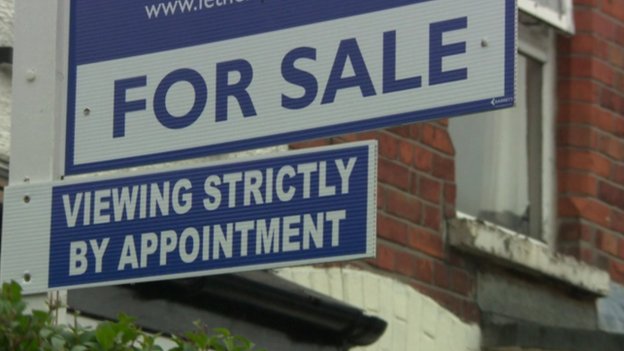 The latest University of Ulster survey puts the average price of a house in Northern Ireland at £141,173

House prices in Northern Ireland rose by just over by 5% in the third quarter of 2014, compared to the same period last year.

The detail is contained in research produced by the University of Ulster and the Bank of Ireland.

It also suggests that prices rose by 1% when compared to the second quarter.

Those trends are broadly in line with the definitive Residential Property Price Index produced by Stormont's statistics agency.

The University of Ulster survey puts the average price of a house at £141,173.

Bank of Ireland economist Alan Bridle said it was "encouraging" that all property types and all regions have seen some annual rise in price.

He said this suggests "a market that has some forward momentum".

Greater Belfast continues to lead the recovery although Mr Bridle said that came with one or two caveats.

"The average price of a property in the west of the city dipped significantly in Q3, relative both to Q2 and Q3 2013," he said.

"That is perhaps a reflection of the mix of sales in the last three months, with proportionately more lower priced terraced/townhouses changing hands."

The Northern Ireland housing market experienced one of the most dramatic boom and busts in economic history.

Recovery has been slow with values still at around 2004 levels.