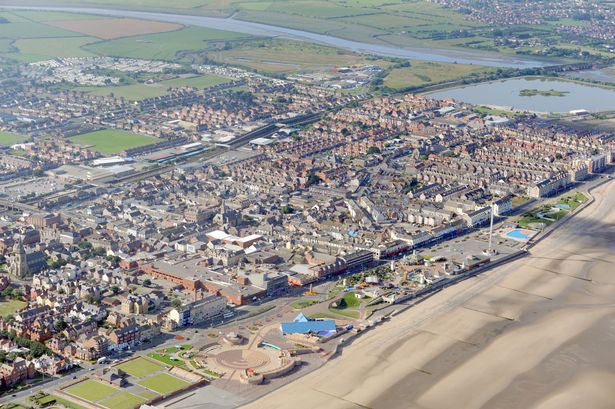 Rhyl is making a comeback by climbing up the property price charts.

The bucket and spade resort is fighting against its tarnished reputation, new research reveals.

A survey, conducted by Estate Agency, Savills for The Times lists the town in the top ten for growth.

The study found properties in Rhyl to be the best value for money per square foot.

Last month, the Daily Post revealed how a Manchester-based PR firm, Weber Shandwick has been appointed to take on the task of re-branding Rhyl.

WATCH: Drone footage of Rhyl seafront ahead of planned re-developments

Their mission is to make it the most desirable place to live, work, invest and do business over the next 12 months.

The former tourism hotspot has been in decline over recent decades but a regeneration plan is now in place to try and revitalise the area.

As part of that Denbighshire Council  as well as partners including North Wales Housing and Rhyl Town Council  have turned to Weber Shandwick to help change peoples perceptions of Rhyl.

Id like to think the increase in house prices in Rhyl is down to the hard work that has been put in to the area over the last few years.

There is a lot of partnership working going on between various organisations since the Welsh Government identified Rhyl as one of the priority regeneration areas.

People living here want to see Rhyl as a thriving and successful place to live.

He added: I was really pleased to see Rhyl in the top ten for property prices and I think its a positive indicator of the things that are starting to happen here.

This is a great outward sign of success that will help tip the scales for people or businesses who may be deciding to come here.Its great to hear that Rhyl is on the up.

A hotel in the town has even celebrated its third consecutive accolade from three leading consumer travel sites.

Trivagos endorsement follows a string of achievements since the start of the year. The hotel achieved two Late Rooms Simply The Guest Awards, ranking fourth in the Best UK Beach Hotels category and in the top ten for customer service.

He said: I left Rhyl in 1991 to embark on a career in the airline industry but decided to swap the hustle and bustle of London in 2003 to set up a new life by the sea in my home town. After 12 years of hard work, personal investment and commitment, we have been blessed with these awards.

Bookings from online travel sites have now taken over direct bookings and weve had to make an additional hire to keep up with the demand. Were not complaining though!