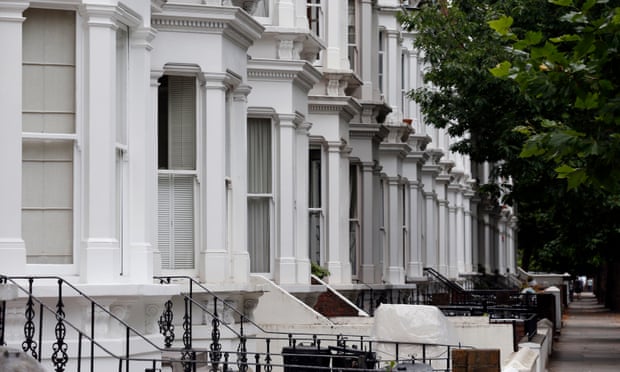 A row of houses in west London. Rics said new listings were down in nine out of 12 regions. Photograph: Jonathan Brady/PA

House prices rose faster in July as demand from buyers picked up, but the number of homes for sale fell to a record low, according to the latest monthly report from surveyors.

The number of properties coming on to the market has now fallen for six months in a row, the Royal Institution of Chartered Surveyors (Rics) said, while the number of new buyer inquiries has been increasing for four months.

The average number of homes for sale through each Rics member fell to 47, and new listings were down in nine out of 12 regions, with surveyors in East Anglia reporting the sharpest fall. Rics said its members across the UK agreed the lack of properties for sale was causing a vicious cycle, as the limited choice on offer is deterring would-be movers and therefore further restricting new instructions.

The imbalance between supply and demand prompted surveyors to forecast sizeable house price rises over the next 12 months, with gains most widely expected in East Anglia and Northern Ireland. Rents are also predicted to go up, again driven by demand for homes outpacing supply.

He said: More worrying still is the suspicion that the imbalance between supply and demand will lead to even stronger price gains over the next 12 months. This is also visible in the firmer pattern in the buyer inquiries series, which has now risen for four months in succession, reflecting in part a further modest easing in credit conditions.