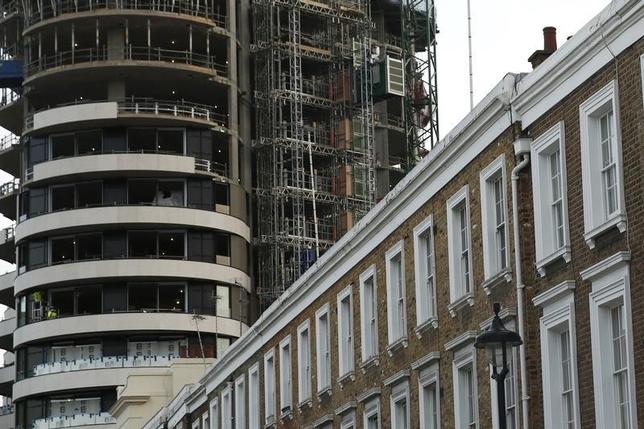 An apartment block is constructed behind a row of traditional properties in central London in this December 11, 2014 file photo.
Reuters/Luke MacGregor

LONDON British annual house price growth cooled in April after the government introduced extra taxes on purchases of properties for rental and second homes, according to a survey from mortgage lender Nationwide on Thursday.

House price growth eased to 4.9 percent year-on-year from 5.7 percent in March, slightly less than forecast in a Reuters poll.

On the month, house prices edged up 0.2 percent. Nationwide said the slowdown followed a surge of activity in March ahead of an April 1 increase in the stamp duty land tax for second home purchases. This was most pronounced in the so-called buy-to-let market for rental homes.

But Nationwide said strong jobs growth and rising real wages could put increased pressure on house prices in future, given an imbalance between supply and demand.

"Moreover, there is a risk that the surge in house purchases in recent months will exacerbate the shortage of homes on the market," Nationwide chief economist Robert Gardner said, citing data from the Royal Institution of Chartered Surveyors (RICS).

RICS said earlier on Thursday that international investor interest in British commercial property had all but dried up in the run up to the June 23 referendum on Britain's European Union membership.

Nationwide did not mention the risk of Brexit as an influence on house prices.