Reading house prices among fastest growing in England and Wales

House prices in the Reading area are some of the fastest growing in England and Wales.

Prices in West Berkshire have risen 15.1 per cent in the year to March, according to the Land Registry, with the average price rising to £298,069.

House prices saw an annual price increase of 6.7 per cent in March, according to the latest figures from the Land Registry, which takes the average property value in England and Wales to £189,901.

Monthly house prices have fallen by 0.5 per cent since February 2016.

The regional data indicates London experienced the greatest increase in its average property value over the last 12 months with a movement of 13.9 per cent, with London and the east experiencing the only monthly growth, each with an increase of 0.2 per cent. 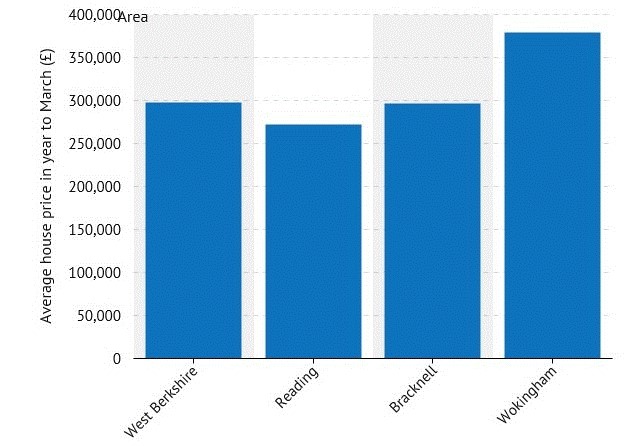 Sales and repossessions during January 2016, the most up-to-date figures available, show the number of completed house sales in England and Wales fell by five per cent to 54,254 compared with 56,937 in January 2015.

The number of properties sold in England and Wales for more than £1million increased by two per cent to 938 from 916 a year earlier.

The region with the greatest fall in the number of repossession sales was London with a fall of 72 per cent from January 2015.