How will the buy-to-let market be affected by higher Stamp Duty and reductions in mortgage interest relief? Expert analysts have their say. 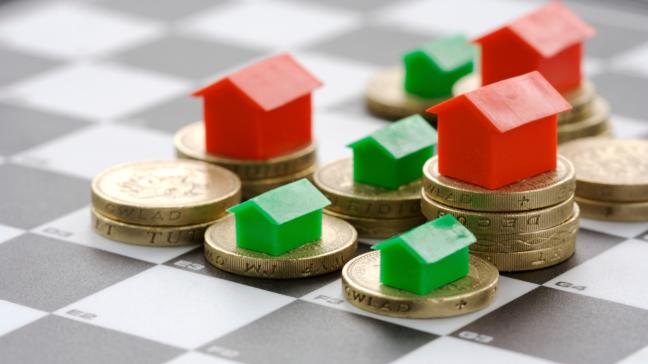 Buy-to-let landlords both current and to-be seem to have been detered by the government from purchasing more homes.
Next year, the amount landlords can claim on mortgage interest relief will be restricted, which follows the 3% Stamp Duty price hike in April for second homes.
But will these changes result in the collapse of the buy-to-let market as some have suggested?
Fears overblown
As expected, the introduction of the higher Stamp Duty rates saw a boom in house purchasing activity in March as landlords rushed to complete before the deadline.
The Council of Mortgage Lenders (CML) reported that there were 162,000 property transactions in March, when normally the figure is around 100,000.
Meanwhile, figures from Halifax show house prices increased 2.2% in March but fell in 0.8% in April.
This house price cooldown has been interpreted by some as the beginning of a slump in the buy-to-let market.
Ray Boulger, senior technical manager at broker John Charcol Mortgages, says that, while a short-term impact is inevitable, the long-term picture remains stable
"I think there must be an impact on the buy-to-let market when you have significant changes in the viability of a product but some of the predictions about a collapse [in the buy-to-let market] are overblown," he said.
Supply and demand
A simple imbalance between demand and supply in UK property is one of the reasons that property will continue to be attractive to landlords.
A landlord survey by challenger bank Aldermore found that 70% of landlords expect the number of people in the private rented sector to rise over the next five years. It also revealed that 52% of landlords believe the Stamp Duty changes and reduction in mortgage interest relief would have no impact.
However, Boulger warned a tightening of affordability criteria for buy-to-let mortgages, which is expected from the Bank of England, could change the areas that landlords target for purchases.
Boulger predicts the Bank could enforce a new rule to ensure rent covers 125% of the mortgage payments at an interest rate of 5.5%. This means that investors would need to buy in areas with high-yielding rents or stump up larger deposits.
The London property market has been at the centre of house price slump concerns, but Clyde Lewis, analyst at advisers Peel Hunt, said while there has been a slowdown in zones one and two, "demand remains good in outer markets" thanks to support from the Governments Help to Buy scheme.
A way around the new rules
According to Boulger, landlords and lenders are already finding ways around the government clampdown.
An increased number of lenders are now willing to lend to limited companies that are buying property. Landlords purchasing homes through a limited company can still get mortgage interest relief, but previously lenders were reluctant to give them mortgages.
"We expect to see more people buying through a limited company," said Boulger. "This means they won't be affected by [the reduction in mortgage interest relief]. We are already seeing more lenders prepared to offer mortgages on a limited company basis."
He added that the 3% Stamp Duty hike was "a hurdle that can be cleared".
While there may be an immediate cooling in the housing market, the fact remains that property is still seen as a stable investment. Couple this with the ability for those aged 55 and over to access their pension funds as cash, and the buy-to-let market remains viable for many.
The latest figures from the Property Partner Residential Market Index show private landlords made an average profit, on paper, of 9.6% in 2015. Over the past 20 years buy-to-let property has returned an average of 24.5% a year in London and 15% across the UK.
"People are still keen on property and they are aware that it has outperformed other assets," said Boulger. "Property is less volatile than shares, although it's less liquid. A lot of people like the fact they can touch property and they like to buy something they are familiar with."
As savings rates have remained in the doldrums, not helped by seven years of 0.5% interest rates, steady income is hard to come by and for many, rental income is a good bet.
"Many people use [buy-to-let] to generate an income and may not even have a mortgage so they will not be badly affected [by changes to put people off purchasing second homes]," said Boulger.
home.bt.com/