Is Britain on the verge of a Brexit-fuelled house price crash? Only the data will tell Danny Dorling

The long-term effect of the referendum on the housing market is impossible to predict. But theres no doubt: sales have slowed and prices fallen since the vote

London hasnt had the largest Brexit-associated price falls. They were in Devon (-3.1%); Cumbria (-3%); Surrey, the Isle of Wight, Norfolk, Gloucestershire, West Sussex, Leicestershire, Somerset (all -2.9%), Cornwall and Hampshire (both -2.8%). Photograph: Alamy 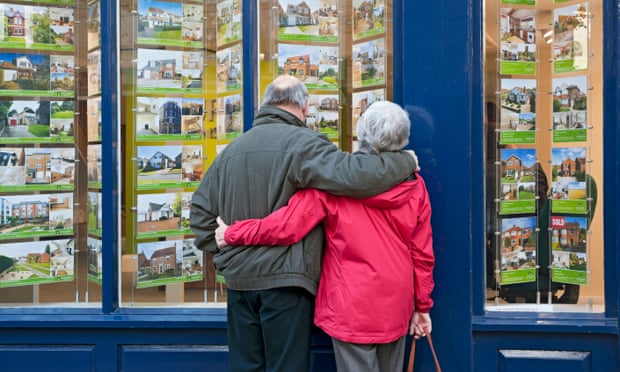 This week, exactly two months after the vote for Brexit, I spent an hour on the property site Zoopla looking at the latest housing sale data available. Anyone can do this at the click of a button. Unlike the rise in stamp duty in April, which was well anticipated, the vote to leave the EU was not. And all markets react most strongly to the unanticipated.

Being a geographer, I viewed the data county by county beginning with London, because it is usually in London that changes first happen. You can do the same: put a county name in the search box and click on market activity in the last three months. 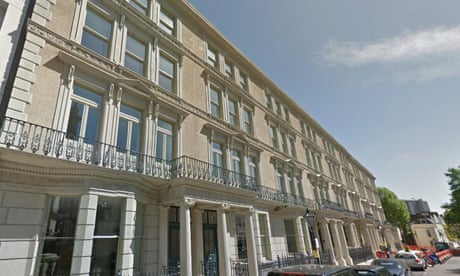 The website is unlikely to be completely up to date, but most of the information on that three-month period should be after the EU referendum, as Zoopla updates its website weekly with data that has not yet been published by the Land Registry. For London, the Zoopla website reports an average price paid of £592,564 in the last three months which represents a fall of £15,600 based on 5,979 sales. So is this a lot or a little?

The website also tells you how many sales it recorded in the last 12 months, which in London was 71,973, or an average of well over 6,000 a month before 23 June. Zooplas London transactions fell to 2,000 a month in the latest three months. This is a huge fall  although it is possible that it partly reflects the fact that not all of the most recent data is in its datasets.

However, I saw a similar drop a very long time ago, in October 1989 when people stopped buying homes because they thought prices were falling. Later, negative equity began to rise. We all know what happened next.

The total loss for all those people who bought a property in the first nine months of the past year in London, in the run-up to the EU referendum, is a collective £1,030m (over £1bn). This is calculated by simply multiplying the number of sales on Zoopla in those nine months by the average price fall in the latest three months. This is the result of a fall of only 2.7% in the latest three months.

One billion pounds may sound like a lot, but the value of all the houses on an especially sought-after street in Chelsea can easily exceed that. Uncannily, it is also almost exactly the amount extra the UK would have to spend on its health service every week if we wanted to spend as much per head as they do in Germany.

A few more clicks on Zoopla reveal that London hasnt had the largest Brexit-associated price falls. They were, in fact, in Devon (-3.1%); Cumbria (-3%); Surrey, the Isle of Wight, Norfolk, Gloucestershire, West Sussex, Leicestershire, Somerset (all -2.9%), Cornwall and Hampshire (both -2.8%). The populations of some of these areas are more elderly than average, and urgent sales may be more common as a result but when house prices fall it is typical of the English to refuse to sell.

The lowest fall in England was in Northamptonshire (-0.6%). In Wales the latest three month price fall was only -0.1% and in Scotland a rise of 1% was reported. There were not enough sales in Northern Ireland to report a price change.

Back in late 1989, prices continued to rise in Scotland long after they had first fallen in London, where the decline began. The fact that the falls across all of England have been so abrupt this time around, with no significant rippling out, suggests a national loss of confidence in the market. However, there is a geographical pattern to the rapid decline in transactions. They fell the most in London  by 73% in the last three months compared to the nine months before; in Oxfordshire by 72%; in Berkshire by 71%, and in Gloucestershire and Buckinghamshire by 70%. The smallest fall was 61%, in the East Riding of Yorkshire, which is still dramatic. Across all of England the total losses to those who bought in the nine months before the Brexit vote so far is £4.5bn, or around £7,000 per household or buy-to-let landlord.

Transactions fall when sellers refuse to drop the price they will accept because they want to believe that the economic effect of Brexit has been overplayed. They also fall when first-time buyers and landlords decide to wait to see if these small falls are a sign of more to come. It is a battle of collective wills: a standoff.

This could be a tiny blip in UK housing market history or it could be the start of something far more important to come. That depends on sentiment, the extent to which people on the one hand look at property and think whether that building and the land it sits upon is really worth that much, and the extent to which on the other hand they believe the websites, estate agents, and newspapers that tell them that forthright action can still ensure a good price in an uncertain market as the Daily Mail suggested last Saturday.

Zoopla is part owned by the Daily Mail and General Trust PLC, and the estate agent Countrywide. On Sunday, Countrywide suggested that prices would only fall by 1% across the whole of 2017. Last month, it was alleged that Zooplas CEO Alex Chesterman was behind one of the legal challenges to Brexit.

Those with access to more detailed Zoopla data will know just how great the threat of Brexit is to housing prices, but only a French bank, Société Générale, has put its head above the parapet and suggested the prices in London could fall by 30%, and even 50% is not impossible in some parts of the capital.

When claims were made on 24 August that the property market is showing signs of resilience, the only evidence that could be offered was that the building firm Persimmon had increased its annual profits by 19%, almost all of which will have be made on homes sold before the vote.

You dont need to look at Zoopla to figure out that Englands house prices are too high. It is too early to tell, but we will soon know whether this is the start of a crash. All I can advise is, do not believe the predictions  just watch the prices.