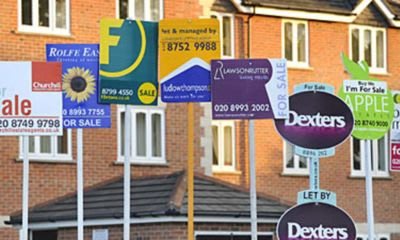 Airbnb could be exacerbating the housing crisis by encouraging landlords to take long-term lets off the market, a report has warned.

Following George Osborne's clampdown on buy-to-let landlords earlier this year , many have begun advertising their properties on the online holiday letting service.

In the last four months, the number of Airbnb listings in London has increased by 27pc, according to the report by the Residential Landlords Association. Over that time, the capital's rents have climbed 6pc, and the report warned that this could be a consequence of landlords reducing long-term supply by moving their properties to Airbnb.

Airbnb markets itself as a way for people to "monetise their extra space" and is often used to let spare rooms, but it is feared that buy-to-let landlords have muscled in, reducing the supply of long-term lets.

From February this year to June, there was a 34pc increase in the number of entire homes or apartments being advertised on Airbnb by hosts who have other listings - suggesting professional landlords are active on the site.

"It is clear from the data that professionals are now taking over the market rather than those home owners looking to let out a spare bedroom," say the report's authors.

Airbnb called the report "misleading research that deliberately confuses availability with nights booked".
A spokesman said: "The typical Airbnb host in London shares their space for 50 nights a year and hosts generated £1.3 billion of economic activity in the capital last year. Rather than removing housing stock, hosting on Airbnb puts money in the pockets of regular Londoners and helps them afford living costs in one of the world's most expensive cities."

Airbnb works with local councils to weed out violations of the 90-day-rule, the spokesman said.
How has the buy-to-let market changed this year?

George Osborne 's Autumn Statement of 2015 included a policy to charge buy-to-let landlords income tax on their turnover, not their income. Stamp duty on buying secondary properties was also increased, effective from April this year.

Meanwhile, people who let space on Airbnb were given a £1,000 tax-free allowance on their takings, a change intended to boost the sharing economy.