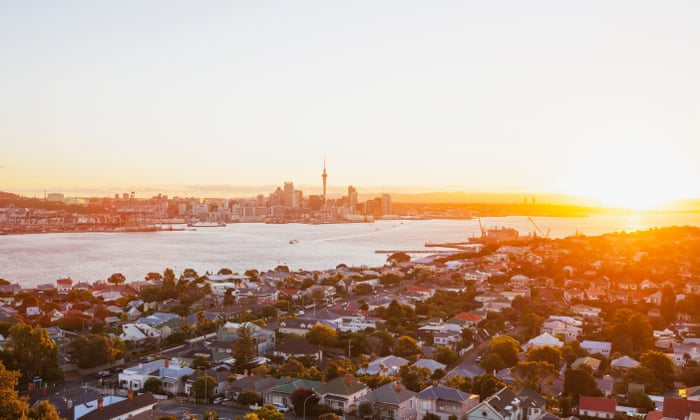 New Zealand has the worlds most frenetic property market, with prices in Auckland now outstripping London, and possibly dashing the hopes of British buyers hoping to escape Brexit.

In a global ranking of house price growth by estate agents Knight Frank, New Zealand was second to Turkey, but once the impact of inflation was stripped out it came top with 11% annual growth.

Canada was the only other country to see price growth of 10% or more over the past year. It also recorded the fastest price rises of any country over the past three months. 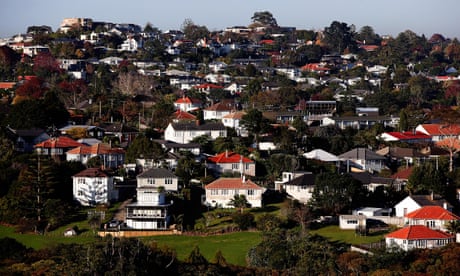 Why Auckland is the hottest property market in the world

Meanwhile once white-hot property markets in the far east are cooling fast. Taiwan saw price falls of 9.4% over the past year, putting it at the bottom of Knight Franks ranking. Hong Kong and Singapore have also seen significant reductions in house prices.

Auckland is at the centre of an extraordinary property boom, with separate data revealing that the citys average house price last month hit NZ$1m (£550,000) for the first time.

Spiralling prices  up NZ$20,000 a month over the past quarter  and the falling pound are likely to deter Britons hoping to emigrate.

In the aftermath of the EU referendum result, Immigration New Zealand revealed a spike in the number of queries from British nationals. In the 49 days following the Brexit vote on 23 June, more than 10,000 British nationals registered their interest  compared with 4,599 during the same period the year before.

Faced with priced-out locals unable to buy and forced to pay steep rents, New Zealands central bank imposed strict new deposit requirements in July, making investors put down at least 40% of the purchase price in cash. Chinese investors have been among the keenest buyers of property in Auckland.

QV said the new measures are already cooling the New Zealand market. Spokeswoman Andrea Rush said: There was a strong surge of activity in June and July however it now appears the new restrictions for investors adopted by banks towards the end of July have started to have an impact.

In recent weeks there has been a drop off in market valuation requests, auction clearance rates, open home attendees and loan application rates in these centres.

The Olympics failed to lift Brazil, one of the 11 countries in the survey to record price falls over the last year. The UK ranked a mid-table 24th, with house price growth of 5.2%, just above the US on 5.1%.

Knight Frank said that internationally, house prices have converged, with the average global house price up 4% over the year, a figure roughly similar to the previous year.

* Figures based on nominal domestic price growth. On real price growth (stripping out inflation), New Zealand is ranked first and Turkey falls to 13th with 7% growth.