White City: how Soho House, the BBC and the London creatives are helping W12 get its mojo back

Westfield is expanding, the BBC building is being transformed, and Soho House is moving in  W12 is staking its claim as Londons latest hotspot. Nick Curtis on why the future looks best out west

From the top of BBC TV Centres East Tower in White City  the building where Blue Peter and Play School were made  you can see the future of London. The buildings below, once a monocultural fortress for Auntie Beeb, will soon become a mini-metropolis of 950 apartments, a new club and 50-room hotel from Soho House (complete with rooftop pool), as well as three refurbished TV studios and offices for BBC Worldwide and 300,000 other creatives.

Further north are the modern offices of BBC Digital, and beyond them Old Oak Common, itself set to become a mini-city once Crossrail arrives. The worlds largest co-living space, The Collective, opened there in May, offering 551 minimal, serviced living spaces around shared communal areas as an alternative to traditional rental models.

On the other side of Wood Lane, the mind-bogglingly vast, 25-acre, £3 billion new campus where Imperial College plans to invent the future through science and engineering and medicine  as Professor David Gann, Vice President (Innovation) puts it  stretches north beyond the A40. To the east, the new phase of Westfield shopping centre  already one of the top five tourist destinations in London, with 28 million visitors a year  is under construction, and a site occupied by M&S warehouses is to become 1,480 new homes by developer St James.

Out of sight, beyond the A3220, are the headquarters of early White City adopters such as Mario Testino, Stella McCartney and Monsoon. To the south lie the huge new developments at Earls Court and Chelsea Harbour. Dalston can do one, and Hackney can hack off  west is best again, and W12 in particular has got its mojo back.

The rise of White City: the transformation of the former BBC HQ has

One of the reasons for this is geographical. While most brownfield or redundant industrial land is in south or east London, there was a swathe of backland (railway yards, storage facilities, power stations) stretching from Chelsea Creek up to Old Oak, following an old river course. This area is generously shot through with transport: the A40 and M4, a cluster of Tube and bus stations giving quick access to the West End, easy links to Heathrow and now Crossrail landing at Old Oak.

Holland Park and Notting Hill are next to us, nice parts of Hammersmith are next to us, says Paul Monaghan of AHMM Architects, which is helming the TV Centre development. There are two Tube stations and the most successful shopping centre in Europe. Its amazing its taken so long for this area to take off.

Soho Houses Nick Jones says: I feel strongly that the whole area will pop and change dramatically over the next few years. Just like Shoreditch used to be, White City was thought of as quite dodgy, but its changed. And when a building like the TV Centre becomes available, its hard to turn it down.

White City and Shepherds Bush are full of texture and history. Not just the TV Centre and lost iconic buildings like Lime Grove Studios, White City Stadium (home to the 1908 London Olympics) and the vast 1920s Pavilion Cinema (which was hit by a flying bomb and is now the upmarket Dorsett hotel). Theres music venues Bush Hall and the 02 Shepherds Bush Empire, and the Bush Theatre, which is undergoing a major upgrade. 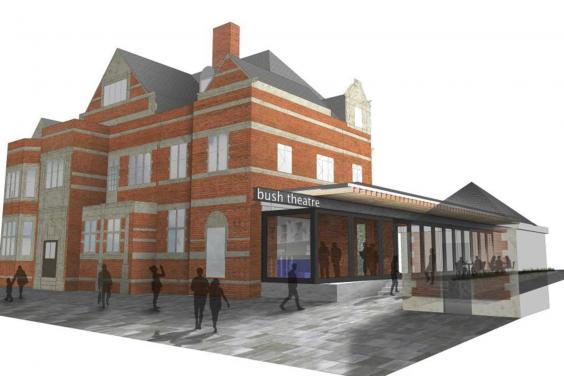 Gigs on your doorstep: the Bush Theatre is undergoing a major upgrade

The area also has a mix of cultures and incomes, the kind that stops London becoming a divided city like Paris. The Uxbridge Road is the most diverse in Europe in terms of languages spoken, says the Bush Theatres artistic director, Madani Younis. Turn right outside our door and you have Westfield. Turn left and you can buy food from just about anywhere in the world for about £5. Other people are realising what Shepherds Bush people know: that this was always a cool part of the city.

Younis says the new developers seem keen to avoid the Christopher Columbus effect  laying claim to an area without regard to, and usually to the detriment of, the existing community.  David Gann says the new Imperial campus will get away from the ivory tower concept of an isolated academic establishment and be open not only to innovators, medical professionals and tech start-ups but also to local schools and residents. Even the new Westfield extension looks more porous and less slab-like than the initial building, with routes through railway arches and new open spaces.

Alistair Shaw of Stanhope, which owns and is developing TV Centre with Mitsui Fudosan and AIMCo, says the fact that the scheme will have residents, Soho House guests, workers and a continuing 24/7 BBC presence will prevent it becoming soulless at night like some other developments. He stresses that Stanhope has reached out to local schools and the Bush Theatre, put on food festivals on the car park roof and buzzy events in the studios, such as the Evening Standard Film Awards and Marc Ronsons album launch. 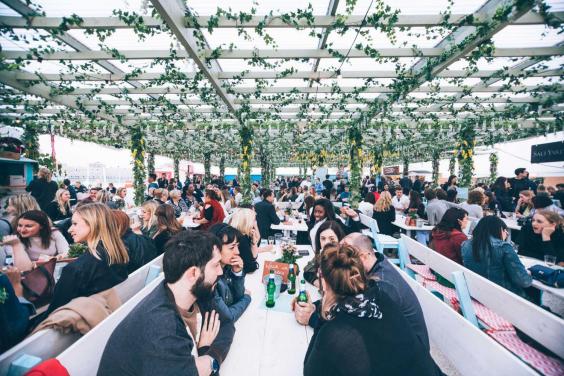 The site will certainly be more open than in the BBC days, with landscaped gardens replacing the service road around the central, listed Helios building, aka the doughnut, of TV Centre. Therell be a Cowshed Active gym  run by Soho House but open to everyone  beneath the statue of the eponymous sun god that stands slap bang in the middle of it. And unlike the schemes at Old Oak or Earls Court, which have 10 or 20 years to reach completion, the refurbished TV studios will be up and running again next year, with the first apartments ready by 2018. The whole scheme could be entirely built in four to five years, says Paul Monaghan.

The 950 apartments here will be out of the reach of the millennials that the Collective hopes to target, with prices starting at £650,000 and rising much higher in the Helios building and the 22-storey edifice that will replace the East Tower. But Shaw points out that these are about half the price of equivalent flats in Notting Hill and two-thirds that of units in the Battersea Power Station development. He is adamant they will be lived in, rather than stagnate as investment properties. We know the people who have bought here are going to live here because we know them: our lawyers bought a flat, Soho House members have bought flats, BBC employees have bought flats... 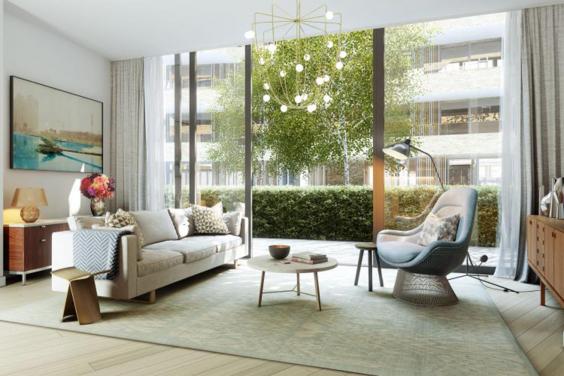 Inside the luxury flats at the converted Helios building

The interior designer Sophie Ashby, whose clients include the aristo-actress Gabriella Wilde as well as burger joint Patty & Bun, has also bought a flat in TV Centre with her boyfriend, fashion designer Charlie Casely-Hayford. I rent in Notting Hill so this was a way of getting on the property ladder in the next-best place, Shepherds Bush, she says. The apartment Ive bought is in the Helios building, it has polished floors, Crittall windows and there is history and soul and character to the architecture. Ive always liked west London. In east London you have to subscribe more to a lifestyle. Here you can be anyone and just enjoy the lovely restaurants and shops and parks. I make the most of London and so does Charlie, and Shepherds Bush is strategically placed for that.

Perhaps it was natural that, after years of focus on the strenuous trendiness of east London, the citys collective gaze should swing back west. We are really excited about west London, says James Scott of The Collective. Shepherds Bush, North Kensington, Cricklewood and Brent Cross are geographically well placed with fantastic transport links and many of the fundamentals that places like Shoreditch had 10 years ago. There are already cool things happening in Acton and around Wormwood Scrubs and Ealing Studios. list.

David Gann points out that there were innovative tech companies along the M4 corridor long before they started popping up in Old Street, and that White City is close to Imperials Kensington base and the hospitals where it has research departments.

But its a wrong-headed view to talk about east v west, he adds. This is about creating the most for London. Our core academic work is going to be out there [at White City] and that will bring hundreds and thousands of talented people who are keen on developing next-generation solutions, new medical interventions, new data science stuff, tackling issues of climate, environment, health care and anti-microbial resistance.

For the past 15-20 years people have talked about the Kings Cross development, which has been truly magnificent: whats happening at White City, with us as one of the huge anchor developers, is on the same scale and over the next 10 to 15 years is going to transform that part of London.