Most affordable commuter towns revealed: Move to Wellingborough for the lowest house prices within an hour of London

Wellingborough has the most affordable property within an hour's commute of London, a study claimed today.

The average house price in the Northamptonshire town comes in at around £183,345, compared to £740,000 in central London.

The research suggested that on average workers willing to commute for an hour to reach central London would save themselves £450,000 when buying a home. 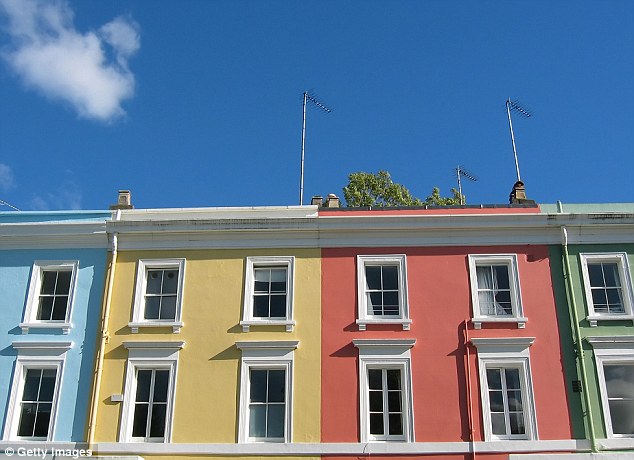 Savings: UK workers willing to commute for an hour to reach central London could save themselves £450,000 when buying a home.

Average house prices for homes an hour away are around 60 per cent lower than the central London average at just over £290,000, Lloyds Bank said.

Towns around an hour away from central London include, Wellingborough, Southend, Rugby and Sittingbourne and the average property value is £294,903, the research suggests.

Even with the cost of an annual rail ticket of around £4,989, the potential savings on the cost of a home an hour away from central London are  evident.

'A commuter would have to make the same journey for 89 years for the total rail costs to wipe out the benefit in house prices', the findings claim.

For workers keen for a slightly quicker commute, homes a 40 minute train journey from zones 1 and 2 in London , including Hatfield, Billericay, Orpington and Reading, command prices of approximately £389,000, 48 per cent less than in central London. 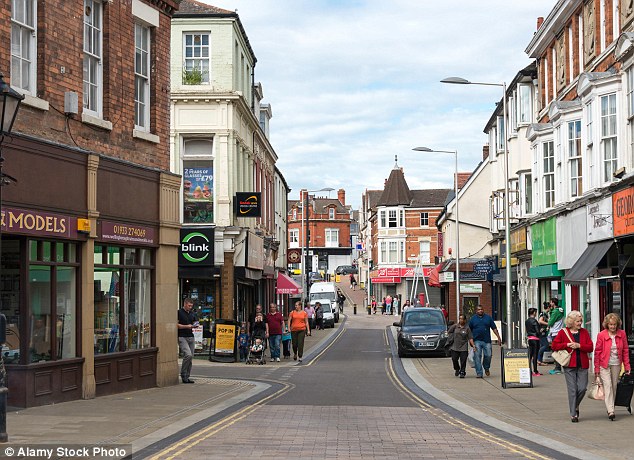 Affordable: The most affordable commuter town for London is Wellingborough in Northamptonshire, where the average house prices come in at around £183,345

Affordability: The most affordable commuter towns for London in 2016, according to Lloyds Bank
When speed is of the essence, even properties a 20 minute train journey away form central London can save you considerable amounts of cash.

Commuters from towns such as Ilford and Elstree and Borehamwood benefit from an average house price that is nearly £297,795 lower than in central London.

With the exception of pricey hot-spots like Gerrards Cross, it's generally cheaper to live outside of central London than in it. But, the same cannot be said for every city across the UK.

In Manchester and Birmingham it is more expensive to live outside the city than within it.

The average house price in Birmingham is around £172,000, but several towns around 40 minutes rail journey away, including Derby, Coventry, Burton on Trent and Leamington Spa, command higher average house prices of £211,661. Commuters from these towns also have to pay almost £2,221, on average, for an annual rail pass. 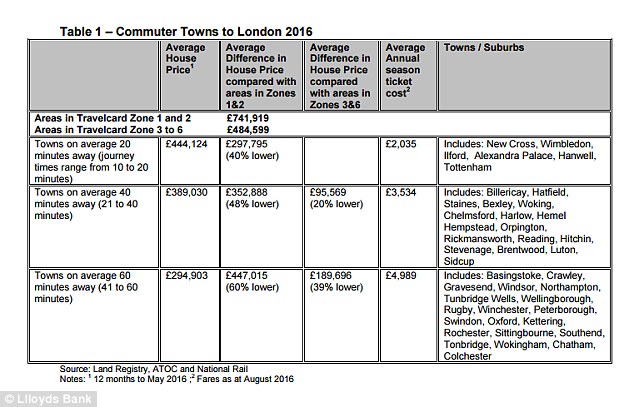 Comparisons: Property prices and annual rail costs in commutable towns, according to Lloyds Bank
The same applies to a number of towns that are approximately 40 minutes away from Manchester, such as Warrington, Chorley, and Macclesfield, which all have a average house prices of around £204,161, compared to £162,214 in central Manchester.

Andrew Mason, Lloyds Bank Mortgage Products Director, said: 'Commuters to London who dont mind a longer journey between home and work could reap the financial benefits of living outside of the capital.
'However the decision of whether to live in the city or further away is not simply a trade-off between financial costs and journey times.

'That explains why, especially outside London, commuters are often prepared to pay a premium to commute when they could be better off in purely financial terms living closer to their place of work.' 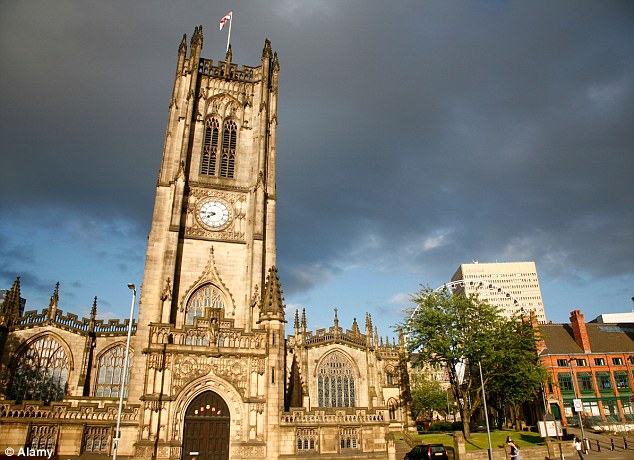 Bucking the trend: Manchester, pictured, and Birmingham buck the trend as areas where it is cheaper to live within the city confines than move further afield