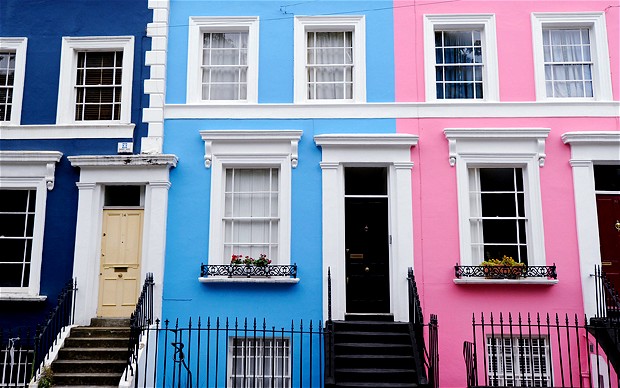 How does your borough compare? (October 2016)

Londons property market is the scene of a full-scale bargain hunt, as buyers cascade towards the outer boroughs in search of an affordable home.

Property prices in some of the cheapest locations are showing the strongest annual growth, according to the latest UK House Price Index, earning existing home owners tens of thousands of pounds in paper profit.
Prices in central London, meanwhile, are flat or even falling. The result is a baked Alaska pattern of house-price growth in the capital  hot on the outside but ice cold in the centre.

Other strong London performers include Havering, where prices surged 19 per cent in the past year to £350,000  meaning that on average home owners in the borough have earned more than £55,000 equity in 12 months.

The Price Index figures suggest that many of the buyers in these locations are property novices, with the number of first-time buyers in London up more  than 13 per cent year-on-year, and 1.3 per cent month on month.

This is despite the fact that the average price of a first home in the capital has now reached £427,685, well over twice the national figure.

The enthusiasm for low-cost boroughs is matched by a cooling of interest in homes across central London. The worst-performing borough in London is Camden, where prices have slipped almost three per cent to £798,000  representing an equity loss for owners of almost £22,000.

Kensington and Chelsea managed a 1.5 per cent price rise, and prices in Westminster rose by three per cent.

London house prices: Barking and Dagenham records steepest rises as growth slows across the rest of the capital

Self-sufficient Scottish island for sale: completely off the grid, Tanera Mor comes with 24-hour electricity, broadband and even a post office

UK House Prices: pace of growth in the East and South-East outstrips the capital - but prices are still rising
We are seeing a complete reversal of where we were five years ago, said Lucian Cook, director of residential research at Savills. The market has reached the point where there is much more capacity for price growth in the outer London boroughs.

Cook believes a key reason for price growth in outer London is that increases in stamp duty and tougher mortgage lending rules have pushed quite affluent buyers into areas which they would not have considered five years ago.

And with the impact of Brexit yet to be fully known, he believes price growth in the capital over the next year will be cautious. Outer London will continue to outperform inner London, but with more modest growth, he said.