How London's property market has changed in 20 years:


How London's property market has changed in 20 years: we chart average house prices, rental trends and first-time buyer salaries from 1996-2016

Since the first issue of Homes & Property, both the capital's skyline and housing market have been transformed beyond recognition. Here's how...

Price growth across the capital - plus 15 areas in the spotlight

From yuppies to yummy mummies, and scumble glazing to polished concrete, its not only Londons skyline that has changed almost beyond recognition in the past 20 years.

Wages have failed to keep pace with this leap. In 1999 the average Londoner earned £22,487, compared to an average £36,302, a 47 per cent increase. Which means property prices have risen more than 11 times as fast as incomes, locking many Londoners off the property ladder (sources: Office for National Statistics; Savills). 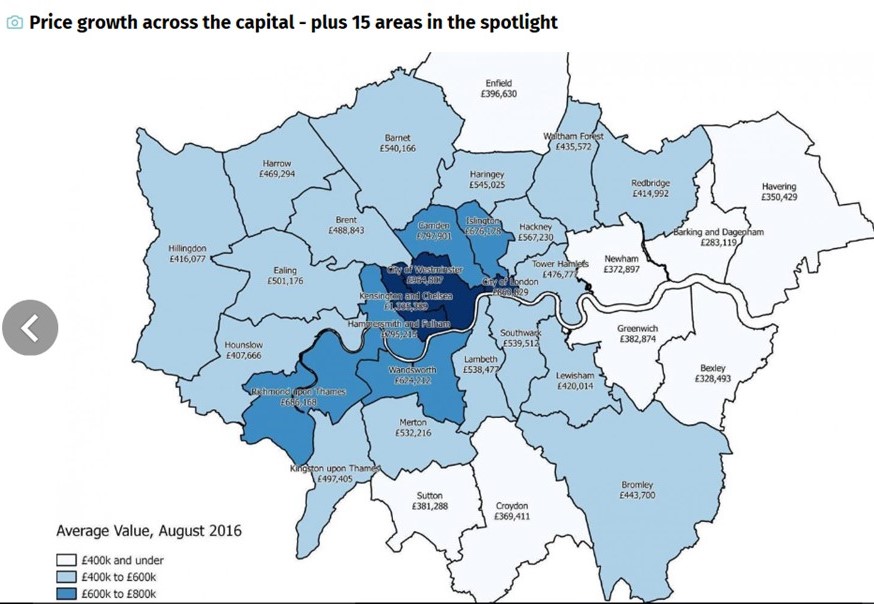 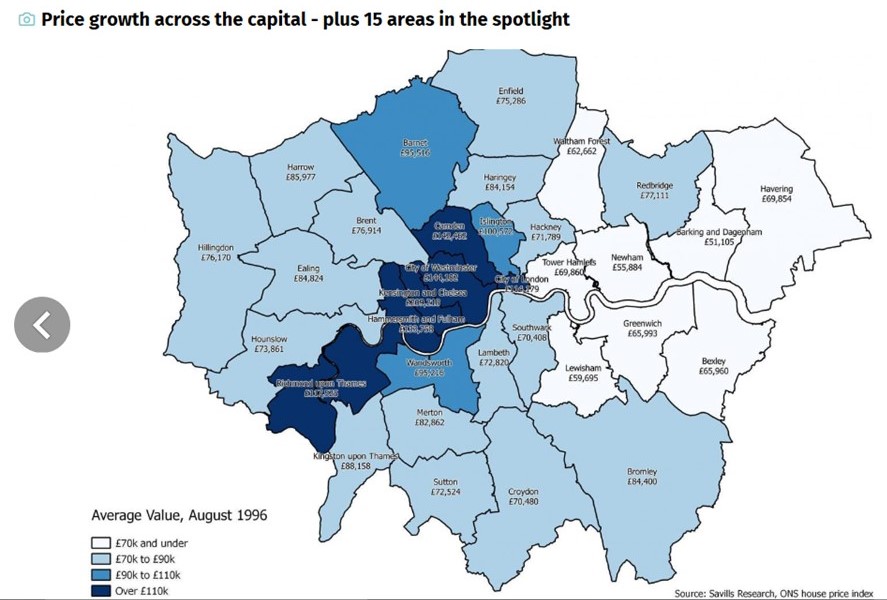 2. RENTING
In 2001 just 15 per cent of Londoners rented  it was what you did for a few years before you bought a flat.

Now, around one in three of the capitals residents belongs to Generation Rent and many believe they will never own a home (source: Valuation Office Agency).

Their average deposit is £96,000, which is a tenfold increase on 20 years ago (sources: Council of Mortgage Lenders; Halifax).

4. TRANSPORT UPGRADES
The capitals transport network has spread and improved over the past 20 years. In 1996 the Jubilee line was extended through central London to Canada Water, Canary Wharf, and on to Stratford.

Canary Wharf, back in those days, was very much a work in progress: metaphorical tumbleweed blew across Canada Square at evenings and weekends. Charlie Hart, head of City & east residential development at Knight Frank, was working in Canary Wharf in 1996 but believes it was not until the early to mid-Noughties that the area reached a critical mass.

Wall-to-wall wonders: feature skyscrapers by starchitects characterise the City skyline today, from Canary Wharf to the Gherkin and the Shard (Getty)

It was the first dawn of a strong and viable high-rise market in London, says Hart.

In the mid-Nineties early adopters who bought in Canary Wharf paid in the region of £85,887 for a flat, compared to £478,000 today, according to Hamptons International, representing  a 457 per cent leap.

The 2010 extension of the East London line has worked similar magic on local property prices. In Shoreditch, for example, they have grown from £91,678 to £492,398 over the last six years, an increase of 437 per cent.

Memories: the City's skyline's standout features in 1996 were St Paul's and the NatWest Tower (Rex)

Then: local councils held all the power.
Now: London has had an elected Mayor since 2000.

Then: developers and councils rarely hired outside architects to design homes, hospitals, or schools.
Now: a starchitect name or an up-and-coming practice is seen as an essential expense.

Then: One Canada Square was Londons only real skyscraper.
Now: the skyline has changed beyond recognition with additions such as the Shard, Heron Tower, the Cheesegrater and the Walkie-Talkie. With 250 more towers in the pipeline it is hard to imagine how crowded the skyline might look by 2036.

Then: One Hyde Park had just been granted planning permission.
Now: after a million column inches, homes at this most-prestigious address fetch record prices. One buyer spent £136 million on a duplex. The scheme upped the ante for other developers, who now routinely add lavish health and leisure facilities to tempt buyers.

Then: Kelly Hoppens taupe on taupe style was the look to copy; stencilling and scumble glazing were unaccountably hip, as were squishy sofas decorated with giant cabbage roses and heaped with pastel-coloured cushions.
Now: 50 shades of pale grey on the walls, engineered oak or polished concrete floors, and mid-mod furniture rule.