Hipster hotspots pushing up house prices across the UK

Major cities across Britain are becoming home to hipster hotspots - pushing up house prices strongly in places such as Bristol, Manchester and Edinburgh as well as in London - research has found.

Property website Zoopla looked into the impact on house prices in areas which have attracted new generations of creative, upwardly-mobile people. Some neighbourhoods have become more gentrified as younger generations of home buyers have found themselves priced out of the areas nearby.

Dalston in East London was identified by Zoopla as the top hipster hotspot, with property prices there having typically increased by nearly 60% over the past five years, now averaging £633,593.

While London's Shoreditch, Stratford, Tooting and Stoke Newington were also identified as having seen strong house price growth, Zoopla found that away from London, property values in other cities' suburbs have also surged as their popularity has grown.

Montpelier in Bristol, which has previously been dubbed one of the coolest places to live in Britain, has seen property price growth of nearly 40% across the last five years.

Meanwhile, Chorlton in Manchester has seen house prices increase by 28% over the past five years. And in Wales, Penarth, with its seaside views and close proximity to Cardiff making it a popular location for young professionals, has seen property values jump by 23% since 2011.

Birmingham was also identified as a hipster hotspot, with property values in the Jewellery Quarter having increased by 31% over the past five years.

And in Leith in the Edinburgh area, house prices have increased by 13% since 2011. Glasgow's Finnieston has also seen property values increase by 20% over the past five years.

Lawrence Hall, a spokesman for Zoopla, said: As cities change shape and property prices continue to climb, it is inevitable that run-down areas are revived to accommodate growing resident numbers, resulting in new trendy hotspots starting to appear.

Given London's population and size, and the city's ongoing gentrification process, it's not surprising to see the capital's edgy enclaves dominating the hipster hotspot rankings.

With gentrification happening across UK cities, we have seen a shift in price for these areas over the past five years as well as a new set of residents for these hotpots in these ever-growing cities. 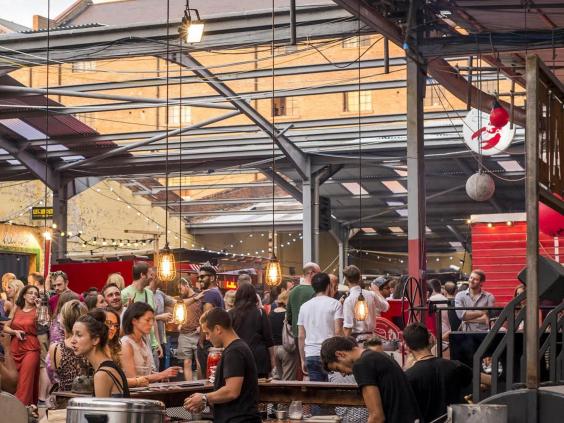