Rise of 1.7% takes 2016 increase to 6.5%, pushing ratio of prices to earnings to just shy of pre-financial crash all-time high 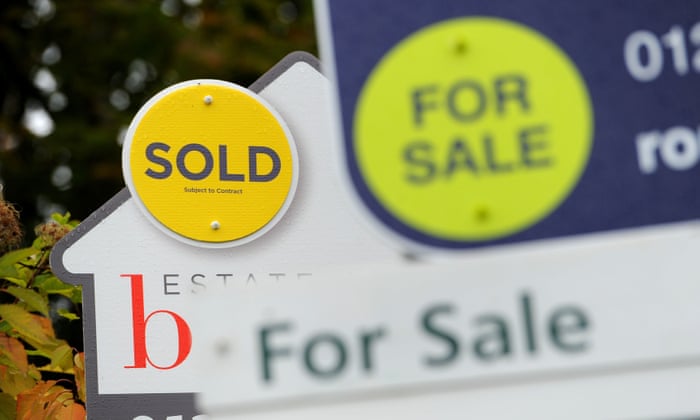 The average UK house price surged by nearly £4,000 in December in the fastest acceleration in values since the Brexit vote, according to Halifax.

The latest surge in prices follow a slew of end-of-year predictions forecasting a marked slowdown in the market in 2017.

Halifax said prices in the final quarter of the year were 2.5% higher than in the previous quarter, while the annualised rate of increase rose to 6.5% in December from 6% in November.

Luton, a one-hour commute from central London, recorded the biggest percentage rise in house prices among major UK towns and cities over the past year, according to recent separate research by Halifax. Prices in the Bedfordshire town jumped by 19.4% in 2016 from £214,934 to £256,636.

The Guardian view on the housing crisis: right to rent

Editorial: For too long councils have been unable to build for rent. The housing white paper should bring them in from the cold
Read more

The eastern outer London borough of Barking and Dagenham experienced the second biggest rise in average house prices with an increase of 18.6%. Dunstable  Lutons near neighbour  completed the top three with a 17.9% rise.

Martin Ellis, Halifax housing economist, predicts that house price inflation will subside in 2017 despite Decembers surge. House prices finished 2016 strongly. Slower economic growth, pressure on employment and a squeeze on spending power, together with affordability constraints, are expected to reduce housing demand during 2017.

UK house prices should, however, continue to be supported by an ongoing shortage of property for sale, low levels of housebuilding, and exceptionally low interest rates. Overall, annual house price growth nationally is most likely expected to slow to 1%-4% by the end of 2017. The relatively wide range for the forecast reflects the higher than normal degree of uncertainty regarding the prospects for the UK economy this year.

While final year-end figures for transactions have yet to be announced, Halifax estimates total UK home sales for 2016 will be broadly unchanged from 2015 and 2014, at about 1.2m.

Nearly six months on from the Brexit thunderbolt, prices are once again picking up speed slowly and steadily, said Jonathan Hopper, managing director of Garrington Property Finders. The chronic imbalance between demand and supply is playing a big part in driving up prices.

It would seem positive news on house prices simply will not go away despite the efforts of some to make us accept that the market will weaken in the wake of EU referendum angst.

As we have said time and again, the UK housing market is fundamentally robust, bulletproof even, and we do not subscribe to the view of the naysayers that we will see price reductions in 2017. The clever money, given todays numbers, is yet more positive news which will serve to underpin the overall economy this year.

We believe the fundamentals for house buyers will progressively deteriorate during 2017 with consumers purchasing power weakening markedly and the labour market likely softening. Increasing economic uncertainty is also likely to weigh down on consumer confidence and willingness to engage in major transactions such as buying a house. Housing market activity and prices are also likely to be pressurised by stretched house prices to earnings ratios and tight checking of prospective mortgage borrowers by lenders.