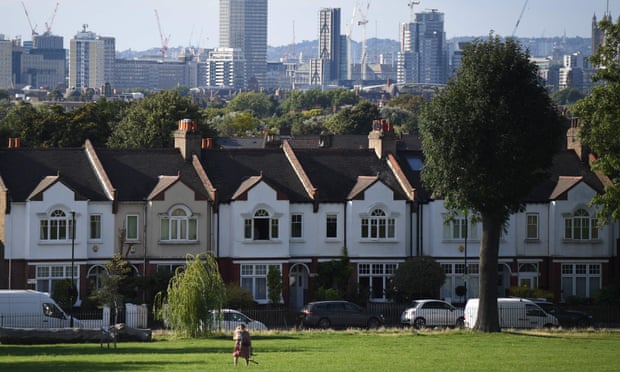 Houses in London. Housing turnover across the city has fallen by 17% since 2015. Photograph: Chris J Ratcliffe/AFP/Getty Images

The slowdown in the growth of London house prices appears to be abating, leaving Bristol as the UK city with the biggest drop in property prices expansion last month, according to new figures.

Upward pressure on prices in the capital is returning following weak annual growth since the start of 2016, amid a fall in sales as homeowners refuse to sell up for lower valuations, according to the property firm Hometrack.

Bristol recorded a steeper fall in house price growth, after a boom in recent years began to push homes in the city to unaffordable levels for an increasing number of buyers.

Housing turnover across London has fallen by 17% since 2015, as affordability pressures ratchet up with higher prices. The average price of a home in the capital rose 2.8% to £494,300 in the year to July, albeit slower than the 11.2% expansion in the same period a year ago, the Hometrack figures show. 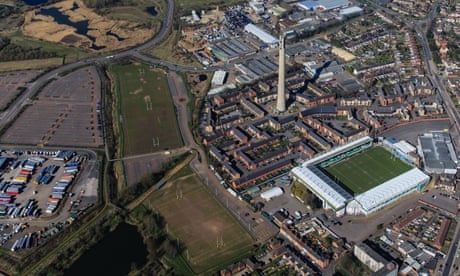 House prices in Bristol were 3.7% higher than in July 2016, compared with a growth rate of 14.3% a year ago. But while the average price for a property, £268,400, remains low compared to other cities, prices have rocketed about 60% since the financial crisis as growing numbers of people move to the area.

Richard Donnell, research and insight director at Hometrack, said: Affordability growth was starting to get stretched in Bristol, where weve seen a lot of growth. Brexit adds to uncertainty, compounding the affordability problems in some areas.

British consumers are coming under pressure from a dive in the value of the pound following the EU referendum, leading to higher prices for food and clothing, which are rising at a faster pace than wages. Private consumption is growing at the weakest rate in almost three years, as squeezed households tighten their belts, while the latest data also helps to explain lower levels of interest in moving house.

The downward pressure on prices is greatest in the most expensive parts of London, where demand has been weaker since the end of 2014. Of 46 boroughs and districts in the capital monitored by Hometrack, seven recorded falling valuations, led by a 5.7% year-on-year decline in the City of London.

Paul Lynam, chief executive of Secure Trust Bank, said: Central London remains soft albeit prices appear to be stabilising. The upper end of the market is devoid of volume and this must be costing the Treasury in terms of revenue forgone from stamp duty.

He said his bank, which is based in Solihull, was continuing to see appetite for lending outside of central London. Developers are getting prices at or above those anticipated when they commenced the projects and demand is good, he said. 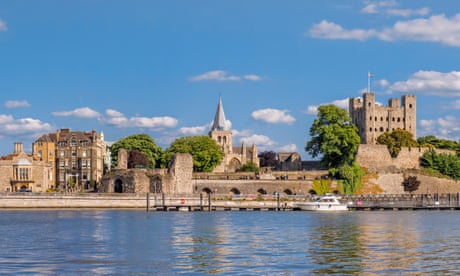 Its got a Norman castle, an ancient cathedral, fantastic views over the Medway  and Dickens
Read more

The property market has remained more buoyant in many regions outside London since the Brexit vote, as house prices continue to rise. Property valuations in Birmingham are growing at the fastest pace, at 8% in the year to July, with the average house costing £155,400. Other big cities including Manchester, Nottingham and Leeds are also experiencing annual growth rates above 5%.

Annual house price growth across major UK cities stands at 5.3% compared to 7.4% in July 2016, according to Hometrack. Aberdeen was the only city from 20 watched by the research provider where prices are falling, with average valuations 16% lower than they were in December 2014 as a fall in the oil price hurts the local economy.

Mortgage approvals from British banks hit a five-month high in July, according to data published on Friday from the trade body UK Finance. Lenders approved 41,587 mortgages for house purchases last month, up from 40,385 in June and 9% higher than July a year ago, the month that followed the Brexit vote.

House price growth is helped by a marked shortage of houses for sale and lack of new properties being built, while high levels of employment and low mortgage rates are also pushing prices higher. Still, weaker spending power among consumers could put pressure on valuations.

Howard Archer, chief economic adviser to the EY Item Club, said: The fundamentals for house buyers are likely to remain weak over the coming months with consumers purchasing power continuing to be squeezed by inflation running higher than earnings growth. Housing market activity is likely to be hampered by weakened consumer confidence and limited willingness to engage in major transactions.