Average price of a home fell 0.1% between July and August as pressure mounts on household finances, says Nationwide 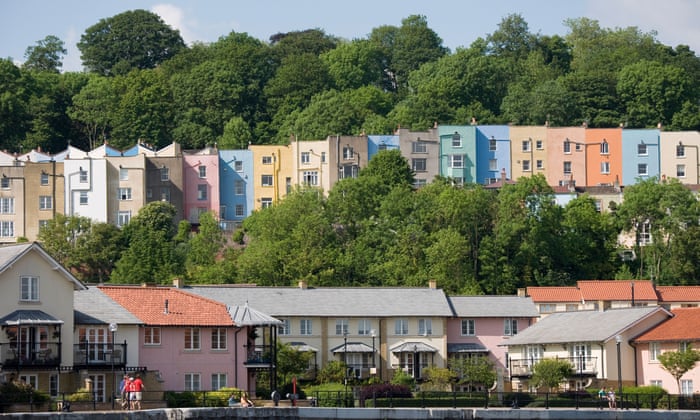 View from Bristol harbour. A shortage in homes on the market in the UK is underpinning house price growth. Photograph: Alamy Stock Photo

UK house prices dipped this month, dragging down the annual growth rate, in further evidence of a cooling market.

The average price of a home fell 0.1% between July and August to £210,495, according to Nationwide, Britains biggest building society. Prices rose in July and June but fell between March and May, the first time this had happened since the financial crisis.

The latest monthly price drop took the annual growth rate back down to 2.1%, a level last seen in May, which was the lowest rate in four years, from 2.9% in July.

Robert Gardner, Nationwides chief economist, said: The slowdown in house price growth to the 2-3% range in recent months from the 4-5% prevailing in 2016 is consistent with signs of cooling in the housing market and the wider economy.

He noted that economic growth had halved from last year to about 0.3% per quarter in the first half of this year and that the number of mortgages approved for house purchase hit a nine-month low in June, while surveyors had reported softening in the number of new buyer inquiries.

He said in some respects the slowdown in the housing market was surprising, given the strength of the labour market, while mortgage rates have remained close to all-time lows.

Household finances are under mounting pressure, with the cost of living rising steadily as the weak pound bites, and wage growth stagnating.

Samuel Tombs, chief UK economist at the consultancy Pantheon Macroeconomics, said the slowdown in house price growth reflected the squeeze on real wages (adjusted for inflation) and the slowdown in the pace that mortgage rates are falling.

Business Today: sign up for a morning shot of financial news

Prices likely will continue to struggle to rise much, given that inflation still has further to rise, consumer confidence has deteriorated sharply since June and lenders intend to reduce the supply of unsecured credit.

From February, new lending also will not generate borrowing allowances from the Banks term funding scheme, raising the costs of credit significantly. Accordingly, we still think that prices will be up just 1.5% year-over-year in December.

A shortage in the number of homes on the market is underpinning house price growth, with the number of properties on estate agents books close to 30-year lows. Nationwide expects prices to rise by 2% over 2017 as a whole. It says house prices across the country are still 12% above their 2007 peak.