Some might pray for a house price crash, but be careful what you wish for 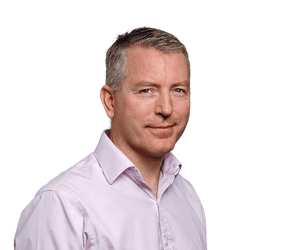 A recent price dip could mean a slump is on the way, but examples such as Dublin show this might not be good for the economy 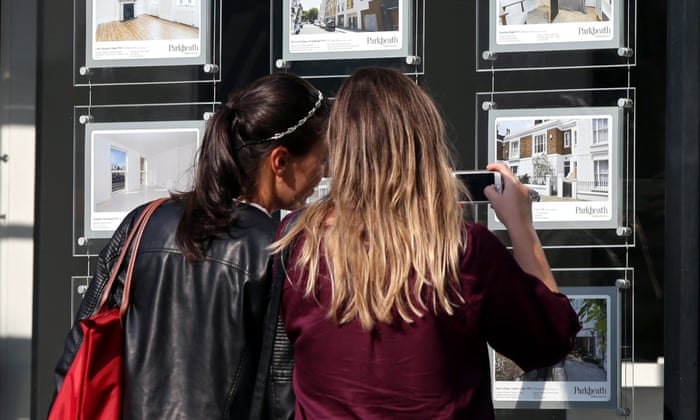 A house price crash would help buyers currently priced out of the market  but may damage the wider economy. Photograph: Yui Mok/PA

Nationwide recorded a tiny dip in house prices in August, with the average property falling in value by 0.1%. Its important to point out that the typical home is still selling for 2.1% more than last August, but this is nonetheless a marked slowdown, and one that exposes a sharp rift between two opposing camps in the property market.

The priced out generation believe a crash would return prices to sanity. But they are pitted against those who say the whole economy will come crashing down with the property market. So whos right?

Can we first be clear that the likelihood of a property crash in Britain remains low. Despite the catastrophising over Brexit, the UK remains a densely populated land with near full employment, where housebuilding has been depressed for decades, and where money can be borrowed at historically low rates. These tend not to be conditions in which asset prices suddenly implode.

But it would be dangerous to completely rule out a property crash. The reckless early 1970s Barber boom, when house prices doubled in just three years, was followed by years of real price falls, albeit masked by the stagflation of the time.

The biggest numerical fall in house prices in recent history was between 1989 and 1993, when they dropped 20%  or rather more than the 13% fall after the 2007-08 financial crisis. Neither did they recover so swiftly.

It is memories of the early 1990s that should restrain anyones glee at the prospect of a property crash. Many of those who had taken out big mortgages could no longer afford the repayments. About 250,000 homes were repossessed between 1989 and 1993, wrecking countless lives. A much greater number were haunted by negative equity, trapped in homes they couldnt sell.

To bring todays house prices back to sanity  lets say to the levels that pertained in the mid-1990s  would require a 40% fall nationally, and probably more than 50% in London. Some experts reckon thats more or less exactly what will happen. Last month, Paul Cheshire, a professor of economic geography at the London School of Economics, warned that they could fall as much as 40%.

The eight biggest banks have been stress-tested by the European Banking Authority so that they can withstand house price falls of 35%, unemployment soaring to 12% and interest rates jumping to 4%. Were told the majority will (just) remain standing.

There would of course be no tears for the estate agents and buy-to-let merchants wiped out by a property crash. But the collateral losses would be unbearable. Banks would halt lending, not just for property but to the wider economy. Households would halt spending, as they rebuilt their personal balance sheets by saving as hard as possible to reduce their debts.

There would be winners  not least the younger generation currently parting with as much as 60% of their take-home pay in cities such as London, Oxford and Brighton, just to find a place to rent.

But they should be careful what they wish for. Across the Irish Sea, Dublin went through the 50% price crash that many pray for in London. But it did not prompt a wave of buying by delighted young adults. Most are still unable to access mortgages from the burnt-out Irish banks (now also subject to stiff lending rules) and are forced to pay some of the most painfully high city rents in Europe. The fact that post-crash houses sell for nothing in Roscommon or Longford is no help to a graduate in Dublin, just as houses in Stoke or Burnley collapsing to £25,000 would be no help to a young adult starting out on a career in London.

None of this is meant to defend a status quo of house prices at 10 times local incomes in many locations, particularly in the south. The good news is that government policy is no longer wedded to pumping up prices; the stamp duty hikes have taken the froth off the top end of the property market, while buy-to-let tax increases mean landlords can no longer so easily elbow aside first-time buyers.

The ideal solution would be a gentle, long-term deflation in house prices, maybe running 1% to 2% a year below wage increases, helped by small rises in interest rates. Stamp duty and buy-to-let taxes are helping us down that path. Lets hope the government does not give in to the calls by estate agents to reverse the reforms.