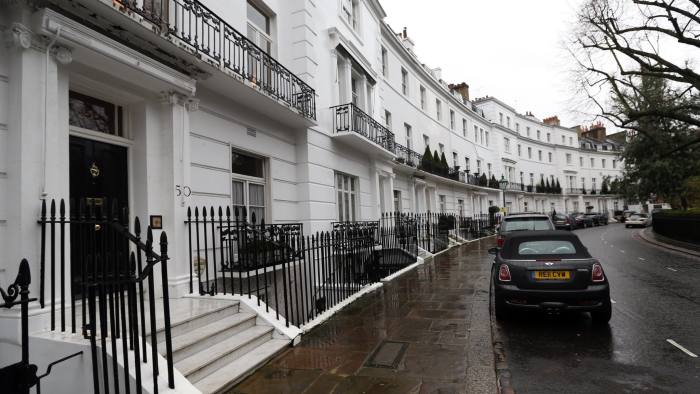 Survey shows buoyant market in regions outside most of South East

House prices across the UK grew modestly in August, following stagnation in July. However, the average picture hides sharp regional disparities, with widespread price rises in Northern Ireland and north-west England but price falls in London and parts of the South East.Across the UK as a whole, there were 6 per cent more estate agents reporting that house prices rose than reporting house prices fell during the three months to August. This was up slightly from July when an equal number of agents reported house price falls as price rises, according to the latest Royal Institution of Chartered Surveyors survey of its members.Since the financial crisis, house prices have grown faster than earnings across the country. The gap has been particularly large in London and the South East with the ratio of the average house price to average earnings for those living in the capital rising from 7.8 in 2009 to 12.9 last year. Even though house price growth has moderated during the past year, the latest figures from the Office for National Statistics show that average house price growth, at 5.1 per cent over the year to July, has continued to outstrip earnings growth of 2.1 per cent. House price growth has also exceeded growth in the price of other goods and services. The consumer price index rose by 2.6 per cent during the year to July. 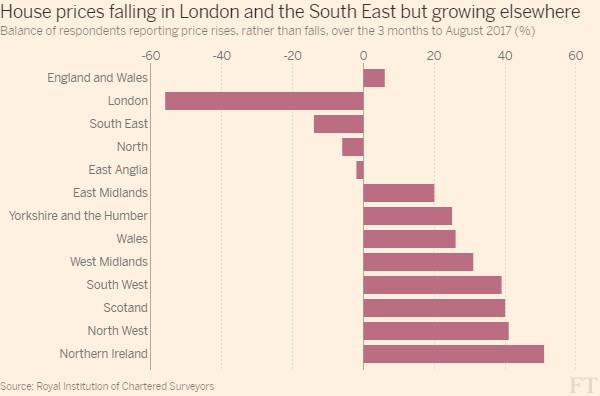 The number of houses changing hands remains subdued and there continued to be slightly more agents reporting a decline than a rise month-on-month in new buyer inquiries and new vendor instructions. But the pace of decline in interest from buyers and sellers has moderated in recent months. The stock of properties on agents books remains close to an all-time low, with levels rising in the capital but falling elsewhere. 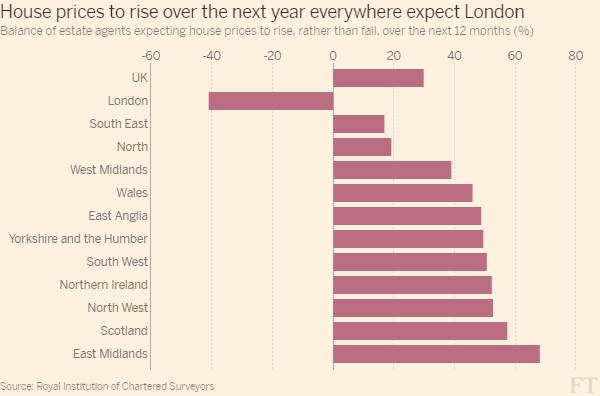 As has been the case for several months, the housing market continues to look more buoyant outside London and the South East. The balance of respondents in London who reported falling rather rising prices was the weakest result since February 2009. For a third consecutive month there were also more agents reporting a decline rather than an increase in prices across the South East. Agents in Northern Ireland reported the most widespread price increases over the past three months. A balance of 51 per cent of survey respondents there reported a rise rather than a fall in house prices during the three months to August. 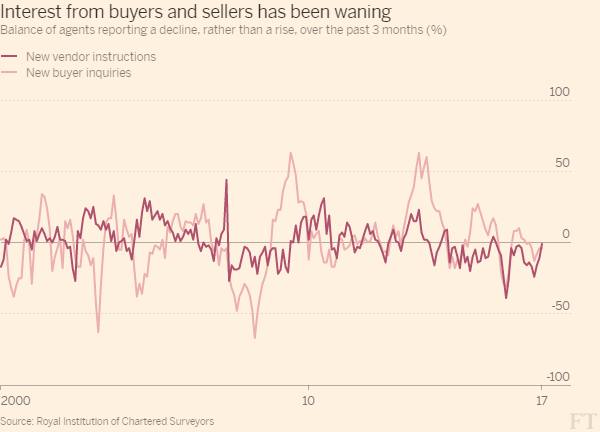