Scotland, north-east England and Wales only areas where sales picked up, according to surveyors 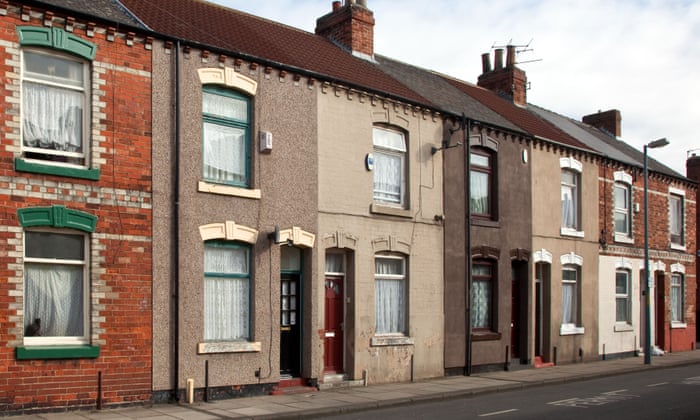 Houses in Middlesbrough. The northeast of England is one of the few areas of Britain to see property sales pick up. Photograph: Mar Photographics/Alamy

Britains housing market has stalled, with fewer people looking to buy a new home and prices barely rising across the country, according to a survey by the Royal Institution of Chartered Surveyors (Rics).

Rics expects the market to remain subdued in the coming months as newly agreed sales stay flat or fall in most regions of the UK.

Interest from buyers continued to drop in October, with 20% more surveyors reporting a fall in new buyer enquiries than an increase. The same proportion observed a decline in transactions over the month across the UK.

The north-south divide persists: Scotland, north-east England and Wales were the only areas where sales picked up, while in the rest of the country trends were either flat or negative. Sales are expected to flatline in the next three months, and to dip over 12 months.

Rics said a balance of just 1% of professionals saw prices go up nationally last month, down from 6% in September. 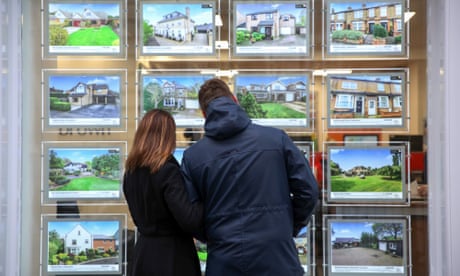 In London, nearly two-thirds of surveyors reported a drop in prices over the month  the poorest reading since the depth of the financial crisis in 2009.

In the Rics report, Neil Foster of Foster Maddison Property Consultants in Newcastle said: Prolonged political uncertainty and weak direction from government is hampering sentiment among buyers and sellers. We are in for a long winter.

Alan Fuller of the eponymous estate agents in Putney in south-west London, said: We usually have buyers registering keen to move before Christmas. So far we are registering 80% less than normal during October.

The Rics chief economist, Simon Rubinsohn, said: The combination of the increased cost of moving, a lack of fresh stock coming to the market, uncertainty over the political climate and now an interest rate hike appears to be taking its toll on activity in the housing market.

Rubinsohn said homeowners tended to stay put, while first-time buyers were focusing on the part of the market supported by the help to buy initiative.

A stagnant secondhand market is bad news for the wider economy, not just in terms of spending but also because it restricts mobility, he added.

The downturn in luxury housing is also continuing, the Rics report suggests: for homes valued at £1m or more, nearly three-quarters of surveyors are reporting that they change hands for less than the asking price. For homes listed at between £500,000 and £1m, nearly two-thirds of professionals noted that sales prices were coming in lower than asking prices.

In the lettings market there was little change in tenant demand in the three months to October. Rents are expected to rise by about 3.5% a year over the next five years. However, in London rents are set to fall over the next 12 months.

The surveys from major mortgage lenders Halifax and Nationwide have painted a more buoyant picture of the housing market. This week Halifax reported that house prices in the UK were rising at their fastest annual pace since February, up 4.5% to a record £225,826.

Nationwides house price index also showed prices picking up in October, to an annual rate of 2.5%, the highest reading recorded in three months.

Both lenders cautioned that the increase in prices was in large part caused by a shortage of homes on the market rather than a recovery in demand. In addition, low mortgage rates and high rates of employment have countered the squeeze on household incomes from stagnating wages and rising inflation. However, last week the Bank of England raised borrowing costs for the first time in a decade and hinted at gradual rate rises.

Brian Murphy, head of lending for mortgage broker Mortgage Advice Bureau, said: What one can draw from the Rics report is that if consumers are seeking to sell within the next few months, then pricing realistically is going to be key, as clearly there are still buyers out there who are motivated and want to move, but the dynamic is shifting slightly in some areas.