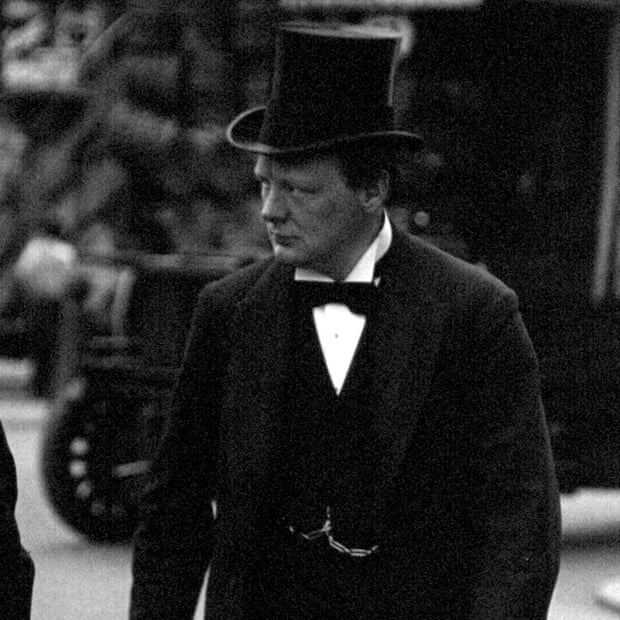 Winston Churchill in 1910. He promoted the peoples budget and lamented landowners profits. Photograph: PA
on the recent court case where controversial landlord Fergus Wilson defended (but lost) his right to refuse to let to Indians and Pakistanis, I learned something about how hes now making money. He is now far from being Britains biggest buy-to-let landlord. Hes down to 350 homes, from a peak of 1,000. And whats he doing with the cash made from sales? Buying agricultural land close to Kents biggest towns. One plot he bought for £45,000 is now worth, he boasted, £3m with development permission. And therein lies the reason why we have a housing crisis.

As long ago as 1909, Winston Churchill, then promoting Lloyd Georges peoples budget and its controversial measures to tax land, told an audience in Edinburgh that the landowner sits still and does nothing while reaping vast gains from land improvements by the municipality, such as roads, railways, power from generators and water from reservoirs far away. Every one of those improvements is effected by the labour and the cost of other people  To not one of those improvements does the land monopolist contribute, and yet by every one of them the value of his land is sensibly enhanced  he contributes nothing even to the process from which his own enrichment is derived.

When Britains post-war housebuilding boom began, it was based on cheap land. As a timely new book, The Land Question by Daniel Bentley of thinktank Civitas, sets out, the 1947 Town and Country Planning Act under Clement Attlees government allowed local authorities to acquire land for development at existing use value. There was no premium because it was earmarked for development. The New Towns Act 1946 was similar, giving public corporation powers to compulsorily purchase land at current-use value. The unserviced land cost component for homes in Harlow and Milton Keynes was just 1% of housing costs at the time. Today, the price of land can easily be half the cost of buying a home: £439,999 is the cost of land with planning permission for one terraced home in a less salubrious part of London such as Peckham.

What happened? Landowners rebelled and Harold Macmillans Conservative government introduced the 1961 Land Compensation Act. Henceforth, landowners were to be paid the value of the land, including any hope value, when developed. Today a hectare of land is worth 100 times more when used for housing rather than farming. Yet when a bureaucratic pen grants permission, all the value goes to the landowner, not the public. Bentley says landowners pocketed £9bn in profit from land they sold for new housing in 2014-15. For each new home built that year, £60,000 went as profit to the landowner. Major infrastructure projects such as Crossrail 2 and the Bakerloo tube line extension are estimated to cost the public purse £36bn. Landowners, meanwhile, will pocket £87bn from increased land values nearby.

In the Netherlands, the only sizeable country in Europe more densely populated than England, the Expropriation Act allows local authorities to buy land at current-use value. They prepare it for development, use part for social housing and sell the rest for commercial use, often at a large profit.

Think of it. Councils take all the financial uplift from planning permission, using potentially huge profits from land sales to build social housing almost at no cost to the public purse. Developers focus on making profits from building high-quality homes, not from hoarding plots. Land speculation is killed off almost overnight.

Instead, the chancellor will tell us in this weeks budget that the solution is billions more for help to buy. All that does is raise property prices and landowner profits. If only Philip Hammond could be more like Churchill.