'The last seven years have been marked not just by the Tories lack of interest in social homes and apparent disdain for those who rely on them, but a sustained attack on the very concept of social housing'

If the Government wants to use next weeks Autumn Budget to finally start addressing the countrys housing crisis then Philip Hammonds reported decision to ease borrowing restrictions on local councils is a good place to start.

It is an admission, at last, that councils must have a role to play in building homes, after years in which ministers inexplicably appeared to think the country could rely on private developers alone.

As ever, though, the devil will be in the detail. If ministers are truly to oversee a new era of council house building then sweeping changes are needed to allow town halls to borrow money to build homes in the same way they do to finance other types of infrastructure. On Wednesday we will find out whether or not that is what is being offered. 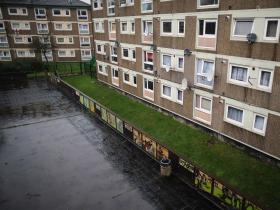 Only once in history has Britain built the number of homes we now need. That was in the post-war years, and it was local councils that were the engine. If we are to repeat that feat, they need to be freed to be so again. Britain is, ludicrously, almost alone among European countries in not classing investment in housing as infrastructure spending. That needs to change.

Whatever the Chancellor announces next week, it must be a significant change on what has gone before. The housing policies of successive governments in recent years have failed, and spectacularly so. They have resulted in plummeting numbers of social homes, rampant unaffordability, millions of people struggling to cope with soaring private rents, and home ownership levels at record lows. Since 2010, homelessness has rocketed and the number of genuinely affordable homes plunged. The word crisis is used too much in politics. When it comes to housing in Britain, it barely goes far enough.

If Mr Hammond is serious about beginning to correct this, he will significantly raise the cap on what local authorities are allowed to borrow.

He should go further still. Town halls should also be given the right to keep the profits from homes they sell under Right to Buy. Currently a quarter of all proceeds have to be handed over to the Treasury  a government cash grab of money that should be used for new council homes.

Ministers should also scrap their policy, introduced last year, of forcing councils to sell off their most valuable council homes in order to fund the extension of Right to Buy to housing association properties. While barely any new social homes are being built, it is absurd to force councils to sell off  often to buy-to-let landlords and property speculators - the few they have left. That policy alone is predicted to lead to the loss of 100,000 council homes by 2020.

At the same time, the Chancellor should re-instate government grants to help councils build homes, which have been cut from more than £4bn in 2010 to less than £1bn now. As funding was axed and borrowing restrictions maintained, councils have stopped building: across Britain, they managed to complete just 1,840 new homes last year. If authorities have no money and cannot borrow, they cannot fund new housing. Even Fiscal Phil must realise that.

Ministers must also rethink the Right to Buy policy that has decimated the stock of social housing in the UK. It constitutes the biggest privatisation the country has ever seen, with tens of thousands of public homes each year sold to private tenants. The consequences are stark: there were 6.5 million council homes in Britain when Right to Buy was introduced in 1980. There are 2 million now.

In part, this is because councils have been unable to build new homes to replace the ones privatised under Right to Buy. Currently just one new home is built in place of every five sold off. Yet instead of rectifying this, last year the Conservatives extended Right to Buy even further  expanding it to housing association properties as well as council ones.

A genuine move to lift borrowing restrictions on councils is, then, one of the biggest steps that could be taken to get Britain building again. Mr Hammond, however, appears unlikely to give councils free reign, and Whitehall will want to retain a tight grip on town hall balance books. Suggestions are that restrictions may also be lifted only on a small number of councils.

With bold action desperately needed, the risk is the Chancellor announcing small-fry changes that amount to more tinkering, masked in a smokescreen of spin.

Still, it must surely be better than what went before. The last seven years have been marked not just by the Tories lack of interest in social homes and apparent disdain for those who rely on them, but a sustained attack on the very concept of social housing. Since 2010, ministers have ordered housing associations and developers not to build them, slashed grants that helped local authorises fund them, forced councils to sell them off and extended the Right to Buy policy so that more of them were privatised.

The consequences are clear: a 97 per cent fall in new social homes being built since 2010, and the number of council houses in the UK reaching record lows year-on-year, with 174,000 fewer than there were seven years ago.

It took the Grenfell Tower disaster to finally shift Conservative policy on social housing, shining the starkest of spotlights on years of neglect.

The blaze exposed the conditions that some of the poorest in society are forced to endure as councils are unable to build new, fit-for-purpose properties or renovate existing ones. Sajid Javid, the Communities Secretary, admitted last month that the Tories had failed on housing and promised a complete rethink of our approach to social housing. Some might ask why it took a deadly fire to prompt that.

Now, we are told the Government is ready to chance tack. Ministers are finally beginning to talk about council housing again. Wednesdays Budget will reveal whether the talk is going to be matched with action. Philip Hammonds reported willingness to lift the borrowing cap on councils is a step in the right direction. It is a signal of a move away from an approach that has decimated affordable housing across the country. When it comes to truly addressing Britains housing crisis, there is much further still to go