That was a rise from 5 per cent in the twelve months to November. The jump exceeds rises in average wages, prompting experts to warn of a further strain on affordability. 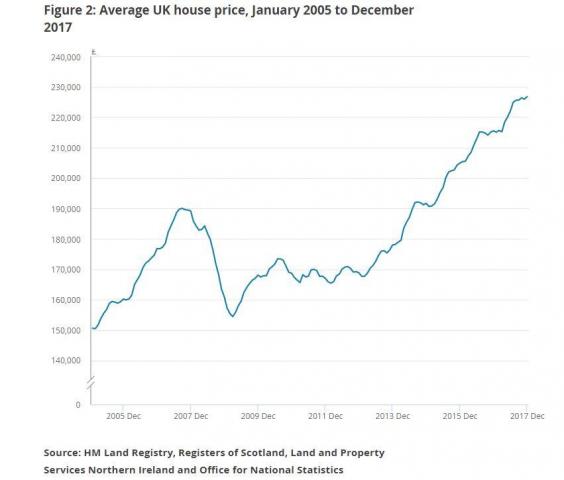 The house price index compiled by the Office for National Statistics and the Land Registry shows Scotland and the South-west experienced the highest annual house price growth, registering 7.7 per cent and 7.5 per cent respectively.

Richard Snook, a senior economist at PwC, said the overall UK rise was above his projection made at the start of 2017.

Prices have risen faster than average earnings for the fifth consecutive year, further ratcheting up the affordability challenge, he said.

Cumulatively, house prices have increased by 22 per cent more than earnings between 2012 and 2017.

In terms of regional trends, London prices showed a slight recovery from the sharp fall in November so the picture is one of a market that has plateaued since the summer. London prices are just 2.5 per cent above their level a year ago.

This effect appears to be spreading to the next most expensive regions, the South-east and the East, where prices have been flat since July.