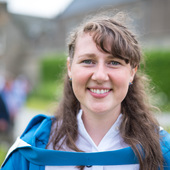 Katherine Ellsworth-Krebs does not work for, consult, own shares in or receive funding from any company or organisation that would benefit from this article, and has disclosed no relevant affiliations beyond their academic appointment.

University of St Andrews provides funding as a member of The Conversation UK.

Republish our articles for free, online or in print, under Creative Commons licence.