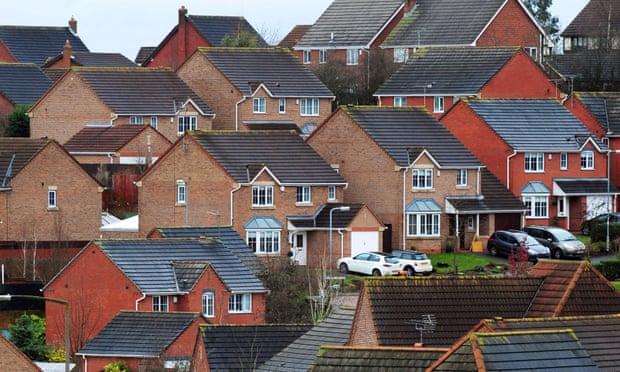 
House prices in the East Midlands rose by 6.3% in the year to May. Photograph: Rui Vieira/PA

UK house prices are rising at the slowest annual rate for almost five years, according to official figures showing falling London property values dragging down the rate of growth across the country.

Revealing the latest snapshot for homeowners, the Office for National Statistics said annual house price growth fell to 3% in May from 3.5% a month earlier. The decline was driven by the fourth month in a row of falling house prices in the capital.

The east Midlands showed the highest annual growth rate, with the price of a home increasing by 6.3% in the year to May, followed by 5% growth in the West Midlands, as every region outside London recorded rising property values. Outside the capital, the slowest increase in house prices was for the north-east of England with prices rising by just 1.3%.

On a regional basis, London continued to have the highest average house prices  at £479,000  followed by the south-east and east of England. The north-east of England recorded the lowest average price, of £129,000.

Sign up to the daily Business Today email or follow Guardian Business on Twitter at @BusinessDesk
Stretched affordability in the capital after years of rapid growth, as well as sluggish wage rises and uncertainty triggered by Brexit, have discouraged homeowners from moving house in recent months, acting as a drag on prices. Higher borrowing costs set by the Bank of England could also reduce demand.

Economists at PwC said they expected London house prices to continue falling this year and next, while forecasting overall UK growth of about 3% per year over the next decade.