HOUSE PRICES in Yorkshire are up by 5 percent, but for those who own property in London its not looking as positive with house prices falling for the fifth consecutive quarter.

House price growth remained stable across the country in September, with Yorkshire and Humberside identified as the top-performing region for the first time in more than a decade, according to an index.

Across the UK, house prices edged up by 0.3 percent month on month in September to reach £214,922 on average, Nationwide Building Society reported.

Property values were up by 2 percent annually in September, following a 2 percent year-on-year rise also seen in August.

Looking across the UK, Yorkshire and Humberside saw 5.8 percent annual house price growth in the third quarter of 2018, making it the strongest-performing area. 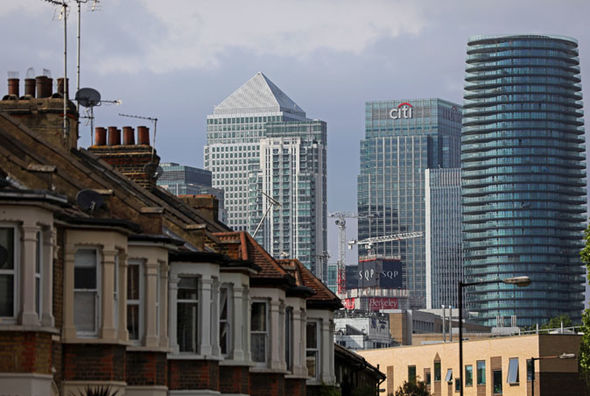 It was the first time since 2005 that Yorkshire and Humberside had been the top-performing region. At the other end of the spectrum, the North East of England saw a 1.7 percent decrease in house prices.

House prices in the capital have fallen annually for five quarters in a row - although the latest decline is "modest" at 0.7 percent, Nationwide said.

Property values in London are only 3 percent below a record high seen in 2017 and still sit more than 50 percent above their 2007 levels. 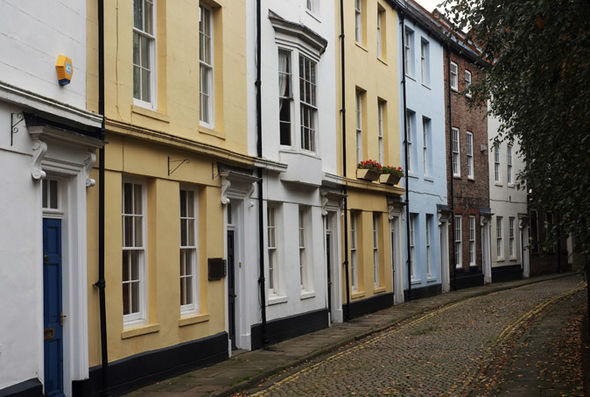 Across the UK, house prices edged up by 0.3 percent month on month in September (Image: Getty)

He continued: "Looking further ahead, much will depend on how broader economic conditions evolve, especially in the labour market, but also with respect to interest rates.

"Subdued economic activity and ongoing pressure on household budgets is likely to continue to exert a modest drag on housing market activity and house price growth this year, though borrowing costs are likely to remain low.

"Overall, we continue to expect house prices to rise by around 1 percent over the course of 2018."

Howard Archer, chief economic adviser at EY Item Club, said: "We suspect that the housing market will be relatively lacklustre over the coming months - although there are varying performances across regions with the overall national picture dragged down by the poor performance in London and parts of the South East."

Samuel Tombs, chief UK economist at Pantheon Macroeconomics, said: "As in 2016, prospective buyers increasingly will hold back from making purchases until the threat of a no-deal Brexit in March 2019 has been expunged.

"Accordingly, the housing market likely will remain subdued for at least the next six months."

Jeremy Leaf, a north London estate agent and a former residential chairman of the Royal Institution of Chartered Surveyors (Rics), said: "Once again, we are finding that the market continues to be supported by a shortage of stock and low mortgage rates, as well as new buyers returning from holiday keen to take advantage of some more realistic pricing.

"It is a mixed bag, however, because activity and prices in London remain challenging whereas in many places outside it is quite a different picture.

"This is mainly due to historic affordability reasons, particularly when this well-respected index confirms London prices are still more than 50 percent above their 2007 peak."

Here are average house prices in the third quarter of 2018 and the annual change, according to Nationwide Building Society: