AS NEWS this morning that the average asking price of property rose by just one per cent over the last month, the lowest monthly rate of increase at this time of year since 2010, indications are that a storm is brewing in the UK property market - but not just as a result of possible no-deal Brexit. 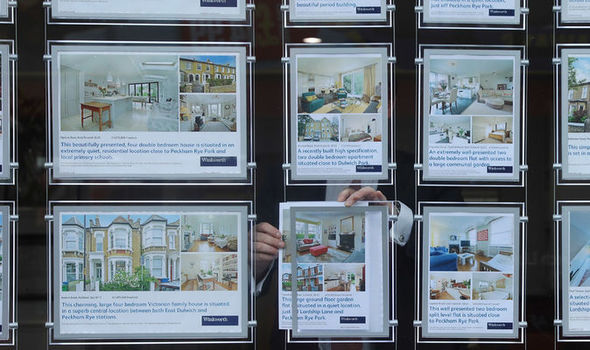 Thats because due to changes in the way that buy to let investors will be taxed from next year, many are holding off purchasing further properties or indeed are beginning to exit the sector altogether.

Property for sale: Five bed house on the market for just £35,000

Brexit uncertainty has mixed affect on housing market across the UK

The changes to the way that landlords are taxed, otherwise known as Section 24, was actually announced in the 2015 Budget by the then Chancellor, George Osborne.

Whilst its been public knowledge for some time - buy to let investors have been paying additional stamp duty on their purchases since 2016 - its estimated that as many as half of all landlords in the UK with buy to let mortgages are unaware that they will soon have to pay more tax on their rental income, with the effects ostensibly starting in January 2019 and increasing over the next few years as the amount payable to the treasury increases.

The changes in taxation were announced by former Chancellor George Osborne back in 2015
Many industry commentators have suggested that spring 2019 will see a significant amount of properties owned by landlords hitting the market as they realise that buy to let is no longer a viable investment for them, spurred on by their self-assessment statement in January which, for many, may be the first inkling of whats in store.

Brian Murphy, Head of Lending for Mortgage Advice Bureau suggested that creating reduced demand from investors was perhaps in the governments plan all along, explaining that: Many in the industry have long held the view that the introduction of increased taxation on landlords was partly designed to create this very situation, and help to enable more First Time Buyers to purchase their own property due to lack of competition with landlords for the same properties.

So, to that end, more stock at entry level with prices softening may assist that strategy.

Brian went on to say: Obviously, the introduction of the reduction in mortgage interest rate relief, which is a phased process, doesnt affect those landlords who arent leveraged.

However, for those who do have borrowings against investment properties and who havent as yet taken measures to mitigate their tax position, the additional tax that they will be paying from the next year may make it less viable for them to stay in the sector.

Of course, the upside in all of this is that those at the very start of their home ownership journey might now have a better chance of getting their foot on the ladder, due to a combination of more suitable properties on the market, lower pricing and as of last year, an exemption on stamp duty.

Miles Shipside, Director of Rightmove, commented on the reports findings: With the government using the tax system to try and help first time buyers while deterring out-of-favour landlords, prices in this sector have been subdued as intended.

That gives aspiring first time buyers an autumn opportunity to negotiate a favourable deal. The story at this time of year for the last five years has been an average autumn bounce of 1.6 per cent in the price of property coming to market.

Whilst all regions have seen a monthly rise, this year has a more subdued narrative with only a one per cent uplift.

While the backdrop of political uncertainty and stretched buyer affordability remains the same, this month has price drops at the bottom of the market dragging down the national average.

Miles added: While landlords were hit with a three per cent stamp duty surcharge on property purchases back in April 2016, in contrast most first time buyers were effectively awarded stamp duty-free status in November 2017.

The fall in prices at the bottom of the market during what is, traditionally, a busier time means that those keen to sell need to price accordingly, which gives an opportunity for those stamp duty-free first time buyers to negotiate harder.

At the coal face, Robert Lazarus, MD of Paramount Properties in North West London, observed: Theres a better opportunity for first time buyers coming in to the market at the minute compared to a couple of years ago, especially if theyre looking for a one bed flat.

Before the additional stamp duty on second homes came in we were selling 20 per cent of these flats to landlords which was driving prices up, and now were selling less than five per cent of them to landlords, giving first time buyers the first pick of new stock that comes on.

Another layer to this complex picture would be the rumoured introduction in the Autumn Budget of capital gains tax relief for landlords who sell to long-term tenants.

However, with latest research from the National Landlords Association suggesting that as many as a fifth of all landlords may leave the sector over the next two years, potentially removing up to 980,000 privately rented properties from the UKs housing stock, the upwards pressure on rents that this shift in the market might create is not to be under-estimated.

Good news for landlords with a long-term investment view, but not so positive for those who, out of necessity, have to rent their home rather than buy.