RESILIENT or flat? Its a glass half full, half empty scenario, particularly when it comes to house prices.
By Louisa Fletcher, Property Expert

House prices UK: Nationwide data shows the UK property market is stable (Image: Getty Images)
Case in point, the latest house price index from lender Nationwide that points to annual house price growth of 0.4 per cent in February, and a month on month fall of 0.1 per cent. The pessimistic may say that, when you contrast this against the same period last year when annual growth stood at 4.5 per cent, its a sure sign that the market is softening in the face of continued Brexit turbulence. Those of a more optimistic persuasion, however, might suggest that whilst indeed these figures point to annualised growth remaining modest - to say the least  it could also be a lot worse. And indeed, that its probably London and the South East, where the UK markets are weakest, which are skewing what would otherwise be quite a positive reading, due to the continued demand in areas such as the Midlands, North, Wales and Scotland.

First time HOUSE buyers MUST have FINANCIAL help from parents

While the number of properties coming onto the market also slowed, this doesnt appear to have been enough to prevent a modest shift in the balance of demand and supply in favour of buyers in recent months

Commenting on the figures, Robert Gardner, Nationwide's Chief Economist stressed: Indicators of housing market activity, such as the number of property transactions and the number of mortgages approved for house purchase, have remained broadly stable in recent months, but survey data suggests that sentiment has softened. Measures of consumer confidence weakened around the turn of the year and surveyors reported a further fall in new buyer enquiries over the same period.

Robert continued: While the number of properties coming onto the market also slowed, this doesnt appear to have been enough to prevent a modest shift in the balance of demand and supply in favour of buyers in recent months.

So, whats the good news then?

Arguably, that the current property market and wider economic climate are helping to create more homeowners, as the latest English Housing Survey, released from the Ministry of Housing, Communities and Local Government (MHCLG) showed a slight rise in the rate of home ownership in 2018 to 63.5 per cent from 62 per cent in 2017.

Robert explained: The rise in home ownership was driven by an increase in the number of people owning their home with a mortgage, which began to increase again after declining continuously since 2005. 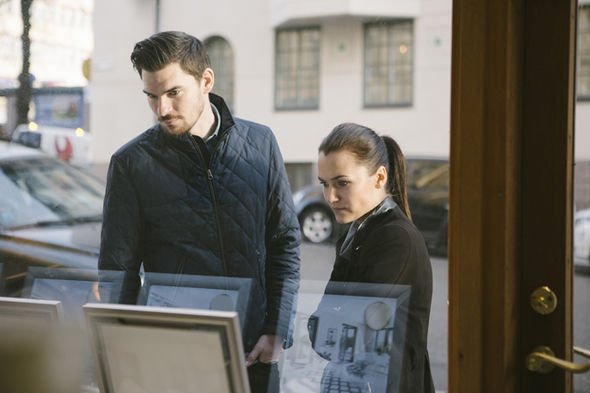 House prices UK: First time buyers are being enticed back the market thanks to less competition (Image: Getty Images)

The number of people owning their own home with a mortgage rose by five per cent over the year to 6.9 million, though this is still 20 per cent below the peak recorded in 2000.
Supportive labour market conditions and a number of policy changes, especially in the regulatory and tax system, have improved the bargaining position of home buyers relative to investors. Government schemes, such as Help To Buy equity loan, have also helped support first time buyer numbers.
But the ongoing dissent around the UKs departure from the EU is clearly still playing heavily on the minds of some potential buyers, as Jeremy Leaf, former RICS residential chairman pointed out: The 2019 housing market clearly hasnt quite taken off in the way many hoped or expected.
Although activity is better for some price brackets and property types, buyers and sellers are caught in a dilemma. Are concerns over Brexit outweighing positive improvements in affordability and employment, combined with continuing low borrowing costs?
The result is inaction for many, other than first-time buyer numbers which remain one good news story as they profit from reduced landlord competition for smaller, lower-priced properties, which will certainly benefit the whole market.
Related articles

Property for sale: Homes selling here faster than anywhere else 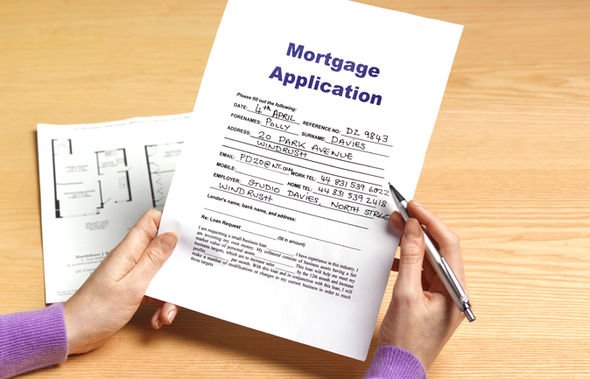 House prices UK: The number of people owning their home with a mortgage has risen (Image: Getty Images)

Jeremy predicted: Looking forward, we are not expecting much change until at least the odds on a Brexit deal shorten and perhaps more encouragement for housing in the forthcoming Spring Statement.
However, Andy Soloman, CEO of business growth expert Yomdel contended that, regardless of Brexit, the appetite to buy property is still very much in evidence.

He said: Despite this lethargic market movement, the dream of owning our own homes continues to underpin the UK housing market as our resilience as a nation defies wider political influences to see homeownership rates continue to climb.

Andy concluded: With unemployment falling and wage growth on the up, we have all the ingredients required for a buoyant housing market, its just a case of sitting tight and waiting for the clouds of uncertainty to lift.