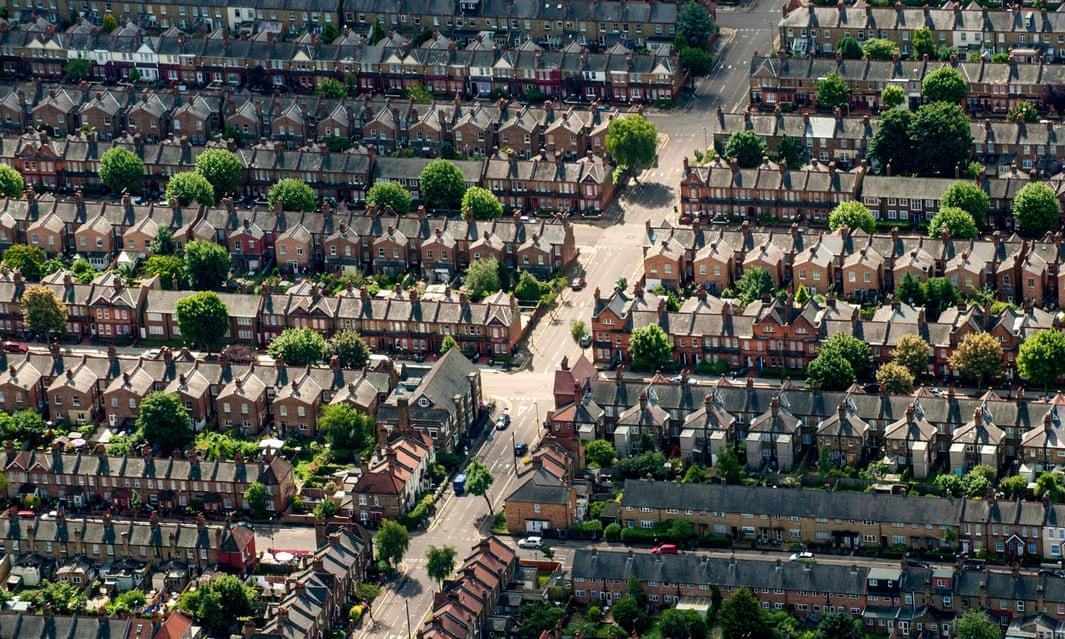 January property values are 1.9% higher than a year ago and average price stands at £215,897

Annual house price growth across the UK jumped to a 14-month high in January as confidence returned to the housing market following the general election.

Nationwide Building Society, one of the UKs largest mortgage lenders, said property values were 1.9% higher than a year earlier  up from 1.4% in December and the fastest annual growth since November 2018. The average house price now stands at £215,897  up £615, or 0.5% higher than in December.

The report adds to other signs of revival in the housing market. The number of mortgages approved by Britains high street banks jumped to the highest level for almost five years in December.

Other house price surveys also suggest a Boris bounce since the election in mid-December, although it could prove to be short-lived, as the Brexit process continues to hang over the housing market. Nationwide is forecasting flat house price growth over 2020 as a whole.

For now, the housing market is perking up. According to the property website Rightmove, the average price of properties coming on to the market jumped by 2.3% between December and January, the fastest rate on record for the time of year.

Separate data released today by the property website Zoopla shows annual house price growth in the UKs 20 biggest cities hit a two-year high of 3.9% this month. The fastest growth has been in Edinburgh with a 6.1% gain while London saw 1.9% growth, the fastest since 2017. Demand for properties across the 20 cities surged by 26%, which far exceeds the traditional new year boost.

Sign up to the daily Business Today email or follow Guardian Business on Twitter at @BusinessDesk
Samuel Tombs, the chief UK economist at Pantheon Macroeconomics, said: Indicators of demand at the very start of the homebuying process are red-hot.

We think the pickup in demand can be sustained this year by the continuation of low mortgage rates and solid wage growth, driving prices up by about 4%.

Howard Archer, chief economic adviser at EY Item Club, said the forecasting group had raised its estimate for house price gains over 2020 to 2.8% from 2%, adding: There is clearly a possibility that they could rise more than this.

Jeremy Leaf, a north London estate agent and a former residential chairman of the Royal Institution of Chartered Surveyors, said: The real test for the market will come in February and March when we will see if that interest translates into higher transaction levels.

Prices are likely to continue to be underpinned by a shortage of supply and relatively low levels of housebuilding, while ongoing difficulties trying to raise deposits  evidenced by the struggles still facing first-time buyers  will keep demand in check.

Housebuilding rates continue to fail to meet government targets of more than 200,000 new homes a year. There was a 7% drop in the number of new-builds started, to 157,550, in the 12 months to September 2019, according to the Ministry of Housing, Communities and Local Government. During the same period, 177,980 new houses were completed, up 9% year-on-year.

The gulf in house prices between London and the rest of the country has narrowed by almost a fifth since the Brexit vote, according to research published by the Resolution Foundation.

Reducing the difference in property values across the country, growth in the capital has fallen to 0.6% since the referendum, while it has risen to 3.5% for the rest of the UK.

House prices have grown by more than 10 times the level in London in some areas since June 2016, rising by at least a fifth in the East Midlands  led by places such as Corby and Leicester  as well as in Wales, and the West Midlands.

It ends a period of rapid house price growth in the capital of around 6.3% per year between 2006 to 2016, when the value of a home rose by more than three times as much as elsewhere in Britain.

The fact that prices are no longer racing away in the capital will be welcome news for some young people, but home ownership still remains far from affordable for many and very large regional differences in house prices are set to be a feature of the UK economy for a long time to come, he added.