The high streets paved with gold: Flat prices are skyrocketing on these London roads

The Great British High Street has a lost a bit of its lustre in recent years. Handfuls of household-name retailers have hit the rocks, thanks to customers gravitating away from big chains in favour of local independents, as well as being seduced by the ease of online shopping. 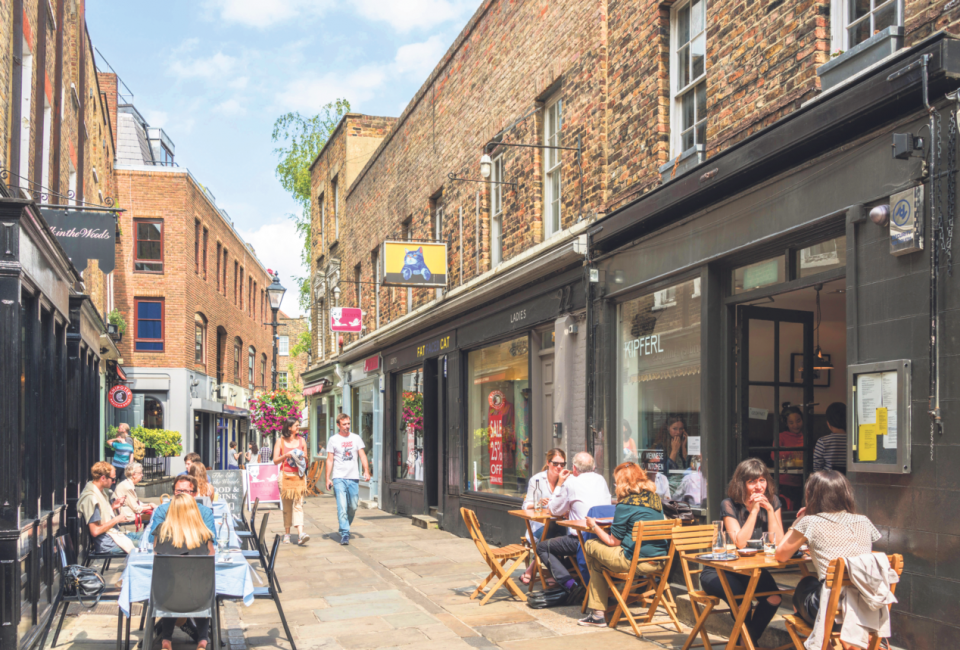 But while shops are floundering, the market for homes is going strong. High street flats are becoming more desirable than ever, as people prioritise proximity to the local coffee shop and tube station over living on a secluded street with a double garage.

Fintech company Proportunity, which provides Help to Buy-style equity loans to home buyers, has identified the London high streets where average flat prices have risen most since 2009.

Living on the high street comes with many benefits, from increased mobility to the range of amenities and services on your doorstep, says Vadim Toader, its founder and CEO. The lack of available land in urban areas pushes house prices up too, especially in more central areas.

So which neighbourhoods high street homeowners should be feeling the most smug?
Values lift in Leytonstone
Leytonstone High Road in east London topped the table, as flat prices there have experienced an astronomical rise of 80.2 per cent per sq m between 2009 and 2019.
The area is popular because of its good transport connections, and buyers are taking advantage of the fact that house prices remain lower than its inner London neighbours such as Hackney and London Fields, as well as family favourites like Wanstead and Woodford further out.

Dulwich is lording it

Lordship Lane in Dulwich came second, with growth of 78.3 per cent per sq m  and the two table toppers couldnt be more different. Leytonstones high street is dominated by value chains such as Primark and Iceland, while middle-class haven Lordship Lane is brimming with cafes, gastropubs and hispter hotspots like Franco Manca.

While picture-perfect roads like Lordship Lane naturally attract younger and wealthier crowds, helping house prices along the way, discount retailers like Primark have also proven no barrier to growth in less well-off areas such as Leytonstone, says Toader. 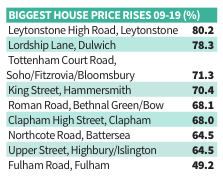 Another top scorer was Tottenham Court Road, which is going up in the world thanks to the new (albeit still non-operational) Crossrail station. Flat prices there have grown by 71 per cent since 2009.

Hammersmiths King Street saw a 70.4 per cent spike in flat prices, while Roman Road in ascendant Bethnal Green witnessed growth of 68.1 per cent. Clapham High Street was close behind with flats increasing in value by 68 per cent, followed by Northcote Road in nearby Battersea and Upper Street in Islington, which both saw growth of 64.5 per cent.

Trailing behind slightly with the ninth-highest price growth was Fulham Road, where flats saw a still-respectable 49.2 per cent hike in value.

We might not all be heading there for our weekly shop any more  but if its a home youre in the market for, a trip to your local high street might be worth considering.