GROWTH: Average house prices in Northern Ireland rose by 2.5 per cent last year, with terraces lifting by 1.8 per cent 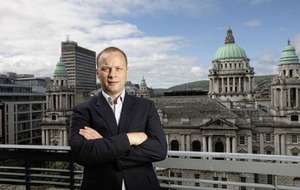 HOUSE prices increased across all of the north's 11 local council areas in 2019 as the region generally outperformed the rest of the UK, new data shows.

The overall Northern Ireland average lifted by 2.5 per cent over the year to £140,190, with the biggest growth in property styles coming in detached homes (up 3.7 per cent), semi-detached (up 3.1 per cent) and terraced (up 1.8 per cent), though apartments fell by 2.1 per cent.

Average house prices range from £124,208 in Armagh City, Banbridge and Craigavon to £165,011 in Lisburn and Castlereagh, according to the latest House Price Index report from the Land and Property Service.

But the scars of the property downturn of 2008 are still apparent, and one leading economist says the statistics reveal that the recovery has succumbed to a slowdown.

Ulster Bank's Richard Ramsey said: "For the past seven years the chat has been of continued house price growth, but it's been at a slower pace, and Belfast had its weakest rate of growth in more than six years.

"Median prices in Northern Ireland are still 1 per cent below where they were a decade ago and a whopping 38 per cent below 2007's third quarter freak peak."

He added: "From an economist's perspective, activity is a more meaningful indicator of economic health than prices, and residential property transactions have risen for the last eight years to 2018.

"But this continuous growth appears to have come to an end in 2019. While the provisional figures for last year will be revised up in due course, they are expected to be broadly flat relative to 2018. And a dip in transactions looks likely in 2020 given the fall in the rate of house building."

Mr Ramsey said the most concerning aspect of statistics in the last quarter concerns housebuilding, with the number of completed dwellings last year, at 7,437, falling for the first time in four years.

"The annual decline was relatively modest at three per cent, but the pace accelerated to 10 per cent in the final quarter, and 2020 is expected to see a further fall given that housing starts posted a 16 per cent drop (1,300 houses) last year, which was the steepest decline since 2012 and the lowest number of starts since 2015," he said.