The housing market is in deep freeze  what happens when it thaws out? 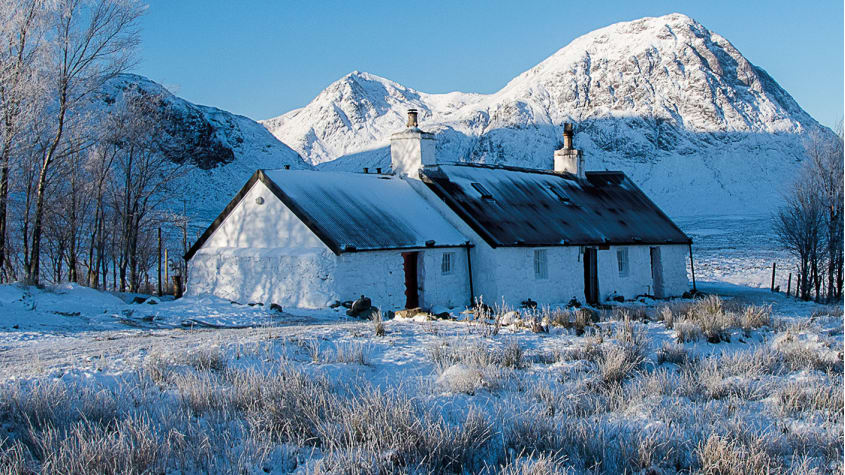 Most of the non-essential parts of the British economy have been put on hold by the coronavirus lockdown and the housing market  core as it may seem to many of our lives  is no exception. With moving during the lockdown period being heavily discouraged by the government (see below) and many lenders now refusing to lend to those with anything less than a 40% deposit, property website Zoopla reckons that the number of houses sold in the UK will fall by at least 60% in the next three months.

There are several factors behind the move  the shutdown has reduced banks capacity to process loans, surveyors are unable to value properties as easily and estate agents cant show people around homes. On top of that, its hard to value a house when transactions have dried up and there are no comparable deals going through, and its hard to write loans when job security across almost all industries and seniority levels is suddenly in question.

So for now, the property market is effectively frozen. Price data will be virtually meaningless in the coming months, as pretty much the only deals being done right now will be between those who are forced to sell and those who are cash buyers. Agents and sellers who were hoping for a Boris bounce  which we did indeed seem to be getting for a short while at the start of the year  have now had their hopes dashed.

So what happens when the lockdown is over? A lot depends on the state of the economy  and also the level of restrictions on movement that remain. On that front, estate agents argue that there will be plenty of pent-up demand from both buyers and sellers, given that mortgage approvals in February hit their highest level since 2014. Samuel Tombs at Pantheon Macroeconomics also notes that cheap funding available to banks from the Bank of England should mean the mortgage market remains open and rates stay low once the worst of the crisis is past, even if the riskiest loans are no longer on offer.

But this might be wishful thinking. House prices are indeed largely dictated by the price and availability of credit (in other words, interest rates and banks willingness to lend). But unemployment is another huge factor and while the government has made great efforts to protect incomes and jobs and mortgage holidays are widely available (see page 32), some forced selling is almost certain. Meanwhile, a key source of demand in some areas  mini-Airbnb empires in tourist hotspots  will also suffer as holiday landlords who were burned during the lockdown sell out.

In the longer run, interest rates are unlikely to rise because the Bank of England will be forced to hold them down, given soaring government borrowing. In time that could result in inflation, which would make property appealing as a real asset. But that may take time  Capital Economics expects house prices to fall by just 3% this year, but notes there are many risks that could undermine this forecast, a larger-than-hoped rise in unemployment being the key one.

That said, if you are keen to move, then look to the shires. In relative terms at least, if there is any wider shift to working from home more regularly, youd expect country properties to outperform city ones, while towns and villages once deemed to be on the fringes of commuting range of London and other big cities might also see a benefit.

What if Im buying or selling a house right now?

The first point to make is that you should not move right now unless you absolutely have to. If youre a seller, theres no need to take your house off the market  people have lots of time on their hands to browse  but just dont expect any viewings.

If you hope to buy but you havent yet exchanged, the easiest thing to do is simply to put the process on hold. You might be inclined to try to negotiate a lower price and carry on regardless (making sure the completion date is for later in the year), but bear in mind that unless the seller absolutely has to move, they will probably simply pull out. Holding off and picking up later (when the market impact will also be more visible to all involved) makes sense.

As for those whose transactions are already in motion, moves to a vacant property can go ahead (but stick to social-distancing guidelines during the removal process). However, for those moving to occupied houses, the government has advised buyers and renters that while there is no need to pull out of deals, everyone should do all they can to amicably agree alternative dates to move, for a time when it is likely that stay-at-home measures against coronavirus are behind us. This is the case even where contracts have been exchanged (and thus the transaction is legally binding).

So what does that mean? Post-exchange, failure to complete can leave both buyers or sellers (depending on who fails to move) liable to penalties, so you are basically dependent on everyone being reasonable. Mortgage lenders have said that they will extend the life of mortgage offers for up to three months, so as long as all parties can agree alternative dates, your lender shouldnt be an issue.

If it proves impossible to delay a move, it can go ahead, but everyone must observe social-distancing measures. Note too that the lockdown will create lots of extra logistical problems. Approving paperwork and moving money may take longer due to lower levels of staffing. Physical documents are still required at various stages of property deals, so that may hold things up. And finding removal firms who are still taking on jobs right now is another challenge.

The key  as with any property transaction  is to maintain clear lines of communication, particularly if you are part of a chain, and to have a back-up plan should the deal fall through. Good luck.