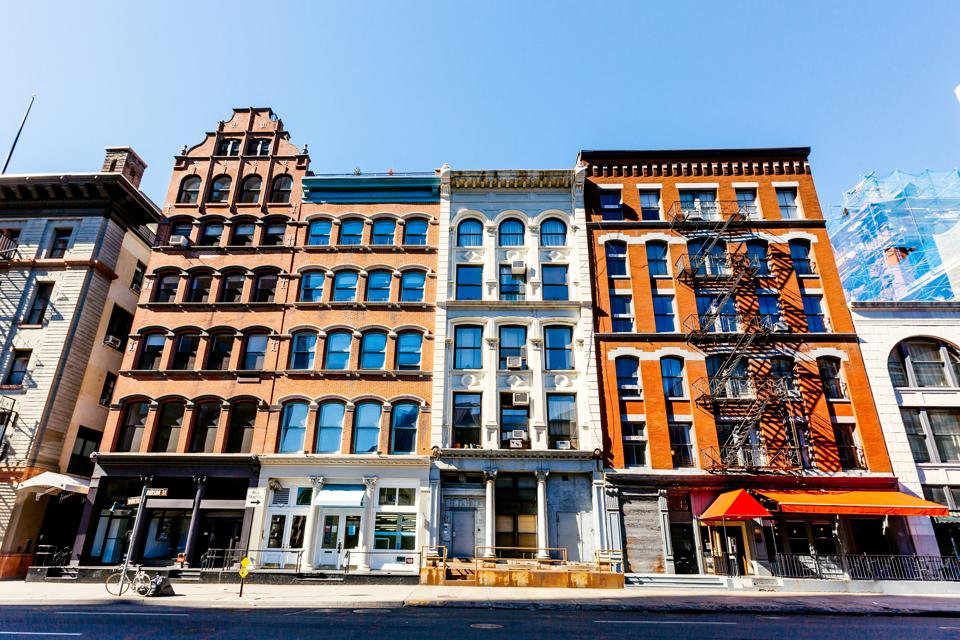 As the economic consequences of the coronavirus pandemic extend into the future, Americans and policymakers are trying to figure out what type of assistance is needed for both homeowners and renters.

Since mid-March, more than 26 million Americans have filed for unemployment. The CARES Act, a $2 trillion relief package passed by the federal government, implemented financial safeguards for Americans, including expanded unemployment benefits and one-time stimulus payments. The Act also introduced up to 12 months of mortgage forbearance for federally backed mortgage loans on single-family homes.

What Lawmakers Are Proposing
Today In: Personal Finance
States and cities have stepped up and implemented their own eviction moratoriums by pausing evictions until after the national COVID-19 crisis ends. Although these moratoriums are a step in the right direction, housing experts have said since the beginning of the pandemic that these simply arent enough. Eventually the moratoriums will lift, courts will open back up and a flood of eviction proceedings will likely occur.

But eviction moratoria on their own, as many governments are proposing or enacting, would only address a small part of the crisis, reads a blog post from the Urban Institutes housing research department, dated March 20, just one week after the national emergency was declared. Without additional rent relief or flexible cash assistance, moratoria could reduce COVID-19 transmission risks today but create an eviction tsunami later.

Representative Ilhan Omar (D-MN) has introduced a sweeping proposal aiming to implement nationwide housing relief. The representative from Minnesota is calling for rent and mortgage payments to be canceled (as opposed to being suspended or postponed) for up to a year for all rent and mortgage holders with an existing rental or loan agreement on their primary residence. There are no income or payment level restrictions for who would be eligible. The bill also would provide a federally funded relief fund for landlords and mortgage lienholders to cover losses from the canceled payments.

In 2008, we bailed out Wall Street, Rep. Omar said in a statement. This time, its time to bail out the American people who are suffering.

Considering that renters are a financially vulnerable demographic, there is no doubt that massive waves of evictions could be coming. Research shows that renters have lower incomes and less financial stability than homeowners. A report by the Joint Center for Housing Studies of Harvard University (JCHS) found that 25% of all renters in 2018 spent more than half of their income on housing.

This is far above the financial rule of thumb that recommends spending no more than 30% of income on housing. According to the JCHS report, in 2018, nearly half of renters spent more than that percentage, leaving them especially vulnerable to any potential decrease in household income.

Newly compiled data is already showing a decrease in how many Americans are paying their rent. According to a survey from the National Multifamily Housing Council, 89% of apartment households had made a full or partial April rent payment by April 19, compared to 93% of renters for the same time frame last year. And while the decrease is small for now, analysts say its just the beginning of whats to come.

Now its a question of when we will see these effects accumulate, says Matthew Murphy, executive director of the NYU Furman Center for Real Estate and Urban Policy. If the economy isnt recovering and people arent back to employment, we will see more nonpayment and something will have to be done. The federal government is likely going to have to provide some sort of housing package.

What National Rent Relief Could Look Like, According to Experts
The question of how the federal government can protect rent payers isnt one that can be answered simply. Both experts say canceling rent would have significant ripple effects on communities, and doesnt answer the question of who will eventually pay the associated costs.

Its not as simple as just canceling rentwe are all connected, says Mary Cunningham, vice president for Metropolitan Housing and Communities Policy at the Urban Institute. Landlords pay state and local government taxes, which fund schools, libraries and parks. To prevent ripple effects, we should just help renters pay their rent.

Rep. Omars proposal includes a Rental Property Relief Fund to be established by the Department of Housing and Urban Development. The proposal would allow landlords to apply to have the full cost of any canceled rent payments covered by the federal government. Funding this could be difficult, considering the state of housing in America is one that is historically underfunded, and some experts say its often an afterthought for policymakers.

Before the pandemic, we were poorly housed when it comes to affordability and there was no political will to do anything about it, says Cunningham. We definitely have strong research on how to keep people housedits not that we dont know how to do it, its that we wont pay for it.

Instead, Cunningham says, expanding existing programs, like the federal Housing Choice Voucher Program, could be a better option. These vouchers allow the government to subsidize portions of rent payments and were utilized during other times of economic distress, including during the aftermath of Hurricanes Rita and Katrina. Vouchers also have the advantage of reflecting local rent values, which fluctuate across the country and increase in higher cost of living areas like California and New York.

The Housing Choice Voucher Program has traditionally focused on lower-income individuals and families, but COVID-19 is sparking a broader renters crisis that requires rethinking existing assistance and options.

Murphy suggests that policymakers introduce new housing relief initiatives that will complement programs already passed in the CARES Act, such as sending more cash directly to Americans specifically to help pay their rent. As of now, most Americans say theyll be spending their stimulus payments on bills. Additional stimulus payments in the future could continue that trend and help keep a roof over Americans heads.

Any successful responses to the financial implications of the coronavirus pandemic must address both renters and landlords. Murphy notes that providing assistance to landlords to cover costs like property taxes and water bills could prevent buildings from tipping into financial distress. Addressing cash flow issues, Murphy says, could better keep buildings and communities afloat.

Rent Relief Available Now
Theres no way of knowing when federal renter relief will be passed into law or what it might look like. Until then, renters should familiarize themselves with any eviction moratoriums in effect in their state or city. Arizona, for example, has halted evictions of renters facing economic hardship due to the pandemic until July 24.

But even with moratoriums in place, renters could still be at risk for eviction. There are reports of people being threatened with eviction in California during the COVID-19 crisis because landlords dont understand or respect the current laws that are in place.

Addressing potential evictions is only the first step in assisting renters. Equallyor even moreimportant is what happens after these moratoriums are lifted. Some states are already implementing safeguards for what might happen in the future: Washington state isnt allowing landlords to treat pandemic-related unpaid rent like regular debt that can result in an eviction. While all rent payments that are delayed between mid-March and June 4 will still be owed, landlords are required to work with tenants to offer them a reasonable payment plan.

Information about current safeguards for your state or city can typically be found on your state government or city mayors websites. Because evictions are handled through the court system, state judicial departments also are involved in setting non-eviction rules and dates. In many states, the details are contained in governors executive orders. The fastest way to find up-to-date state-specific information online may be to search COVID rent relief and the name of your state.

Whatever rent payment programs are developed or legislatedand whether theyre implemented at the local, state or federal levelsits important that they dont cause new waves of crises after the primary COVID-19 crisis period has passed. It would only make a bad situation worse to provide relief to renters for several months that then creates new financial problems. However these programs ultimately are funded, the right solutions will require both short- and long-term thinking that takes into account the needs of both landlords and renters.