Shock surge in house prices for lockdown April as average home rises 3.7% - the UK's fastest pace of growth since February 2017


Shock surge in house prices for lockdown April as average home rises 3.7% - the UK's fastest pace of growth since February 2017

But Nationwide's chief economist warned the outlook for the market remains 'highly uncertain', and the figures need to be treated with caution, as they are based on mortgage approval data that's largely for applications made before lockdown. 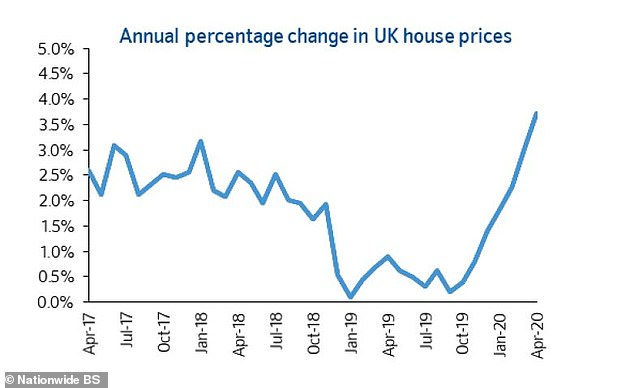 House prices recorded a surprise bounce in April, with annual property inflation hitting 3.7%, said Nationwide. But it cautioned the figures reflect mortgages applied for before lockdown

Since lockdown, the property sector has stalled to an abrupt halt, with swathes of mortgage deals scrapped, moves cancelled or postponed, estate agents closed and in-person viewings ditched.

Once the strict lockdown does end, it remains a possibility that would-be buyers, and even sellers, will remain nervous about traipsing round people's homes and coming into contact with others without adequate social distancing measures in place.

With economic uncertainty mounting and a growing number of people falling into hard times or losing their jobs, the EY Item Club expects average house prices to fall by around 5 per cent in the next few months.

While the ins-and-outs of how the property market will pan out remain unclear, last month's annual 3.7 per cent average price hike marked the fastest pace of growth since February 2017, Nationwide said.

House prices were up by 0.7 per cent  month-on-month, marking the seventh consecutive monthly increase. 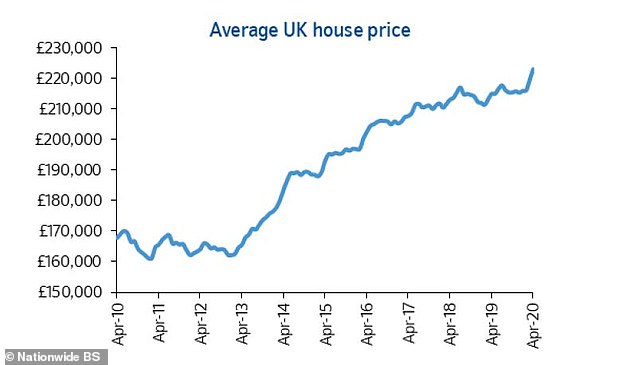 The average house price on the Nationwide index tipped over the £220,000 mark for the first time in April, figures showed

Robert Gardner, Nationwides chief economist, said: 'In the opening months of 2020, before the pandemic struck the UK, the housing market had been steadily gathering momentum.

'But housing market activity is now grinding to a halt as a result of the measures implemented to control the spread of the virus, and where the Government has recommended not entering into housing transactions during this period.

'Indeed, a lack of transactions will make gauging house price trends difficult in the coming months. Our ability to produce the index in the months ahead will depend on there being sufficient transactions which are representative of the wider housing market.'

But, Mr Gardner still thinks that the Government's economic interventions, like the Job Retention Scheme and loans for businesses, will help 'set the stage' for a rebound in the property market once the impact of Covid-19 lessens and lockdown restrictions are lifted.

He said: 'These same measures should also help ensure the impact on the housing market will ultimately be much less than would normally be associated with an economic shock of this magnitude.'

Insiders working within the sector, and particularly estate agents with a vested interest in getting the market moving again, are convinced there is pent-up demand mounting among would-be buyers and they are expecting something of a surge in demand once lockdown is over.

Jeremy Leaf, a north London estate agent and former chairman of the Royal Institute of Chartered Surveyors, said he thinks most property transactions have been 'put on hold rather than cancelled', suggesting that most will go ahead if restrictions are eased soon and the economic consequences of the lockdown are curbed. 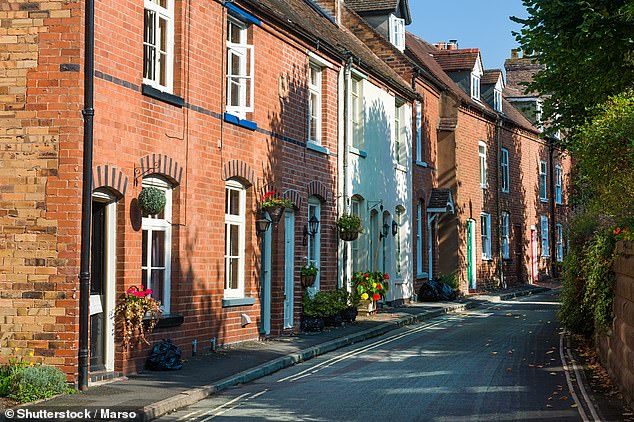 House prices are almost as expensive compared to wages as they have ever been, Nationwide's figures show

Meanwhile, Lucy Pendleton, a co-founder and director at James Pendleton estate agents, thinks the market is 'coiling itself up like a spring just like it did during the Brexit years.'

Ms Pendleton added: 'This latest growth figure, though it has to be taken with a big pinch of salt, was the result of all that pent up energy being released. This time well be expecting just as big a post-lockdown leap in activity to make up for all the lost time.' 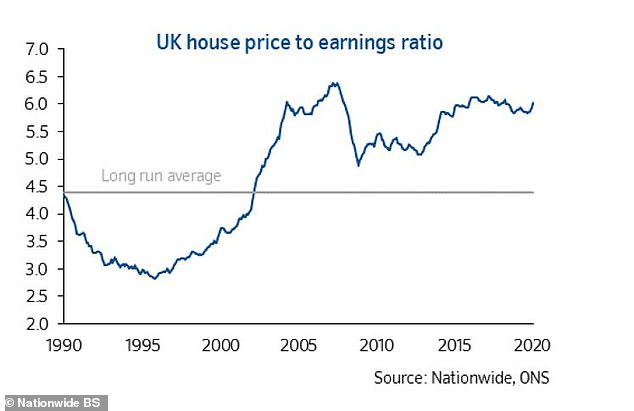 Outlook: The EY Iteam Club thinks property prices could fall by 5% in the next few months

But, taking a more measured approach, Howard Archer, chief economist at the EY Item Club, said: 'The EY Item Club believes house prices could fall back 5% over the next few months. 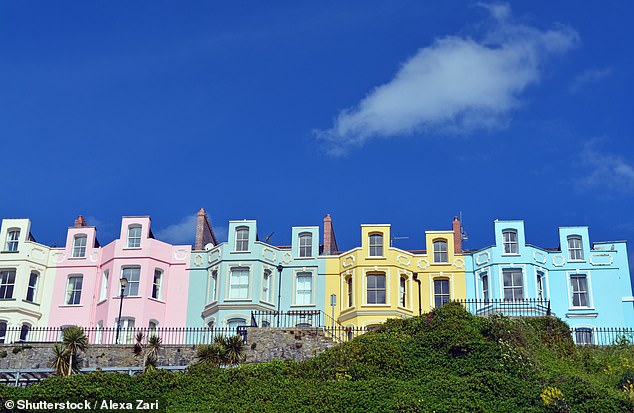 'The expectation is that house prices will come under downward pressure from a sharp rise in unemployment and peoples incomes being hit (despite the Governments supportive measures) as well as lower consumer confidence and increased caution.

'Once restrictions start to be lifted on peoples movements, housing market activity should progressively pick up.

'Even so, given the impact of the crisis on the economy, the likely substantial rise in unemployment and the impact on many peoples incomes, the housing market looks unlikely to return to the levels seen at the start of 2020 for some time. Very low borrowing costs with the Bank of England taking interest rates down.'