A decade of buy-to-let 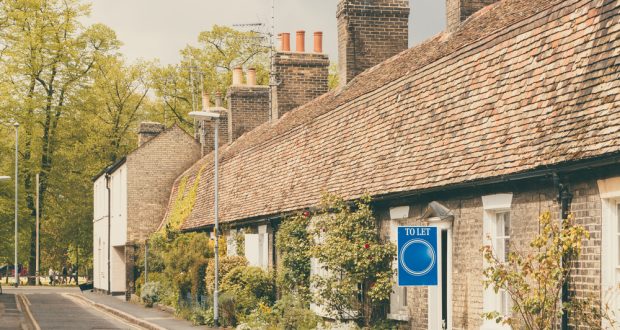 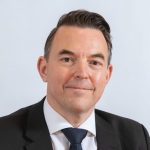 By admin in Buy to let

The buy-to-let market was a decade of two halves. Growth in the sector from 2010 was interrupted by three Government initiatives that aimed to create a more level playing field between landlords and homeowners. Richard Rowntree, managing director of mortgages at Paragon Bank, assesses the past decade

As we reflect on the issues of 2020 and the challenge of the coronavirus pandemic, the events of the last decade seem like a distant memory from another world.

However, it was often a testing and difficult period for the buy-to-let market, but one where the sector again demonstrated its resilience.

The last 10 years have been a watershed decade for the market, starting in the recovery from the global financial crisis and ending amidst one of the most politically unstable times in British history, with a raft of fiscal and regulatory changes thrown in for good measure.

In this article, we explore key events from 2010-2020 that have impacted the buy-to-let market. To begin, its important to outline the three Government initiatives that had the greatest impact on the sector during the decade  tax relief on finance costs, Stamp Duty Land Tax and Prudential Regulation Authority (PRA) underwriting standards for buy-to-let mortgages.

It is useful to clarify what these meant for the market and landlords.

Arguably the most significant of all the events to impact the buy-to-let market came midway through the decade, as then-chancellor George Osborne used his 2015 summer budget to announce major changes to tax relief on buy-to-let mortgage interest.

Previously, landlords could deduct mortgage interest and other allowable costs from their rental income, before calculating their tax liability.

According to Osborne, the changes to tax relief were an effort to create a more level playing field between landlords and homeowners, by restricting tax relief for finance costs to the basic rate of income tax. The changes were phased in over a four-year period beginning in April 2017 and recently ending in April 2020.

Changes to tax relief came hard on the heels of a 3% increase in stamp duty on additional properties, introduced as part of Osbornes 2014 autumn statement and imposed from April 2015.

Above the threshold, the higher stamp duty applies to all buy-to-let purchases, unless the buyer does not already own other residential property.

New PRA underwriting standards were introduced in January 2017 which meant landlords had to comply with stricter interest coverage ratio tests and stress tests for new loans.

Previously, many lenders when underwriting buy-to-let mortgages focussed mainly on the rental income and value of the property they are lending against.

After the regulations were imposed landlords with more than three mortgaged buy-to-let properties had to provide much more information about all their existing rented properties and other assets, liabilities, income and costs.

Phase two followed in September 2017, requiring all lenders to collect and validate details regarding all the properties that the landlord has an interest in when considering applications from landlords with more than three buy-to-let properties, including collecting information on property values, rental income, costs and mortgages.

So, what were the impact of these initiatives on the sector? Data shows us the Governments ambition to create a more even playing field between landlords and first-time buyers clearly worked, but it also shows how the sector proved resilient.

What these numbers dont indicate is the relationship between new purchases and remortgages. New purchase business started the decade weakly as the market pulled itself from the fallout of the credit crunch of the late 2000s. Between 2010 and 2015  the year of Osbornes new stamp duty surcharge  the number of loans written for new purchase grew from 48,400 to 117,500.

This, combined with the phasing out of mortgage tax relief, contributed to a subsequent fall in new purchase activity during the latter half of the decade, with new purchase numbers declining in each of the following four years, although the rate of decline fell significantly in 2019.

Whilst new purchase numbers faltered, remortgage business filled the gap. The number of remortgage loans rose each year during the decade, starting at 52,600 and finishing at 177,100. The value of this business rose from £6.4 billion to £29.3 billion, far exceeding the £10.2 billion for house purchase in this period.

One of the key indicators of a resilient buy-to-let market on the back of its most turbulent decade is the level of competition and mortgage availability.

That number has clearly been impacted by recent events, more or less halved at the time of writing, and its too early to predict whether it will reach this level again as many providers have either left the market, at least temporarily, or scaled down activities.

Whilst the overall market continued to grow, largely fuelled by remortgage activity, theres little doubt that the combination of tax changes impacted on landlord sentiment over the latter half of the decade.

Paragons PRS Trends report, the longest running study of landlord behaviour in the PRS, highlights a clear decline in landlord sentiment since 2015. Landlords rating the prospects for the PRS as good or very good has declined from approximately 55% during Q2 2015 to less than 20% in Q3 2019.

There has been a lot of market commentary about this fall in confidence feeding through to divestment of portfolios and landlords exiting the sector, but we have seen little evidence of this.

A key trend that emerged during the decade was the growth of the five-year fixed rate mortgage.

Paragons data shows that back in 2013, one in four of all mortgage customers (25%) were opting for an initial five-year fixed rate when selecting a mortgage. By the end of the decade, in Q1 2019, this had grown to almost half (49%), as longer-term fixed rate products overtook shorter-term two- and three-year fixed terms.

Throughout the course of the 2010s, the five-year fix found a sweet spot in the market due to low interest rates, economic uncertainty, a reduction in home-mover transactions and more remortgaging, making longer-term products a viable option for a much larger proportion of customers.

It is also clear, however, that the more generous affordability rules that apply to longer-term fixed rates have also influenced their take-up.

According to Moneyfacts, the total number of five-year fixed rate products available in the market in September 2019 reached 1,542, up from 796 five years earlier.

It predicts the beginning of even longer fixed-rate products becoming more widely available, with a modest increase in the availability and popularity of ten-year fixes tracked in recent years  something homebuyers might find attractive given existing and new challenges the market is already facing at the start of the 2020s.

Polarisation of the market

The sharper underwriting focus brought in following regulatory changes has had a distinct impact on competition, highlighting the much better fit between specialist lenders and professional landlords.

As a result of fiscal and regulatory changes throughout the 2010s, the market saw greater polarisation between large, high street lenders and specialists, with recent research from UK Finance showing specialist lenders recording a higher rate of growth compared to banks, mid-tier lenders and building societies.

Specialists generally have a broader product capability in the portfolio segment, are already equipped to cope with large and complex property portfolios and have a history of lending to landlords in limited company structures.

Landlords and their advisers have turned increasingly towards specialist lenders for buy-to-let expertise. The changes have paved the way for a re-alignment of competition in the market, with lenders typically falling into one of three categories: those who choose not to compete in the portfolio market, those who compete in the portfolio market but with some limitations and specialists who offer a full service.

Limited company or not

Tax changes have forced landlords to look for more efficient ways to structure their business, driving an increase in demand for mortgage products for incorporated and limited liability partnerships. Paragons PRS Trends research highlights that many remain unsure of the best tax structure for their portfolio business, with 52% of respondents unsure that this was the most effective route for them.

However, research from BVA BRDC in Q3 2019 shows that 63% of landlords planning to purchase new property intended to do so in a limited company, up from 38% at the beginning of 2018.This is in marked contrast to the level of incorporation by landlords prior to the changes announced in 2015, when typically less than 5% of landlords used special purpose vehicles to structure their property holdings.

Looking forward today is a lot more difficult than even 90 days ago and we are dealing with a period of unprecedented uncertainty and this of course includes when the housing market can get up and running again.

The sector has adapted as well as it can through initiatives such as remote valuations, but until house purchasers can visit a property physically then the market will not function as well as it can.

The coronavirus will no doubt impact on the availability of buy-to-let products for some time, but if the lessons of the last decade teach us anything, it is that the market is remarkably resilient. The operators within it may change but the fundamentals underpinning the market remain strong.

Property analysts and economists have precious little data to work on at the present, indeed the very low level of transactions mean that any data drawn from current activity is more likely to be misleading rather than a helpful predictor.

There is, nevertheless, early evidence that tenant demand is already bouncing back with Zoopla reporting a 30% improvement in enquiries from the post-lockdown low.

Furthermore, there does appear to be a consensus building that the sharp fall in transaction numbers this year will not be fully reflected in property prices with these buoyed up by the absence of large numbers of forced sales.

Also, many analysts expect tenant demand to surge over the medium term as many delay purchase decisions and as the owner-occupied sector is likely to take longer getting back into its stride.

The UK needs more capacity in the PRS to meet growing demand for rental property. Its a housing sector that plays a vital role and requires funding to support landlords achieve their ambitions.

Paragon remains committed to the buy-to-let market; we are open for business and here ready to support existing and new customers.