IT SEEMS astonishing that so much can change in such a short period of time, but figures released today highlight the resurgent UK housing market, as asking prices reached record highs in July.

The latest house price index from property search portal Rightmove suggests that the average asking price of properties coming to the market over the last month has hit the highest levels since the index began. The report points to an average increase of 2.4 percent on the previous record-high asking prices in March pre-lockdown, and a 3.7 percent annual rise which is the highest since December 2016. The average price of property coming to market in July is £320,265 compared to £312,625 in March.

Buyer demand also appears to be strong as we head into the peak summer moving period, with a 75 percent increase in enquiries for properties in July when compared to the same period last year.

This interest is translating into a rise in the number of sales being agreed, which is also far higher this month when compared to July 2019 across England, Scotland and Wales.

Clearly, Mr Sunaks temporary cut to stamp duty also had an immediate, positive effect on buyers in England, as the number of sales agreed in the five days after the announcement rose by 35 percent on the same period last year.

Miles Shipside, Rightmove director and housing market analyst commented: The unexpected mini-boom continues to gather momentum as more nations reopen. The busy-until-interrupted spring market has now picked up where it left off and has been accelerated by both time-limited stamp duty holidays and by homeowners reappraising their homes and lifestyles because of the lockdown. 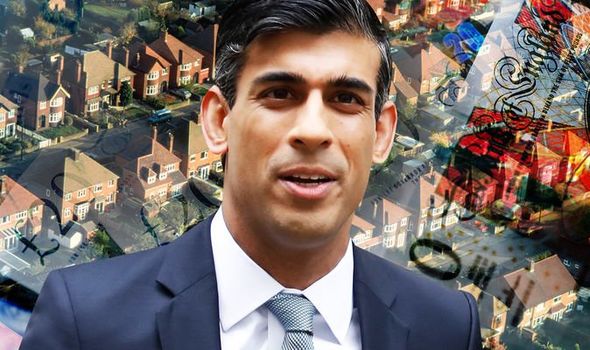 House prices: The stamp duty holiday has seen asking prices surge (Image: Getty Images)
The strength of buyer demand has contributed to record prices, with the 3.7 percent annual rate of increase being the highest for over three and a half years. These figures are the earliest indicator of house price trends.

"They show on average prices gently rising not falling, and this will be reflected in the coming months in other house price reports."

Miles continued: There is a window of opportunity for sellers to come to market and to find a buyer who is tempted by the stamp duty savings.

"Although March next year may sound like a long time away, in reality sellers need to find a buyer before Christmas, to allow a further three months for completion of the legal process to beat the deadline.

Verifying that todays report is an accurate reflection of whats actually occurring in estate agents offices up and down the country, former RICS residential chairman Jeremy Leaf is clear that: Rightmove are confirming what we have been seeing on the ground but with one important difference; in other words, further release of pre-lockdown pent-up demand has been given added impetus by the stamp duty holiday and greater availability of low-deposit mortgages.

UKs most in-demand coastal town revealed as buyers seek seaside homes
However, we are also finding that most of the buyers and sellers are telling us they are bringing forward moving decisions so they are not necessarily as many fresh enquiries.

"We get the impression too that many recognise this may be a relatively short-term surge as government support schemes start to fall away and news about the economy is not very encouraging.

Marc von Grundherr, Director of London estate agency chain Benham and Reeves shares a parallel market outlook around current activity levels, and stated: Prices are up, enquiries are through the roof and sales are being agreed like billy-o and thats even before the effects of the temporary stamp duty reprieve have had time to kick in."

Previous reports from a number of doomster commentators as to the demise of the UK property market seem to have been greatly exaggerated, asserted Marc.

Its not only London thats seeing the market bounce back. Martin Walshe, Director at Cheffins estate agents in Cambridge observed: Post-lockdown were as busy as we have been at any time in the past five years and demand is at such a level that we have had over 25 properties go to sealed bids in the past four weeks.

"We havent seen a market this competitive in years and we expect it to get busier still as the stamp duty slash starts to take effect.

Roger Wilkinson of estate agents Wilkinson Grant in Exeter concurred: The welcome surge in activity, following the easing of restrictions in the estate agency sector, continues unabated here in Exeter and the wider local area.

"Exeter is drawing a high proportion of out-of-area buyers competing in a highly motivated local market. With demand and confidence high, in the last nine weeks our Exeter and East Devon offices have agreed, exchanged or completed on over £50million worth of sales.

"Many of our new listings have attracted multiple offers within a week or so of launch and many have been agreed in excess of pre-lockdown valuation guides. 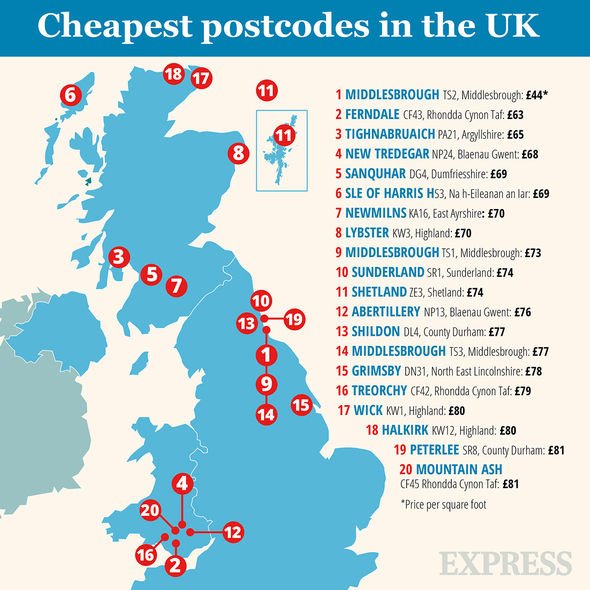 While all of this may be great news for those sellers who are keen to cash in on the current buying bonanza, questions have been raised about how many prospective purchasers will actually be able to take advantage of Mr Sunaks stamp duty savings.

In recent weeks, many lenders have temporarily withdrawn their lower deposit mortgage products, meaning that those with smaller amounts of capital to put into their purchase have seen their borrowing options severely restricted.

Islay Robinson, CEO of specialist high net worth mortgage brokers Enness Global pointed out this log-jam is now easing, as lenders including Metro, Nationwide and the Coventry Building Society all re-launched their ten per cent deposit mortgages this week.

Islay commented: We are now seeing a welcome return for higher loan to value mortgages at all levels, especially for first time buyers which will now fuel the market from the bottom.

Of course, rises in prices are only sustainable if buyers remain confident in their employment prospects and the current level of demand continues. Given the increasing concerns around widespread job losses, particularly in the retail, leisure and tourism sectors, some have suggested that those who purchase now in a bid to take advantage of the stamp duty holiday could see any savings wiped out should property values reduce in the not-too-distant future.

Miles Shipside also cautioned sellers to be realistic when considering how much they can actually achieve for their home, and concluded: While property is selling much faster than a year ago, its important not to over-price and miss this window. Its still a price sensitive market with buyers having limits on what they are able to borrow, with the uncertain economic outlook making them more cautious.