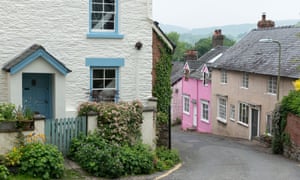 The average price of a home increased by 1.6% to £249,870 in September from August. Photograph: Alamy

Mortgage applications in the UK have surged to a 12-year high as house prices rose at the fastest annual pace since mid-2016, the mortgage lender Halifax has reported.

Halifax, which is part of Lloyds Banking Group, the UKs biggest mortgage lender, said the market was fuelled by a desire for more space, with more people working from home during the Covid-19 pandemic, but warned that rising unemployment and recession would suppress demand further out.

The average price of a home rose by 1.6% to £249,870 in September from August, marking the third consecutive month of substantial gains, Halifax said. This pushed the annual growth rate to 7.3%, the fastest since June 2016, from 5.2% in August.

Russell Galley, the managing director of Halifax, said: Few would dispute that the performance of the housing market has been extremely strong since lockdown restrictions began to ease in May. Across the last three months, we have received more mortgage applications from both first-time buyers and home movers than anytime since 2008.

There has been a fundamental shift in demand from buyers brought about by the structural effects of increased homeworking and a desire for more space, while the stamp duty holiday is incentivising vendors and buyers to close deals at pace before the break ends next March.

Data from the Bank of England last week showed that mortgage approvals had risen to the highest level in almost 13 years in August and the mortgage lender Nationwide, the UKs biggest building society, also reported that house prices in September rose at the fastest annual rate since the aftermath of the Brexit vote in 2016.

The housing market has bounced back in recent months after grinding to a halt during the coronavirus lockdown in March and April when viewings and house moves were banned. Demand has returned, for now, helped by temporary cuts to stamp duty. However, economists are warning of a big rise in unemployment after the governments furlough scheme ends on 31 October.

Galley said the release of pent-up demand and the stamp duty holiday could only be temporary fillips. It is highly unlikely that the housing market will continue to remain immune to the economic impact of the pandemic. And as employment support measures are gradually scaled back beyond the end of October, the spectre of increased unemployment over the winter will come into sharper relief.

Therefore, while it may come later than initially anticipated, we continue to believe that significant downward pressure on house prices should be expected at some point in the months ahead as the realities of an economic recession are felt ever more keenly.